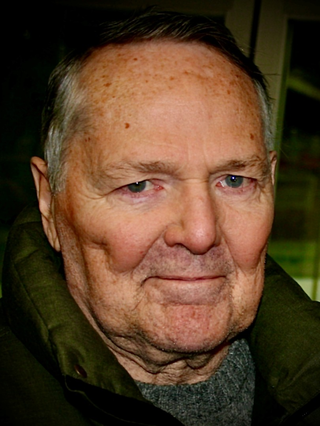 Captain David Bruce Kollitz, age 83, of Hudson, Wisconsin, died on December 31, 2020 of complications from diabetes and lymphoma. The eldest child of Karl Wilhelm Kollitz and Clarisse Jeanette (Travillion) Kollitz, David was proud to have grown up in Thief River Falls, Minnesota, where he ran track and played hockey and the trumpet (among other activities), graduating from high school in 1955.

From Thief River Fall David moved to Minneapolis to attend the University of Minnesota. As a U. of M. college student David was a member of the Delta Tau Delta fraternity. It is ironic that future NWA pilot Richard Duxbury was a Delta Tau Delta fraternity brother. David also held a part time job delivering prescriptions for a local pharmacy. About this time in his busy life, the future wife and lifetime partner Rozanne (Peterson) entered David’s life.

In 1958 David Kollitz enlisted in the U.S. Navy as a Naval Aviation Cadet (NAVCAD). His fraternity pal Dick Duxbury received his USN commission and entered pilot training at NAS Pensacola, FL close to the same time as David. While at Pensacola, David and Dick Duxbury would spend weekends talking and debriefing about flying the T-28 in formation, gunnery, and carrier qualifications. After Pensacola both David and Dick were sent to NAS Corpus Christi for multiengine aircraft training and to enter the Navy pipleline for flying large patrol aircraft. It was at NAS Corpus Christi that David learned to the fly the Martin P5M twin piston engine seaplane. His first operational squadron was to be at NAS North Island at Coronado, CA. At this point David and Dick split career paths, David going to the west coast and Dick to the east, both were destined to meet again in the future at Northwest Airlines. 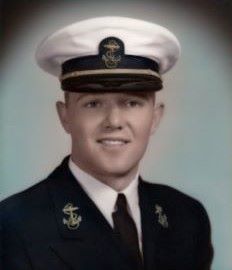 David and Rozanne Peterson were married in El Centro, California in 1960. At Coronado in 1961 the couple welcomed their first child, daughter Kristen Jane. David served as a pilot in an incredibly unique seaplane flying anti-submarine, maritime patrol, and fleet support missions for the Navy until separating from active-duty Navy in 1963. Again, a civilian, David and family returned to Minnesota where he enrolled at the University of Minnesota. He finished up his undergrad degree, graduating from the University of Minnesota in 1964 with a bachelor’s degree in business. After a brief time at Prudential Insurance Company, David yearned to return to the cockpit and sought employment with Northwest Orient Airlines. He was hired by NWA on June 21, 1965. His first crew position was Second Officer on the Boeing 727 based at MSP. He also qualified on the Boeing 707 series as Second Officer and eventually First Officer. By 1968 David was also serving as a Boeing 727 instructor. During the years 1966-68, his son Jon David and daughter Karyn Anne were born. In 1969 David qualified as a captain on the Boeing 727. Like a lot of NWA pilots, the Boeing 727 would remain a beloved favorite.

In 1972, just as his airline career was beginning to really roll, David was diagnosed with Type I diabetes and soon became insulin dependent. Insulin dependency was an automatic FAA medical grounding. His flying career was over.

For a third time David returned to the University of Minnesota, earning his MBA in 1974. He then began his career as a Certified Public Accountant with Anderson and Sieberlich (McGladrey Hendrickson and Company) in Stillwater, MN. The family moved to nearby Hudson, WI in 1977. David eventually started his own practice in Lake Elmo, MN in 1985 and his wife Rozanne could often be found helping at the office, especially during tax season. Daughter Karyn (Wilgren) joined as a partner and the firm became Kollitz and Wilgren, Ltd. in 2002. David retired in 2009 at the age of 72 and Karyn is still involved in this business today.

In retirement David would remain in contact with is NWA pals. He was especially close to NWA pilot and training manager Ed Johnson. These men would almost always been seen on the annual RNPA St. Croix River boat cruise. Both David and Dick Duxbury would get together with other ex-USN pilots who had flown the Navy P5M Seaplane and tell ‘ole seaplane pilot’ tales.

Family life, first raising their own children, then as grandparents in the early 1990’s, was a great source of joy for David and Rozanne. Tragically, that was challenged by the sudden illness and death of Rozanne in 1997. As Dave’s group of grandchildren grew larger, his love and appreciation for each of them deepened and sustained him in his later years. He was always involved in each of their lives and was kept busy attending all their musical and athletic events. The Kollitz grandchildren (and children) have learned numerous life-lessons from their tough, humble grandfather, and for that they are grateful.

The Kollitz family wishes to thank Dr. Bruce A. Peterson, who for many years, David entrusted to “captain the ship.” A private burial will be held in the spring. David was always quietly very generous to those in need, especially children; memorials in memory of David B. Kollitz may be sent to St. Jude Children’s Research Hospital.