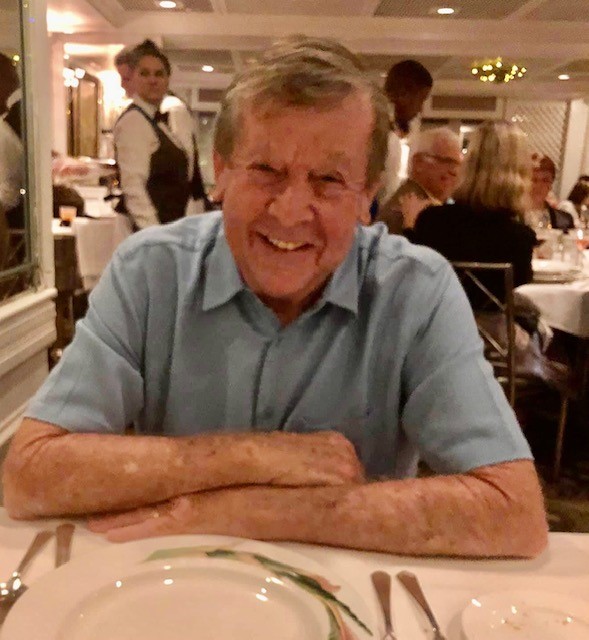 Captain Doug Harrison, age 78, of Little Torch Key, Florida died on Tuesday, Dec. 22, 2020 due to complications from an accidental head injury sustained in October. Doug was born on January 18, 1942 in Baltimore, MD to parents Carl Lee and Rita Marie (Russo) Harrison. His father worked on the Baltimore & Ohio (B&O) Railroad and during the railroad strikes worked as a plumber. Doug had two older brothers, Donald and Lee, and an older sister Olivia. He was the youngest of the Harrison clan.

Doug grew up in Ellicott City, MD, a suburb of Baltimore located directly west of the inner harbor of Baltimore and adjacent to Catonsville. He graduated from Catonsville High School in 1960. He started an engineering program at the University of Maryland and completed an Engineering Degree (BS) while on active duty as a Naval Aviator. Doug later completed a master’s degree (MS) in paleontology from University of Minnesota while flying the line at Northwest Airlines. He was obviously a self-disciplined fellow who was into completing tasks.

Doug enlisted in the U.S. Navy in Feb. 1961. He was trained as an air traffic controller and Ground Controlled Approach Radar (GCA) specialist and served at NAS Midway Island and NAS Olathe, Kansas. On June 25, 1963 Doug entered the USN Naval Aviation Cadet pilot training program at Pensacola, Florida. On December 17, 1964 he received his Wings of Gold and his USN commission as an Ensign. His next assignment was to Naval Attack Squadron VA-66 (A-4C) at NAS Jacksonville.

VA-66 cruised the Mediterranean aboard the aboard aircraft carrier USS America (CV-66) from October 30, 1965 until September 20, 1967. While on the USS America Mediterranean deployment and made Doug 384 catapult shots and 379 arrested landings. The pace was brisk, 2 or 3 flights a day.

In early 1967, the Navy asked for volunteers to transfer to the West Coast for combat assignments to Viet Nam. The Navy was experiencing a shortage of both VF (fighter) and VA (attack) pilots and Doug volunteered for the transfer. He was assigned to VA 76 based in Lemoore, California. After a short training period in NAS Lemoore, in February 1967 his squadron was assigned to the aircraft carrier USS Bon Homme Richard (CVA 31) for a tour in the South China Sea (Viet Nam). During the deployment he had occasions to fly off the carrier to both Danang and Chu Lai for diversion purposes, to pick up specialty items, or trading aircraft. He flew a total of 114 combat sorties in Viet Nam and was awarded the Air Medal, Navy Commendation Medal, Vietnam Service Medal, Vietnam Campaign, and National Defense ribbon.

After the combat deployment ended in August 1967, he returned to NAS Lemoore as an instructor pilot. Since he did not have enough time to do another deployment, he was assigned to VA 125 which was the A4 training squadron for the West Coast. In June of 1968 Doug was released from active duty and for the next two years he flew with the Naval Reserve. Doug was honorably discharged from the US Navy on April 28, 1975. During his years as a Navy attack pilot Doug logged 408 catapult shots and 401 arrested landings. Total flight time was 1291.2 hours. He flew the T-34, F-11, F-9, T-2A, A-4B, A-4C, A-4E, A-4F and TA-4F.

On August 05, 1968 Doug began a thirty-five year career as a pilot for Northwest Airlines. He worked his way up from Second Officer to Captain. His list of FAA type ratings includes the: DC-10, A-320, B-727, B-757, M-767, B-747 (classic) and B-747. In addition to flying the line, Doug also served as a check airman and flight instructor for NWA Flight Training on all the aircraft listed above. In 1977 a small cadre of select NWA pilots served as instructors for Kenya Airways at Nairobi. During his tenure in Kenya Doug had an opportunity to meet the celebrated African leader Jomo Kenyatta. 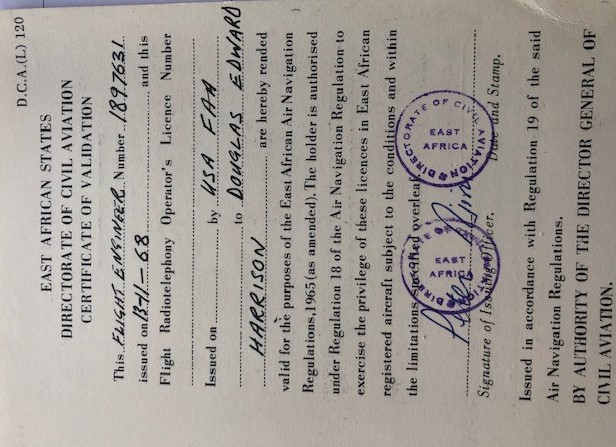 Among Doug’s fondest memories is flying a charter flight to Cuba with a Minnesota business fact finding delegation. He was given an opportunity to meet Fidel Castro. His impression of Fidel was one of a very tall man who stank to high heaven.

March 17, 1981 (Patrick’s Day) Doug encountered a brand-new flight attendant named Susan Dirks on a four-day domestic NWA trip. The Captain on this trip pattern was Stew Schroeder and Doug was the First Officer. At their Orlando layover the crew toasted St. Patrick’s at Bennigan’s. The next evening the party resumed in Milwaukee at Nick’s Nick-A-Bob (riding the bull of course) wearing oversized green Styrofoam cowboy hats. The next day Stu and Doug made quite an impression on the NWA ramp crew as they taxied to the gate at MSP wearing the green cowboy hats.

Two years later the couple built their home in the Florida Keys and still reside in the same house today. Doug and Sue had no children.

Retirement for Doug lasted almost nineteen years.  He and Sue travelled the United States in their RV, always accompanied by one or two dogs.  Doug had a personal passion for paleontology; therefore, it was no surprise that the couple set to digging for fossils in the Black Hills, the Green River Valley, in Iowa quarries, and other sites in South Dakota, North Dakota, and Wyoming.  Unfortunately, Doug never made it to Jerry Kreuger’s farm to dig. Doug acquired an extensive collection of rare fossils collected and purchased over the years.

Since Doug and Sue built their house on a canal on Little Torch Key, there was always had a boat tied up to their dock.  Doug especially enjoyed deep sea fishing, bottom fishing, diving, spearing fish and hunting for lobster.  We did boat trips to the Bahamas and Fort Jefferson in the Dry Tortugas. Until they lost their last boat in Hurricane Irma.

Life was not just about saltwater recreation, Doug enjoyed rebuilding old cars.  He rebuilt a 1958 MGA and a 1958 Triumph.  Unfortunately, both cars were lost during hurricanes.

Doug was involved in our local county politics. He was active in the Southernmost Republican Club and instrumental in several campaigns, including our County Commissioner, our State Attorney, and one of our School Board members.  His proudest campaign was as campaign manager for Monroe County Sheriff Rick Ramsay.  Rick is now in his third term as Sheriff.

This is hardly the total list of Doug’s community service, his service to others was extensive.

Doug was cremated and will be buried at sea on January 17, 2021, which is the day before his 79th birthday. He is survived by his wife, Susan Dirks Harrison and his puppies, Flash III and Elie II; his beloved in-laws, Harlan and Darlene Dirks; Nathan and Valerie (Dirks) Behounek, Carie Behounek, Juliet Sherman, Jacob and Amy Behounek, Aaron and Sarah (Behounek) Kassen; Sandra Dirks; David and Ardella Dirks, Ryan and Shelby (Dirks) Speicher, Todd Dirks and Hayley Proenza, Kyle Dirks and Ryan Gruber, Ryan Dirks, Natasha Ribby and Jake Dirks.