Bears and Bisons by Gary Ferguson

Each time a U.S. carrier of the Sixth Fleet made a Trans Atlantic crossing either going to or coming from the Mediterranean during the cold war with the Soviets in the ‘60s they would send either a Bear or a Bison, and sometimes one of each together, to overfly the carrier in the mid Atlantic to show they could do it.

The “Bear” (TU-95) was a huge sweptwing bomber with four turboprop engines swinging immense counter-rotating props. The “Bison” (M4) was a bomber not quite as large with four jets mounted in the wings close aboard the fuselage.

Since the F-4’s primary job was intercepting threats to the task force, and the carrier specifically, my squadron was assigned that job on this beautiful clear day in the middle of the ocean. I was one of two to make the intercept that day. Both of our jets were loaded with full missiles; four Sparrows and four Sidewinders.

At exactly 100 miles, and at some unremembered higher altitude, I slid into position just under and behind the Bear’s left wing tip, maybe 30 or 40 feet away. My RIO had been taking photos to document everything for the intelligence folks. He said, “Look at that bubble window midship.” A crewman was holding up a Playboy centerfold and smiling!

Some things never change. He got good photos of that, but the cameras belonged to the intelligence guys and they ignored our pleas for copies. 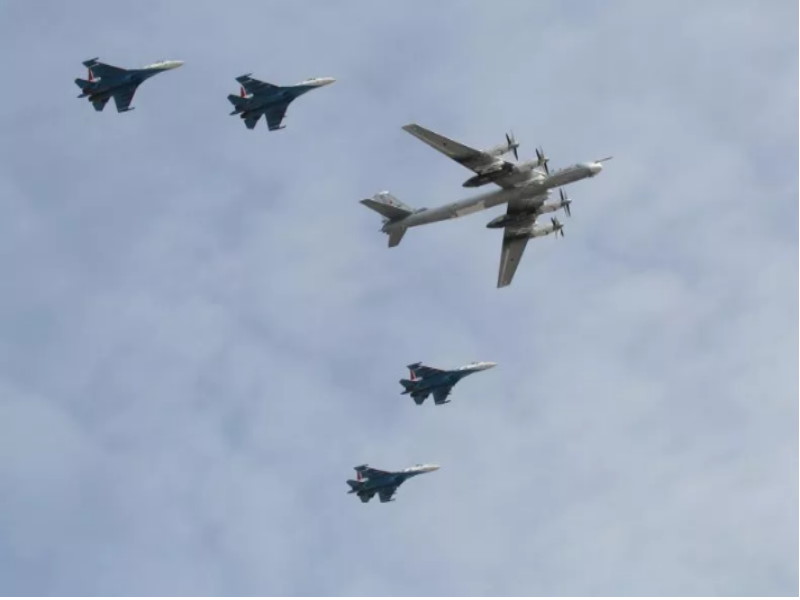 3 thoughts on “Bears and Bison”