The pilot and RIO (Radar Intercept Officer) dressed in full flight gear, seemed to possess a bit of swagger as they walked from the fligh 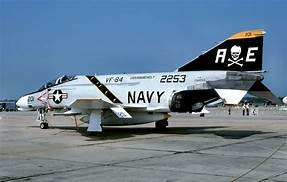 After a normal preflight inspection they climbed into the cockpit as our small gathering of pilots and aviation maintenance workers watched with a bit of envy.  They had an audience and they knew it.  The two huge J-79 General Electric engines screamed to life. The day was beautiful with calm winds, near perfect temperature, and clear skies. These guys had the honor of center stage.

The magnificent aircraft taxied to the runway and into the takeoff position. The engines roared, the acceleration was impressive, and the afterburner flame patterns were deflected by the runway surface as the pilot eased the nose up to the takeoff attitude. The aircraft leaped into the air.

The landing gear and flaps were quickly retracted and a left turn was started. The murmur in the audience was evidence that everyone had been impressed.  The F-4 crew had presented a show that was appreciated.

Turning and climbing rapidly, the engine noise suddenly went silent.  The aircraft stopped climbing and for a short time maintained altitude as it slowly transitioned to a higher angle of attack.  Something was wrong!

With the nose higher than normal the aircraft started a descent toward a heavily populated hillside in the city of Alongapo.  We stood silent, not comprehending what we were seeing.  Suddenly, the canopies popped off and two very small objects flew from the stricken aircraft.  Two parachutes deployed and made only one swing before the “objects'' touched the ground.

The crew members returned to earth only a short distance from the tremendous explosion.

A helicopter that happened to be flying nearby quickly picked up the uninjured crew.  Within only a very few minutes they were deposited on the ramp at about the spot where their jet had been parked.  They scrambled from the side door after their short helo ride.  If there was any swagger remaining, it was very difficult to detect.

Why would two normally reliable engines on a modern fighter plane flame out at the same time?  The reason was never known to me.  The jet came to earth in an area crowded with shabbily built small houses---there had to be casualties, probably many.

I manned, started, and departed (with little fanfare) in my not so hot A-4 Skyhawk. The engine performed perfectly which made me very happy. 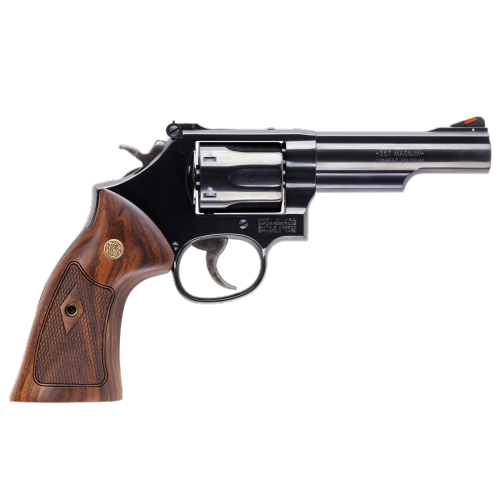 Glenda and I threw our carry-on bags onto the inspection table as we went through the security routine at the Reno, Nevada airport.  She was cleared and walked ahead. The agent dug into my camera bag and recoiled as if he had touched a snake. With two fingers he reached into the bag and, to my complete shock, gingerly extracted my Ruger, Security Six, 357 Magnum handgun.

A hike in the Alaskan wilderness was the beginning of the events that led up to this occurrence. Wayne Anderson and I had decided to do a backpacking trip in the Denali National Park. This was grizzly bear country and it was strongly suggested that we take along a weapon as part of our equipment.  I bought that handgun from Steve, a friend and firearms expert.

This hardware traveled in my luggage to and from Alaska.  We saw fourteen bears in the wild but there had been no situation that required us to use the weapon.  At this moment, it is loaded and in our home in a special place for security reasons.  After about thirty years it still looks and works as well as it did when new.

After my retirement from Northwest Airlines, Glenda and I had chosen to travel and live in a forty-foot diesel powered motorhome.  For nearly three years we had traveled around this wonderful country, mostly west of interstate I-25 which runs north and south through Denver, Colorado.  It had been a great adventure, but we were becoming weary of having no roots or regular friends.

Two years earlier we had put money down on a townhome that was scheduled to be built sometime in the future.  Upon being notified that the unit was complete, we secured a mortgage and made plans to move in. The motorhome was put up for sale.

In the process of moving from our “home with a motor” I threw the revolver into a canvas bag with my Nikon camera equipment.  It was soon forgotten.

A long-time later we planned to fly from Reno to Denver to visit Kelly and Mayan, our daughter and granddaughter.  We had not used our fancy Nikon camera very much and decided to give it to Mayan. The camera bag was grabbed at the last moment with no thought that it still contained the pistol. I was shocked and humiliated! Needless to say, we did not travel on our planned flight.

The gun was confiscated, and I was taken to an office where we waited on the security officer that was in charge.   He arrived with mussed hair and CPAP impressions on his face.  He was upset and unsure as to what course of action he should take.

I had said very little, and he began asking me questions.  He presented an angry and hostile attitude.  After a short time, I asked if I could speak.

I admitted that a big mistake had been made.  After I informed him that I was a retired Northwest Airlines captain, A Marine officer and pilot, and a Vietnam war veteran, his attitude softened. He sputtered to a halt, then said, “Well, I am surprised that you did not take proper precautions with your pistol.”  I completely agreed and admitted to being very embarrassed.

After several months, a $1300 fine was assessed and paid.  It was promised that any reference to this incident would be removed from my record.  I wonder if this actually happened since on two occasions while crossing the border into Canada our car has been searched with no explanation.  Was that incident from long ago still on my record?

Several months later I was informed that my firearm could be picked up at the airport in Reno.  The pistol was returned to me but the ammo that was loose in the bottom of the camera bag was retained.  I assume that they did not want me to load my gun and shoot up the building during my departure.

I had made a dumb mistake and paid the price.  All airport security checkpoints and border crossings were, thereafter, approached with greater respect and prior self-examination. 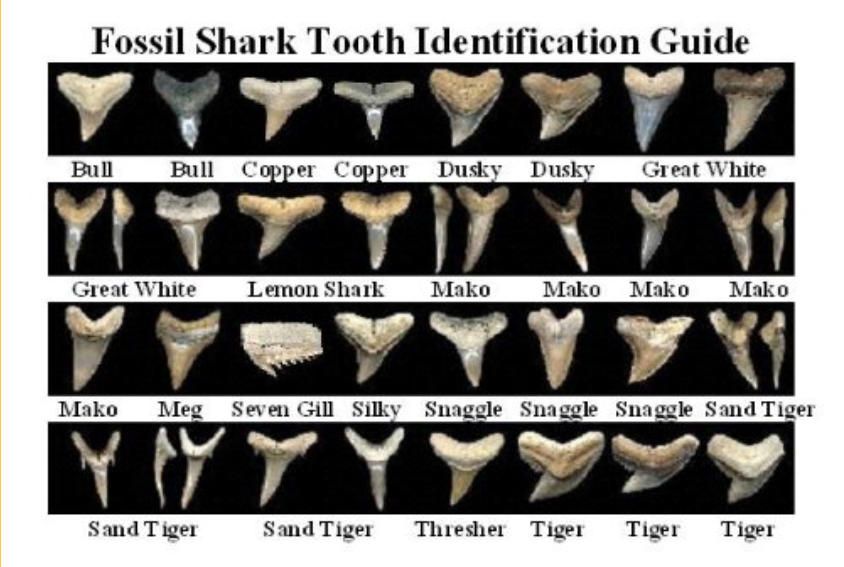 A road in northeastern Mississippi was going through a major overhaul.  Curves were straightened and hills were being cut down to accommodate a new four-lane highway.  A small article in the Commercial Appeal, a Memphis,Tennessee newspaper, told of this project and mentioned that ancient fossils had been found.

At the time I had no idea that long ago an inland sea covered a large portion of what is now considered the mid-south.  This road happened to cross a multi-million-year-old beach.  For a very long time, sharks had lived out their lives along this shoreline. When these prehistoric sea dwellers died their bodies washed to the water’s edge and decayed. The teeth remained intact and served as the only evidence that these sharks ever existed.

I could not resist!  My little Toyota pickup seemed happy to take me to this road construction site. There was no pavement and only two other cars were present at the place that the newspaper article described. The earth moving machines had widened the right of way which created ample shoulders.

Soon after I had parked my truck, a man who was carrying a flat cardboard box approached. He said, “Look what I’ve found!”  The entire bottom of his box was covered with what appeared to be thousands of shark teeth.  When asked where they had been found, he said, “Everywhere!” as he waved his arm indicating the entire construction site.

The  teeth were small but plentiful. I learned later that the sharks had lived in this sea as much as fifty-five million years ago. Within thirty minutes or so a half cup of these fossils had been collected. I consider these teeth to be treasures but have found that few others share my enthusiasm. Some have been given away, but I still enjoy the thought of their origin.  Even today, I look at them in amazement.

On their little farm, I completed my tour of duty as a caregiver for my aging parents and decided to make the one-hundred-mile drive to the original fossil site. I felt that my memory had failed me in that nothing looked the same. The road was now finished, and vegetation had overgrown the once bare roadside banks and ditches.  The possibility of finding another shark tooth seemed remote.  What was I thinking?  This long drive seemed to be turning into a wild goose chase.

I carefully parked at a safe distance from the edge of the pavement, as cars zoomed along the highway. With very little enthusiasm, I trudged along this remote Mississippi road.  I saw nothing that gave me the slightest bit of hope. Failure!

Making my way back toward my truck, I paused at the base of a small rain-created wash. Upon examining the small pile of deposited soil, I found a shark tooth.  Holy Cow!  It was hard to believe my eyes, but several teeth were in plain view.

A short distance from the place that these teeth were found, l noticed an unmarked parking area near a small flowing stream.  I stopped and grabbed my hiking stick with the thought of exploring this little waterway. The banks consisted of an unusual gray soil that I assumed had been laid down when the area was under water.

The damp earth was slippery as I made my way down the steep slope. There were large boulders (four or five feet in diameter) scattered about.  My descent was going well but as I made my way along the edge of one of these rocks, my stick and feet suddenly lost all traction.  My head bangged against the rock and blood poured from my left eyebrow.

It happened so quickly!  Gathering myself, I struggled up the creek bank and found some old rags in the truck which I used to stem the bleeding.  I drove to the nearest town and with help found an emergency room with a doctor on duty.  The waiting room was half full of patients who looked suspiciously at the blood-soaked rags that I was pressing against the wound.

After a short wait, a nurse seated me in a small treatment room.  A doctor, who happened to be African American, popped onto the scene.  He was a great guy, and we quickly established a friendly rapport. I tried to explain the cause of my injury but he just rolled his eyes. We continued a stream of friendly bantor.

I removed the bloody rag from my eye. He looked over the damage and said, “Yelp, I can stitch this up with no problem, but I can’t do anything about ugly. You will remain ugly for the rest of your life.”

The trip back to my parent’s farm was uneventful.  My mom, who suffered from Alzheimer’s, looked at me and said, “You’ve been fighting again.”

I am proud of my shark teeth!

No thoughts on “World of Darrel”