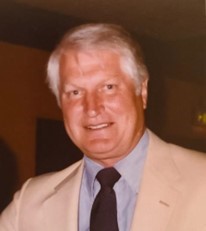 Bart attended Wahpeton High School, lettering in Football, Basketball and Track. Bart attended the University of Minnesota on a football scholarship and was also on the 1953 All Vance Football Team. Bart was associated with the Minnesota Twins owner Calvin Griffin, where he made lifelong friendships with MLB players, coaches, and umpires. Later he would become a scout for the Minnesota Twins. For a while he was the team pilot for the Minnesota Vikings under his friend Norm Van Brocklin. A lifelong Seattle Mariner fan, he was STILL hoping to see the Mariners make it to the World Series, but alas. Also, an avid golfer, Bart learned the game from future LPGA pros, Marlene Hagge and Louise Suggs. He was a member of various golf clubs in Minneapolis and Florida and was still an active member at Rainier C.C in Seattle and Bermuda Dunes C.C. in California upon his death.

Bart’s other great passion was aviation. He entered the Air Force in 1953 and served as a B-25 pilot. On August 07, 1957, Bart became a Northwest Airlines pilot where he worked for 28 years. Bart loved the adventuresome lifestyle of piloting and enjoyed exciting trips to Hong Kong and Hamburg in the early 70’s. He also flew in Vietnam during the war. He retired in 1985 as a 747 Captain and settled in the Washington area.

A maverick man, Bart had great success with raising racehorses at his farm in Kent, WA, racing them at Longacre’s, WA. Later he moved to Wing Point, Bainbridge Island and for the last 20 years was living in Queen Anne Hill in Seattle and wintering in Bermuda Dunes, CA.

Bart had a great love for his wife Carol, who he met in 1974 and married later in 2001. Carol and Bart enjoyed travelling extensively around the world. His favorite place was Africa, doing over fifteen safaris with amazing itineraries created by his wife, Carol. Bart gave generously to the Magudu Primary School in Africa. Bart is survived by his wife Carol, daughter Linnea Esposito (Joe), grandchildren Michael and Julia of White Plains, NY, sister Marlys Smith (Bob), Burt and Marcia Benshoof of St, Paul, MN and Rick Benshoof of Sarasota, FL. He was preceded in death by his parents, Peter and Bertha Bartholomay and brother Jerome. There will be a private family service.