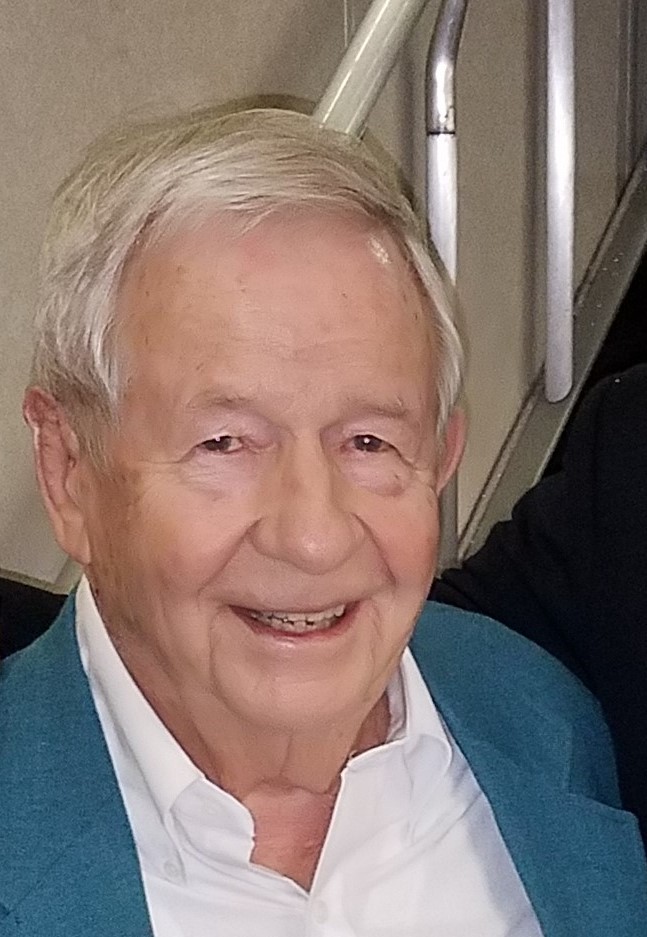 Captain Richard ‘Dick’ Smith, age 94, died January 1, 2023 after an extended struggle with lymphoma. Dick was born in Jackson, Wyoming to Roberta and Reuben Smith, the middle of three sons. He was orphaned at age four, raised by his grandmother in Dodge Center, Minnesota until age 12, and thereafter raised by his Aunt Annie Cooper in Rochester, Minnesota.

Dick’s teenage years can be described as remarkable. Perhaps it was a product of being orphaned, but Dick was a ‘young man with a mission.’ He was a remarkable high school student and National Merit Scholar. He was also a pioneer in forming the local Air Scout movement. After high school he studied pre-engineering at Rochester Junior College. “I figure I’ll have a profession to fall back on if I ever leave flying for some reason or other.”

At the age of 15 Dick launched his flying career by working part-time at the Rochester Airport as a ‘line boy’ for an aerial ambulance service owned by NWA pilot Art Hoffman. In time Hoffman and his partner ‘Red’ Robinson began flight training for young Dick. In short time his duties expanded well beyond that of line boy. Robinson described Dick as being readily adaptable displaying exceptionally good judgement. At age 17 Dick acquired his private license, having already logged 150 hours solo, even though only 30 were required for the license.

Hoffman and Robinson made it possible for Dick, at age 18, to have the distinction of being one of the youngest federally certified flight instructors (CFI) in the United States. In addition, also at age 18, Dick acquired the CAA Commercial Pilot License with an Instrument Rating. Much of his flight time was spent teaching World War II veterans studying at Gopher Aviation under the G.I. Bill. During his time working for Gopher Aviation Dick flew every aircraft in the fleet: Twin-engine Cessnas, Boeing PT-17, Fairchild PT-19, Vultee BT-13 and a variety of small single engine aircraft. 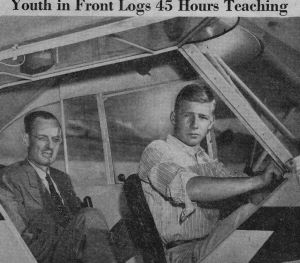 In 1951, at age 23, marriage entered Dick’s well-defined equation for life. Dick married the lovely Eva Rukavina (incidentally another National Merit Scholar). Their bonding launched a 71-year marriage and provided a great home environment for their four sons and one daughter.

During his 41-year career, Dick served NWA Flight Training as an instructor/check airman. He also served Council One ALPA as Council Representative in addition to duty with the negotiating committee. This fellow was always willing to step up to the plate and carry his load.

When NWA acquired the DC-10 I was Dick’s first pilot student – a copilot checkout. Dick was being trained as an instructor by his close friend Elwood McCary. We were using the former Air Force Base at Salina, Kansas as a training airfield. Dick was obviously enamored with the DC-10/40 and passed that enthusiasm on to his students. He had a marvelously smooth hand flying technique that blended well with the DC-10. The checkout went quickly and was a most pleasant experience.

NWA pilot Vic Britt writes regarding Dick's checkout on the Boeing 747: "Dick Smith, Elwood McCary and Neil Potts were close in seniority, best friends, and met for breakfast every day possible. Inspiration says in one word what Dick, Mac, and Neal meant to a host of pilots at Northwest Orient Airlines. In May 1970 at Salina, Kansas, Bill Kish and I were on our fifth second officer training flight, and we had seen some scary approaches and landings from some very senior pilots. This day Dick and Mac were the “student pilots” on their first flights in the 747. From the time Dick and Mac climbed in the left seat until they got out it seemed as if they had been flying the 747 all their lives."

Dick put away his well-worn flight bag for the last time at the end of February 1988. He had reached age sixty - the mandatory retirement age, and thereafter he swapped a 747 for a sailplane. In 2011 Dick smith was awarded the FAA Wright Brothers ‘Master Pilot’ award.

After retirement Dick and Eva became snowbirds spending their winters in Naples, Florida. He continued flying gliders and tow planes in retirement – becoming a familiar face at Stanton Field near Northfield, Minnesota. 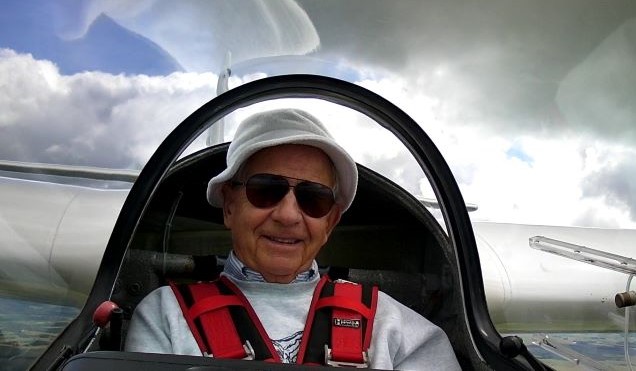 Captain Richard Smith was well-respected by his fellow professionals. Three of his sons became pilots, and one took up aviation as a career becoming a pilot for United Airlines. He is survived by his wife Eva, sons Daniel, Kirby, David, their daughter Sue, and three grandchildren and three great-grandchildren.