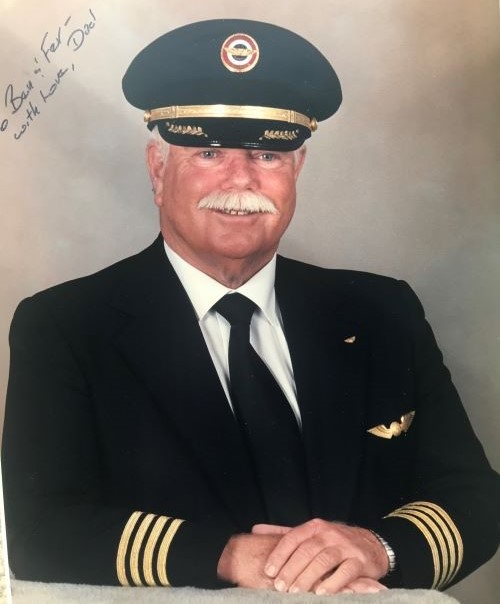 Captain John Kenneth Morley, age 83, died December 08, 2022, in Winlock, WA. Ken, as he preferred to be called, was born on the Hawaiian island of Maui and was raised on both Maui and Oahu. Ken was the oldest of three sons.

His high school years were spent on Oahu, initially living in Kailua in the Maunawili Falls area attending Kailua High School then later graduating from Punahou High School, the same school as President Obama. He played football in high school and was recruited by Penn State University. At Penn State he met and played freshman varsity football under famed coach, then junior varsity coach Joe Paterno. After a year at Penn State, he returned to Oahu and enlisted in the Hawaiian Air National Guard.

Ken became a crew chief on the Convair F-102 Delta Dagger. He applied for and was accepted into the Air Guard Officer Candidate School as a precursor to pilot training. With his new USAF commission Ken entered Undergraduate Pilot Training (UPT) at Laredo AFB, Texas - assigned to the 3640th Pilot Training Wing. Ken underwent UPT flying the Cessna T-37 Tweet and the Lockheed T-33 Shooting Star. After UPT Ken was sent to Perrin AFB for fighter aircraft tactical training and qualification on the F-102. After completion of fighter training, Ken returned to Hickam AFB to stand ready alert with the Air Guard 199th Fighter Squadron.

Ken once remarked that “The best thing I have ever done for myself was joining the military.” In the military he learned the importance of setting difficult goals and achieving them. Probably another ‘best thing in life’ accomplishment occurred about this time; Ken married his wife Linda, who grew up in Kula on Maui, the daughter of one of the island doctors. 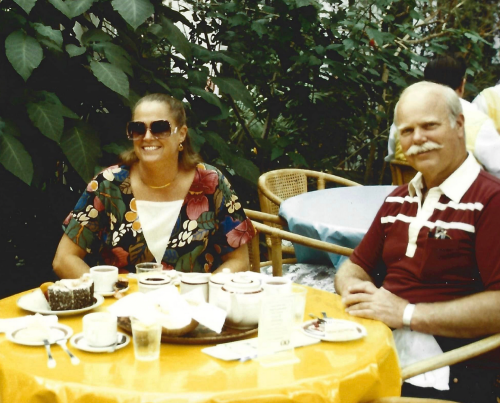 On September 13,1965 Ken and Linda transitioned to civilian life by signing on with NWA. He was off to the Twin Cities for initial training as a second officer on the Boeing 707/720 series. At the end of his training Ken was given a base assignment at Seattle – this was Ken’s plan. He flew a lot of scheduled air carrier flights and military charter flights supporting the US operations in Viet Nam. He and Linda also brought into the world their son Ben and daughter Allison.

As seniority permitted Ken upgraded to copilot on the Boeing 707/720, still primarily flying out of the Seattle base. He transferred to Minneapolis to qualify for a captain upgrade to the Boeing 727. Shortly thereafter in February 1981, Ken was grounded due to a heart problem. Life now suddenly became more focused on rural farm life. After a year Ken was able to qualify for a second-class FAA medical which allowed him to continue his general aviation flying, but no airline flying. Ken’s aircraft interests shifted to general aviation, specifically warbird ownership; first, a Fairchild PT-23 which he flew in local airshows. He then moved up to the North American T-6G, where he flew lead in a four-ship of T-6s / SNJs supporting airshows around the west coast. After the T-6, Ken purchased a splendid Ryan Navion and flew with another demonstration team, the Frasier Blues, based at the Langley Airport in British Columbia. After a good run of seasons with the team, Ken transitioned to flying an Aeronca Champ.

An interesting side note: While at the Boeing Airshow in 1990 he and Linda befriended a contingent of Russians who were participating in US Airshows with Sukhoi SU-27s. Amidst swapped flight patches and flowing vodka, this relationship paved the way for Ken and Linda to visit their new friends in Russia the next year, where Ken was able to earn his Russian Private Pilot’s license.

Ken liked to keep his hand in all kinds of aviation. In his early days he purchased a Piper Tri Pacer and later a Cessna 180 – a real family travel machine. One area exploratory flight in the 70s was to Friday Harbor on San Juan Island. Ken and Linda stumbled upon a farmer willing to sell his whole estate – the land, buildings, equipment, and animals. The Morley’s were now back on an island and ferry bound to one of the most beautiful places in the Pacific Northwest. Ken commuted to SeaTac (KSEA) for work with NWA from Friday Harbor in a Piper Apache with a Geronimo conversion. Using this fantastic twin engine aircraft made a lot of sense as he was traveling over Puget Sound, often during inclement weather conditions commonly known as the “Cascade Ice Machine.” Upon returning home Ken would buzz the house to let the family know he was back; they would all pile in the station wagon and drive to town to pick him up, arriving just as he was pushing the aircraft back in the hangar – such was island life as an airline pilot. Both Morley children graduated from high school at Friday Harbor. In 1993 Ken and Linda sold the farm and moved to Winlock, WA.

When his heart condition deteriorated further, Ken shifted his activities to motorcycling adventures. Never one to stand idle, he purchased a grand motorcycle and hit the road with Linda. Their ventures included the Sturgis Motorcycle Rally. 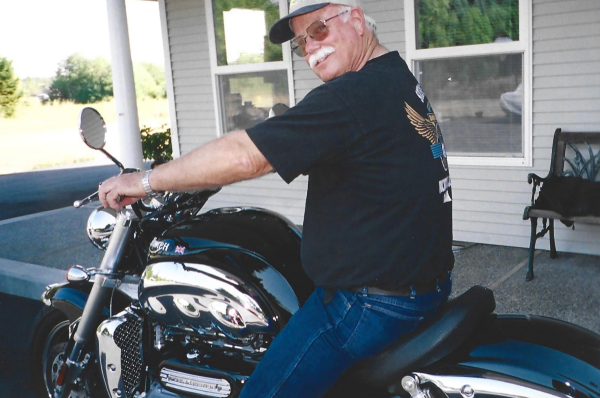 In 1999 to help fund his diverse interests, Ken took a job as a Winlock school district bus driver. With his voluminous personality there is no doubt he left a lasting impression on his student passengers. He drove the no-nonsense “Mr. Morley bus.”