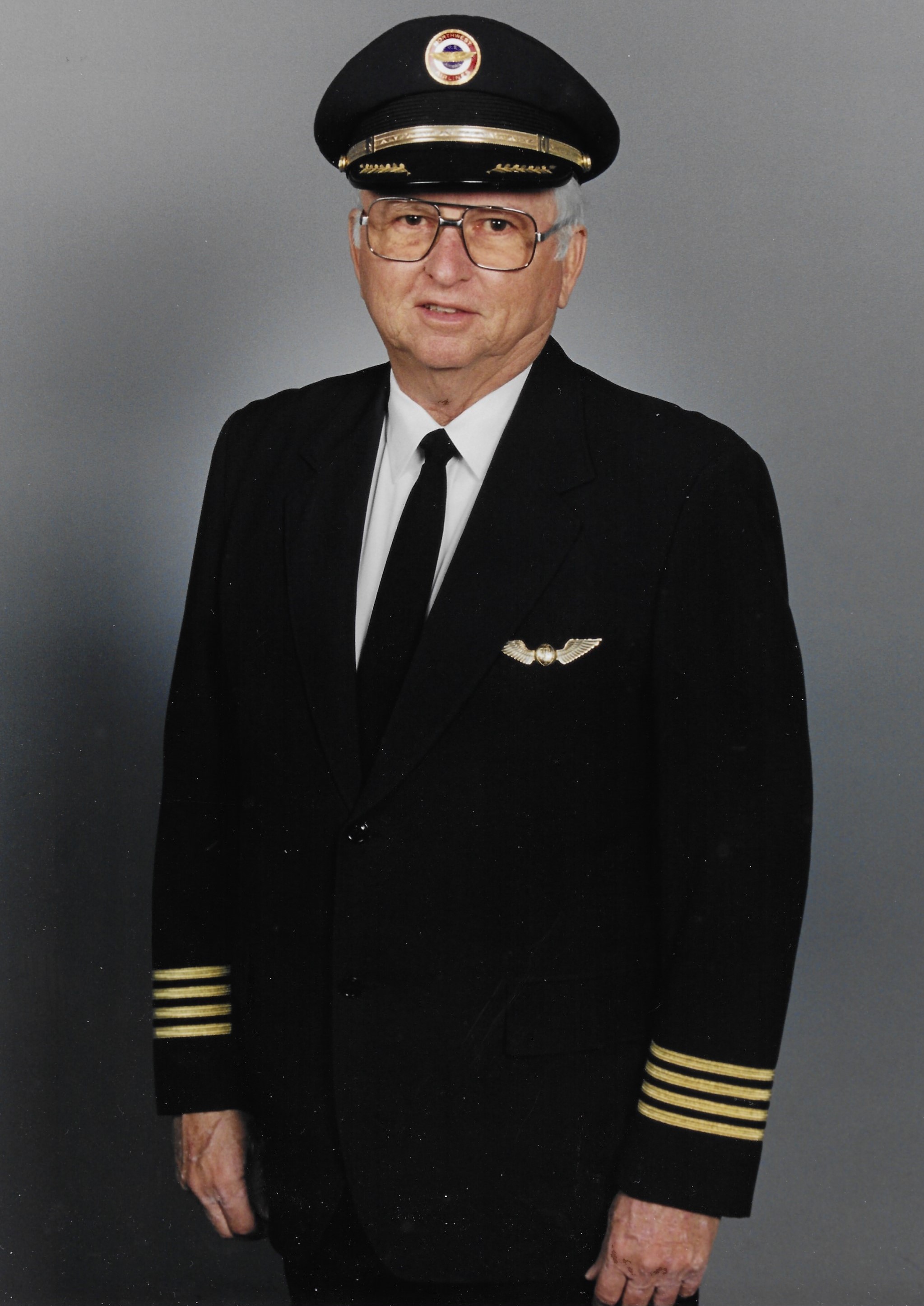 Captain Wayne Ward, age 87, died unexpectedly in a Minnesota automobile accident on July 27, 2022. Wayne was born on July 3, 1935, to Leslie and Ellen Ward in Vandalia, Illinois, their only child.

With an agriculture oriented rural Illinois upbringing, Wayne knew hard farm work and early in life developed a strong work ethic. He was a good high school student and noteworthy basketball player. After high school Wayne headed south to Carbondale, IL where he earned a bachelor’s degree in agriculture at Southern Illinois University (SIU). It is noteworthy that Wayne paid his own way through college by doing seasonal farm work. While enrolled at SIU Wayne participated in USAF ROTC. Upon college graduation in the spring of 1957, he was commissioned a 2/Lt. in the Air Force Reserve.

Fresh out of college, Wayne reported to Texas for USAF pilot training. He enjoyed flying jet trainers, but along the way acquired a unique interest in specialized helicopter training. After earning his USAF pilot rating Wayne reported to Stead AFB, Nevada for 70 hours of specialized helicopter training in the H-19 Sikorsky Chickasaw as well as advanced training in the Piasecki H-21 Shawnee. Thereafter Wayne flew a variety of helicopters with USAF units at McChord AFB and Scott AFB, often flying the H-21 Shawnee, the USAF workhorse. Wayne also served a tour in France, albeit his final active-duty assignment was at Scott AFB, IL. His military connection was separated but not severed.

Throughout his military and airline career Wayne’s wife Rita was at his side. Wayne and Rita were married immediately after college graduation and in time they had two daughters, Lori (Krezowsky) and Debra (Ahrenholz). Between the two daughters seven grandchildren would be born and now great-grandchildren abound.

After ten years of active USAF service Wayne began employment with Northwest Airlines on December 05, 1966. After initial hire ground school Wayne qualified as a second officer on the Boeing 727. He stayed in this crew position for several years, working in flight training as a second officer instructor. These were turbulent labor years at NWA and Wayne sought the security of military flying as a backup to his airline career. The MSP area lacked any USAF helicopter units, but they abounded with the Army reserve components. Wayne resigned his USAFR commission and took a Warrant grade assignment with the Minnesota Army National Guard. Service as a helicopter pilot with the Minnesota Guard supplemented his NWA career for another decade.

Back at NWA, Wayne upgraded to copilot on the Boeing 727, DC-10 and Boeing 747 Classic. In time he upgraded to captain on these aircraft and served two years flying from the NWA Honolulu base. Wayne did upgrade to the Boeing 747/400 for his final base assignment in Detroit. Wayne retired from NWA in July, 1995.

Not unlike other retired NWA pilots, Wayne and Rita became seasonal retirees with quarters in Maderia Beach, Florida and McGregor, Minnesota. Wayne remained a faithful supporter of their grandchildren’s games and school programs. In addition, he fell into a service role via Optimist Clubs in Minnesota and Florida.

Wayne Ward is survived by his wife Rita; daughters Lori and Debra, seven grandchildren and recent great grandchildren. His internment will be at Arlington National Cemetery, at 1400 hours on October 3, 2022.

Wayne you were forged of tough stock, strong, reliable, and of a kind heart. We were privileged to know you.