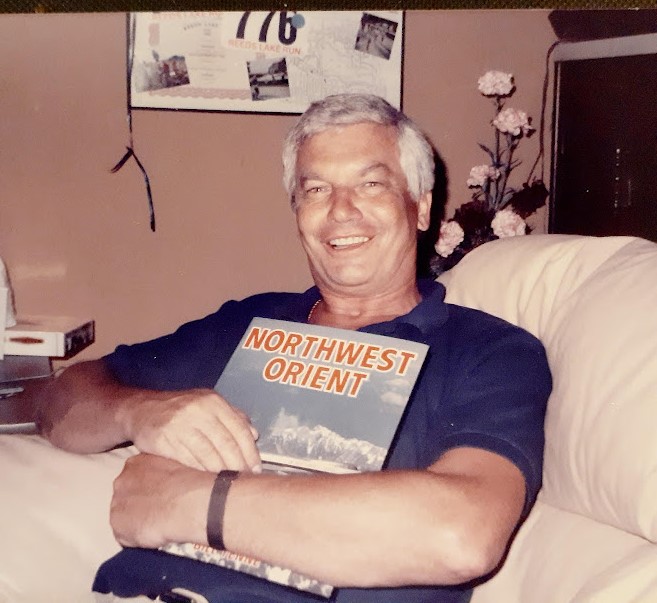 Captain Raney W. (Wally) Walbaum, age 91, died at home in Santa Barbara, CA August 02, 2022. At the end of his life Wally was receiving hospice care at home. He went peacefully given he was ready.

Wally was born January 14, 1931, at Harvey Wells, North Dakota, to Edna (Oleson) Walbaum and Raney August Walbaum. He was the youngest of three children, preceded in birth by sisters Ruth and Dorothy.

During his high school years Wally lived in Detroit Lakes, MN. He was an excellent student, an Eagle Scout, and excelled as an athlete. "Wally was one of the best three athletes to have ever played at Detroit Lakes, if not the greatest athlete to have played," said 1949 DLHS graduate Sis Olson, also a close friend of Walbaum since they were ten years old. Many senior citizens, long term residents of Detroit Lakes, MN, report that Wally Walbaum was the ‘Track Superstar’ of his time. There is more: in addition to track, Wally Walbaum was also an exceptional basketball and football player. His basketball skills earned him high honors as a season high scorer. The Detroit Lakes High School honored Wally Walbaum (Class of 1949) by admitting him to their athletic Hall of Honor. 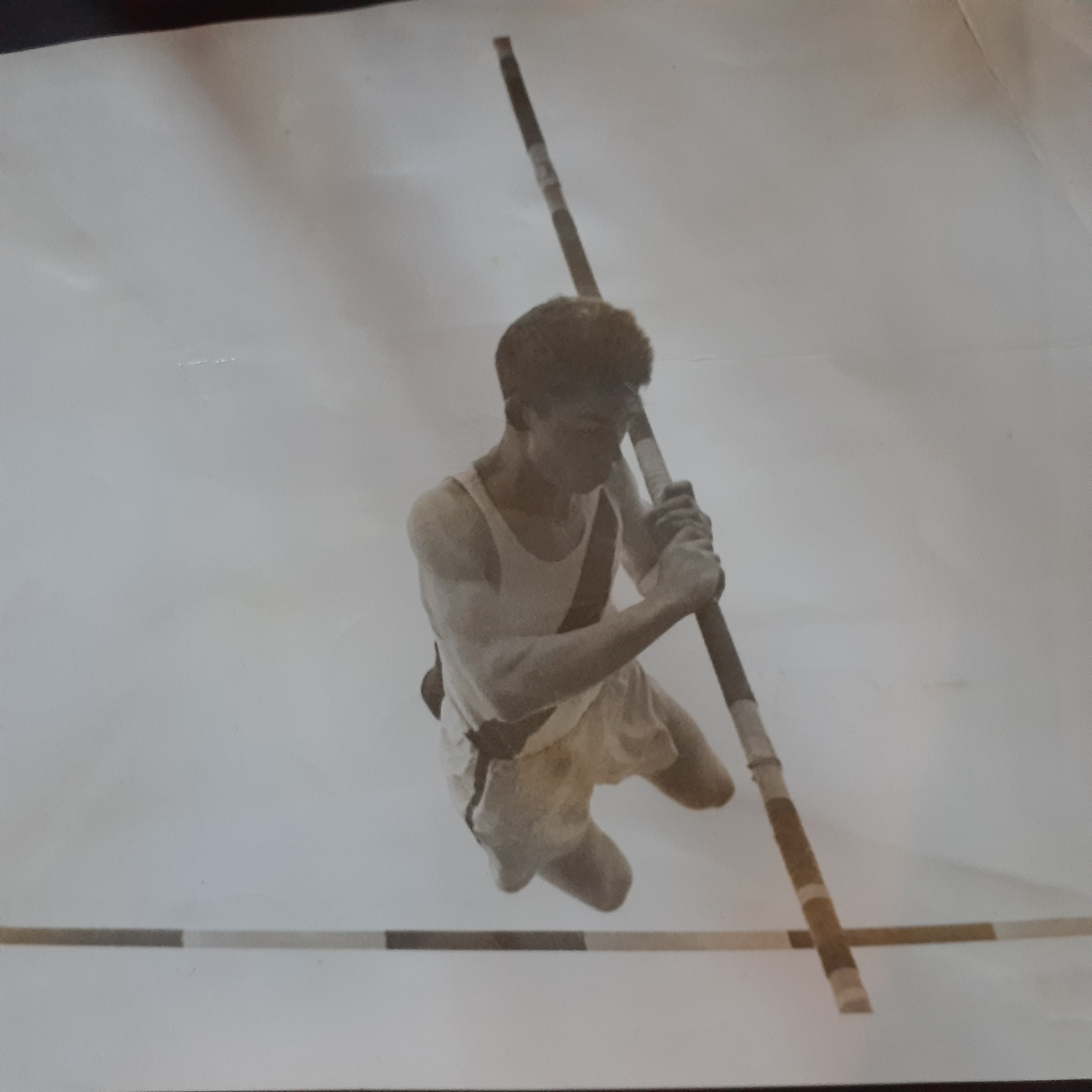 While there Wally was an active member of the Phi Delta Theta fraternity and graduated from the University of Minnesota Spring Quarter, 1953.

As per Wally’s overall ascent to excellence, he entered the military via a non-standard track. In September 1953 Wally entered the Navy as a Naval Aviation Cadet (NAVCAD)… yes there were college graduate NAVCADs. His military, preflight and pilot training at NAS Pensacola, Florida lasted 18 months. In April 1955 during his commissioning and ‘Winging’ ceremony Wally Walbaum was designated the Top Student in his flight training class. 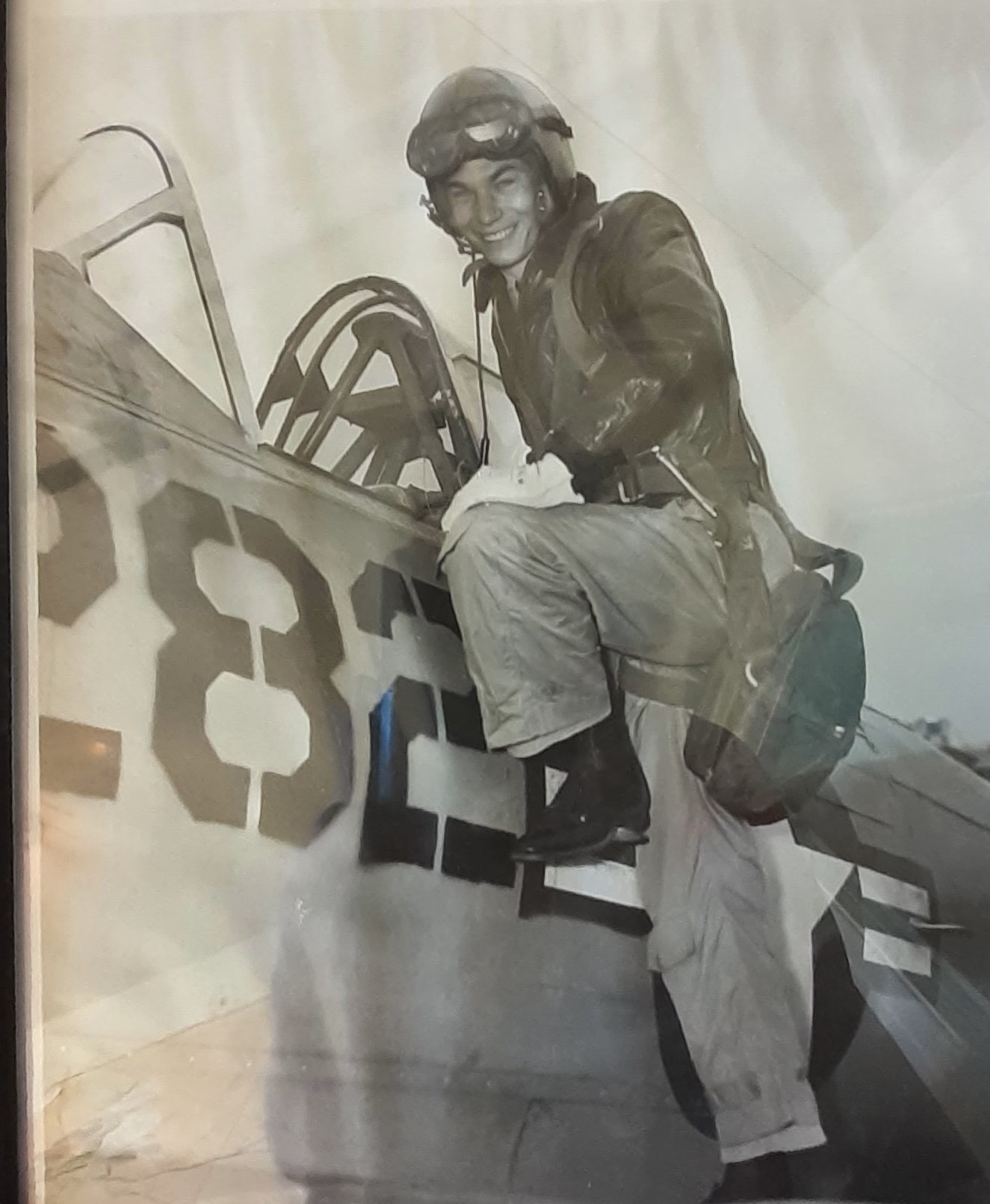 Wally’s first post training assignment was to VMA-331 at MCAF Opalocka to fly the Douglas AD-5. Perhaps flying the AD-5 explains why Wally’s right leg was larger than the left. In 1958 VMA-331 transitioned to the Douglas A4D2 Skyhawk. During his time with VMA-133 Wally frequently participated in flight operations from the aircraft carrier USS Leyte (CV-32).

The year following his initial hire with NWA, Wally married Sandra Jones. Two wonderful daughters came from this marriage: Kim Walbaum and Jodi Walbaum-Vaniman. In 1978 Wally and Sandra parted their lives and were divorced.

Wally married Cheryl Wilson in 1985, the year before his medical retirement.

In the 1960s a group of Marine Aviators in the Twin Cities known as the RAMS, (Raggedy Ass Marines) collectively purchased a cabin on Lake Mille Lac northwest of the Twin Cities in Minnesota. This group of military alumni shared interests in fishing and hunting, especially waterfowl hunting. Wally enjoyed the company of these men and their spirited camaraderie.

In 1986 Wally medically retiree from NWA flying due to lower back disorders. Hardly surprising considering the hard landings from pole vaulting. 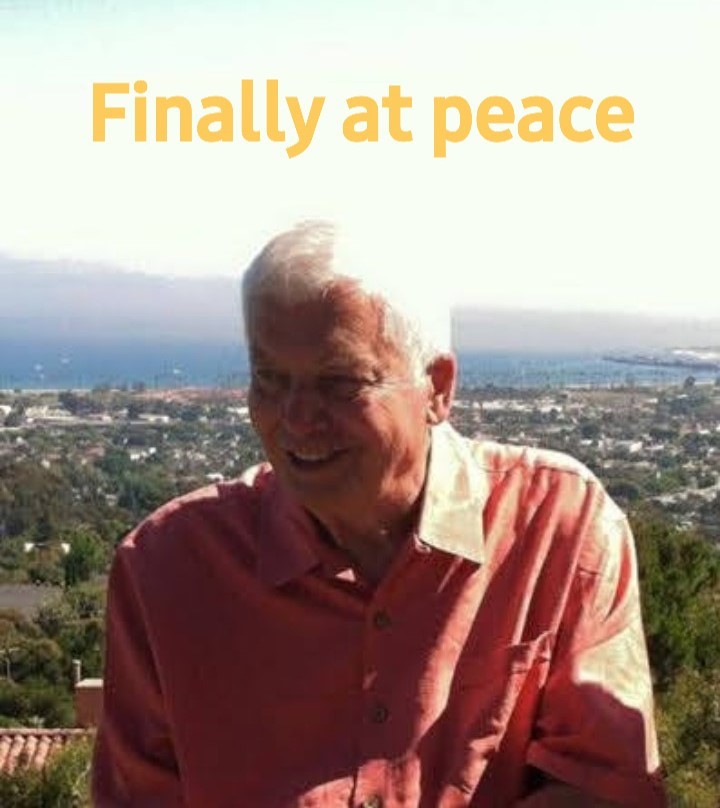 There is little doubt that Wally Walbaum was for those of us who knew him a most memorable personality. He never ceased to uplift our spirits, each encounter with Wally was a positive moment in our day. We are profoundly grateful to have known this remarkable man.

Letter Jodi wrote her Dad 4 months before he died.....I am appending it to Wally's obit because it was a great tribute to the man, pilot we all knew.......

My independence, "Buck Up" you'd tell us. It was instilled in me that if I concentrate and evaluate I can solve, build, or create things on my own without other's help. I had the people around me because I wanted them to be around not because I needed them around.

The ability to stand up for myself wether it be standing up to a friend, foe, or even authority. I have never had what I see in so many other's that coyness or cowardly attitude when another is taking advantage or just straight out is in the wrong

My sense of logic, I truly believe this is why I am so good with computers.

My openess to try new things. I remember you always telling Kimmy and I that we have to try it before we can determine we don't like it. We did this mostly with foods, such as Es Cargo, Rocky Mountain Oysters etc. When change comes my way or something I am just not familiar with I hear your voice in my head telling me "You have to at least try it, in order to say you don't like something."

Because we traveled and I had the opportunity to see different cultures, ways of life and learned how to adapt. It made me unafraid in social situations. I am not uncomfortable speaking in front of quantities of people large or small. I am not intimidated to approach a perfect stranger. I observe people and the way they do and say things that gives me an insight to the culture they live in and can act and speak accordingly.

I also hear your voice when I am in a conversation and may not know the exact definition or process. You instilled this in me by making me always look things up in the dictionary or encyclopedia set we used to have in the living room.

I have a love for fishing, hiking, sking, ice skating, snowmobiling, boating, water sking, diving (our floating high dive board you built between our house and the house the Dr and his wife lived in) swimming, hunting etc... and an overall joy experiencing the great outdoors. You gave me the ability to do all these things in the beginning of my youth which has stuck with me for a lifetime!

SO I THANK YOU FOR BRINGING ME INTO THIS WORLD

SHOWING ME THE THINGS THAT YOU DID

I LOVE YOU DAD!