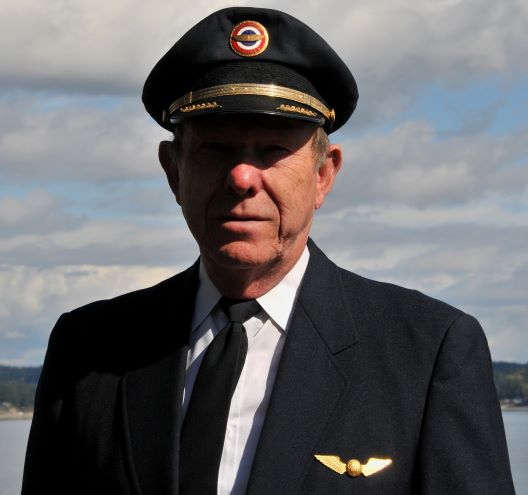 Captain Robert (Bob) D. Shumway, age 82, was born on April 29, 1939, in Hollywood, CA to Kenneth and Roberta Shumway. Bob has three sisters; he was the third of the four children. He grew up in Halcyon, CA, where his father was a general construction contractor.

Bob held several summer jobs and worked as a forest fire fighter in State Division of Forestry during 1957 and 1959.

As a young boy of six years, Bob’s Dad took him on a flight from the Oceano Airport. This ignited a fire in the young boy, which could not be extinguished.

Bob’s lifetime goal was to become a pilot, a dream which he pursuit, despite hurdles put in his way, he never lost sight of his dream!

He earned his private pilot certificate in 1959 and thereafter entered USN flight training at NAS Pensacola. At completion of his flight training Bob took the mandatory flight physical. This process included the completion of a medical form on which he checked hay fever. The Naval Flight Surgeon disallowed him to fly, despite the appeal of several California Senators, the medical opinion could not be overruled. Bob received an honorable discharge from the Navy.

One can imagine his distress and disappointment; perhaps the biggest hurdle of them all, but looking back, it saved Bob from serving in Vietnam!

He enjoyed hunting, hunted in Africa several times, loved hunting moose and capercaillie in Norway with his wife, whom he called his “killer” wife! Fishing, a great gun collection, and flying his Twin Bonanza J 50 were his other passions. 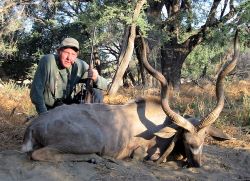 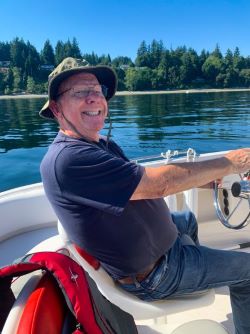 Bob had his waterfront home on the Key peninsula (South Puget Sound, in Carr Inlet, Henderson Bay where his wife and black Labrador enjoyed swimming, while Bob had fun with his boat.

Bob had hip surgery last December, had several other complications and passed away suddenly and unexpectedly in his home on March 16, 2022.

Bob was very much loved by his family and many friends, who joined us in Bob’s memorable Celebration of Life in April, on what would have been his 83rd birthday. Bob and Ingrid would have celebrated their 30th anniversary in July. He is greatly missed!