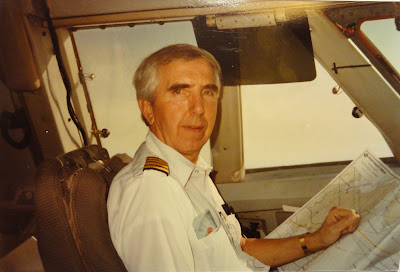 Captain Ray Dolny, age 96, died peacefully on August 27, 2021. He entered this world in a simple way, born at home to a loving family of Slovakian roots in the Upper Bohemian Flats neighborhood of Minneapolis. Ray was the ninth of ten children. His father was a railway technician. He grew up under the tutelage of Holy Emmanuel Riverside Lutheran Church where he delighted in ringing the church bells and playing soft ball and basketball on the church teams. His tenure at this church continued into adulthood, serving on the board of trustees and being President of the congregation.

After graduating from South High School in Minneapolis Ray enlisted in the Army Air Corps as an Aviation Cadet. In what must be described as a rare venue, Ray was trained as a Flight Engineer designated for the B-29. Ray was in the pipeline for duty in the Pacific just as World War II ended. 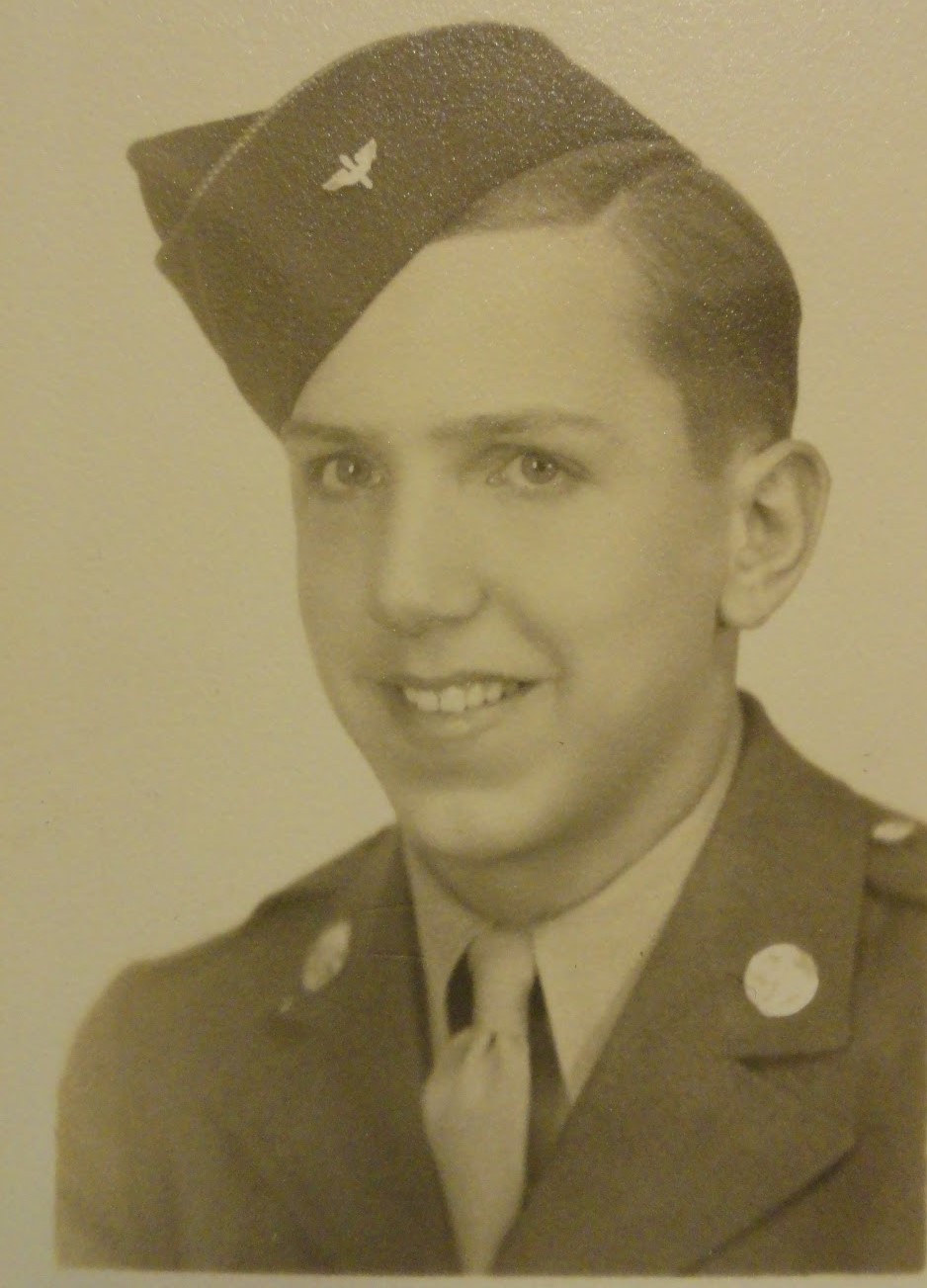 Ray was released from active duty at Sioux Falls, SD. He thereafter entered an Aircraft and Powerplant Mechanic program at DuPonti Aviation School in Minneapolis. On October 27, 1947 Ray was hired as an aircraft mechanic by Northwest Airlines. At that time NWA’s maintenance base was located at Holmen Field in St. Paul, MN, coincidentally near the Minnesota Air National Guard. Ray noted that fact and enlisted in the Minnesota Air Guard. During the Korean War he was recalled, serving as a P-51 Crew Chief from March 1, 1951 to March 18, 1952.

Ray met his future wife Dee having crashed a Northwest Airlines office party. The couple shared a mutual love of golf, tennis and they made themselves a doubles team on May 16, 1953. Incidentally, Ray played his last game of tennis at age 90 while in Kauai.

Dee and Ray had three children: Diana, Debra, and Steven.

Timing and strong survivor skills had everything to do with Ray’s career. Ray was selected to join a small group of NWA mechanics for training as Flight Engineers (FE) for NWA’s large piston and turboprop aircraft. In time Ray qualified as FE on the Boeing (B-377) Stratocruiser, Douglas DC-6B, DC-7C, and Lockheed (L-188) Electra. When the airline industry began phasing out flight engineers in 1964, NWA offered their flight engineers a rare opportunity to enter the ranks of NWA pilots. Ray embraced this opportunity, met the qualifications by obtaining the mandated FAA pilot certificates and became a fixture on the pilot seniority list.

Ray started his NWA pilot career as a DC-6B copilot based at MSP. In time he flew copilot also on the DC-7C and Lockheed Electra. Ray’s initial captain upgrade was onto the Lockheed Electra and when the Electra was phased out, he transitioned to the Boeing 727. After considerable tenure on the 727, Ray upgraded to captain on the DC-10 and Boeing 747 Classic. In January 1985, upon reaching the mandatory retirement age of 60, Ray retired from NWA line flying. 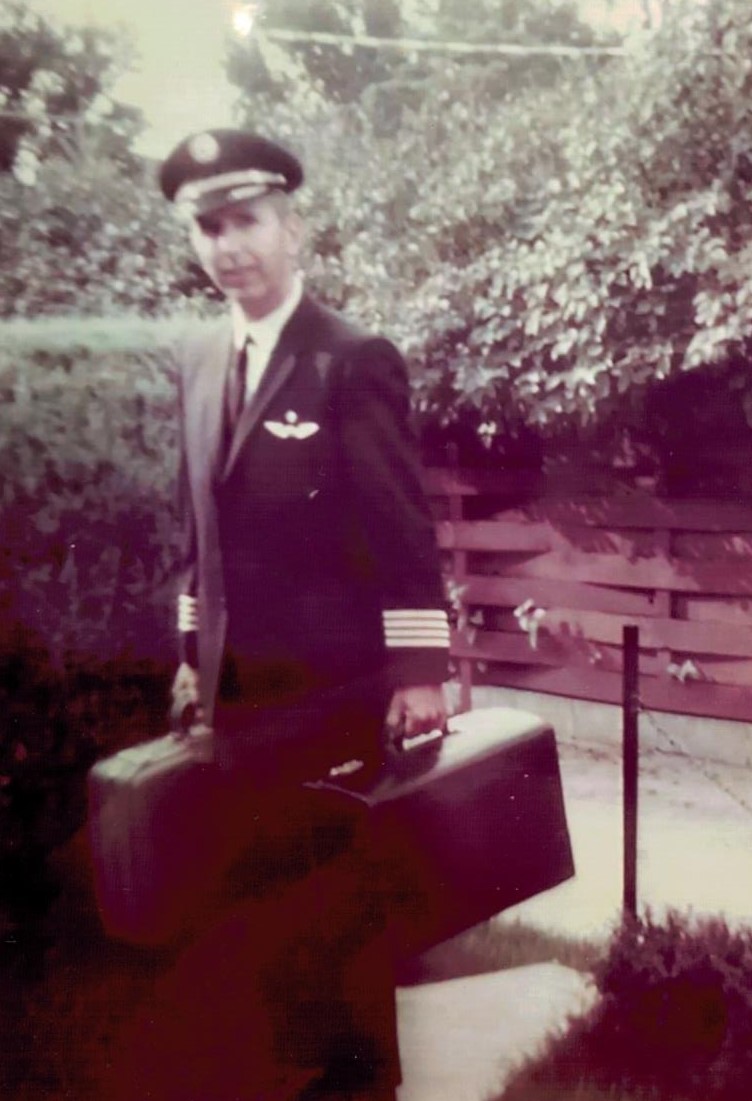 It is reported that Ray was a very patient father, whenever home he sought the time to interact with his kids. His daughter Debra recalls how her father would take the time to draw out a picture if needed to explain something. Ray taught his children to think things through and do them right.

There were many family activities that involved airline travel to interesting far-off places. Ray also enjoyed in-state camping in the family pop-up trailer. Family sports included softball and baseball. Ray coached his son Steve’s Little League baseball teams until Steve was of high school age. This love of softball saw Ray playing in a Senior League team until age 89. In an aviation historic context, Ray served two terms on the board of RNPA and was a long-term volunteer at the NWA Historical Center.

Ray certainly had an extraordinary career, but what his wife and children remember most was his devotion to family. He never said no to helping when needed. He enjoyed attending his grandchildren’s life events and just hanging out with them. Ray was generous on many levels. Debra reports that, “Dad could get along with anyone. He was super amiable almost to a fault. He was no help in trying to decide what to do or where to go out for a meal because he would say “that sounds good to me” to everything.”

“His last day on earth was much like his first day on this earth, at home with his family.” With the youngest member of the Dolny family present as the oldest family member breathed his last breath.

Another fine man and esteemed colleague has departed our ranks.