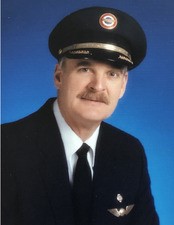 Captain David W. (Dave) Hall passed away peacefully at the age of 91 on Jan. 30, 2022 after a short bout with cancer. He was surrounded by his loving wife Veda and daughter Sherri. Throughout his adventure-filled life, Dave dutifully served his family, country, and airline.

Dave was the child of Dorris Washburn (“DW”) Hall and Ula Bee (Wright) Hall. He was born in Seattle, WA and grew up in LaGrande, Oregon. Dave was proceeded in birth by his brother Bill who passed away just a week before Dave. Seeking adventure at a young age, Dave worked for the Forest Service and Oregon Railroad during his teen years. He attended La Grande High School in Eastern Oregon where he played quarterback for the football team and served as senior class president.

In 1948 Dave entered Eastern Oregon State College (now Eastern Oregon University). Two year later he transferred to the University of Oregon where he earned his bachelor’s degree in business. While at the ‘U of O’ Dave met several life-long friends as a member of Phi Kappa Psi fraternity including Bob Wilkins, Roesch Fitzgerald and William and Bob Cary. 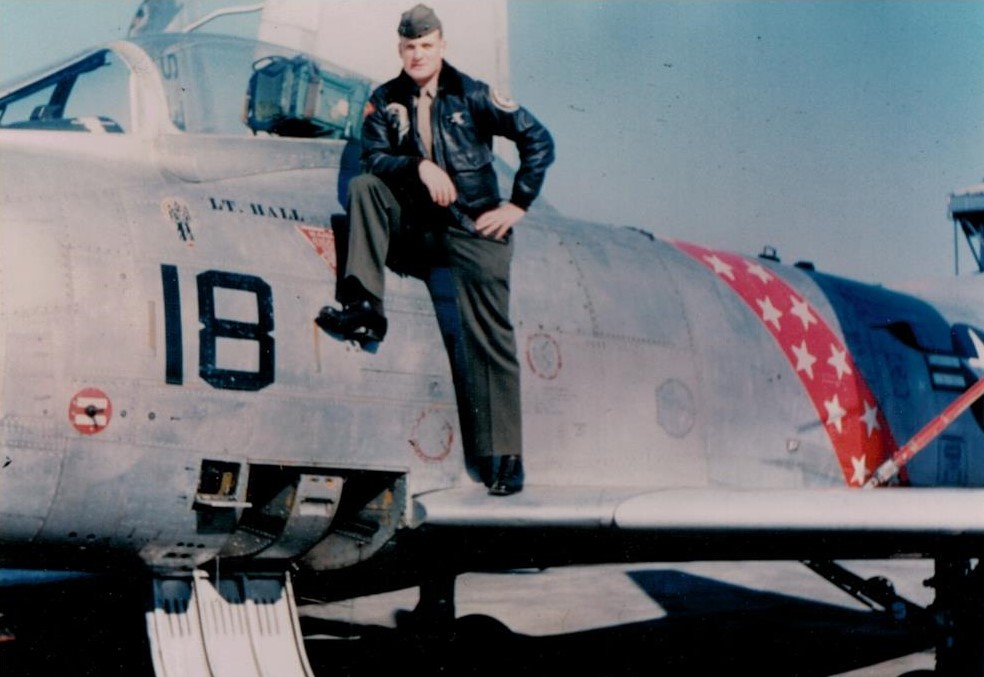 When duty called during the Korean War conflict, Dave enrolled in the Naval Aviation Cadet (NAVCAD) flight training at NAS Pensacola, FL. After earning his ‘wings of gold’, Dave opted to join the Marine Corps where he was selected for fighter pilot training. Dave served in both the VMFA-235 “Death Angels” and VMFA-323 “Death Rattlers” Squadrons. During his military career Dave flew a wide range of aircraft, including the FJ-2 Fury, the F-86 Sabre, and the F6F Hellcat.

August l0, 1957 Dave joined Northwest Airlines (NWA). After initial training in Minneapolis (MSP) he was assigned to the NWA base at Spokane (GEG) as a copilot. While flying copilot from the Spokane base Dave met his future wife Veda Hayes who was a stewardess (F/A) for NWA at the time. The couple were married on November 21, 1959, a bond that lasted 62-years. 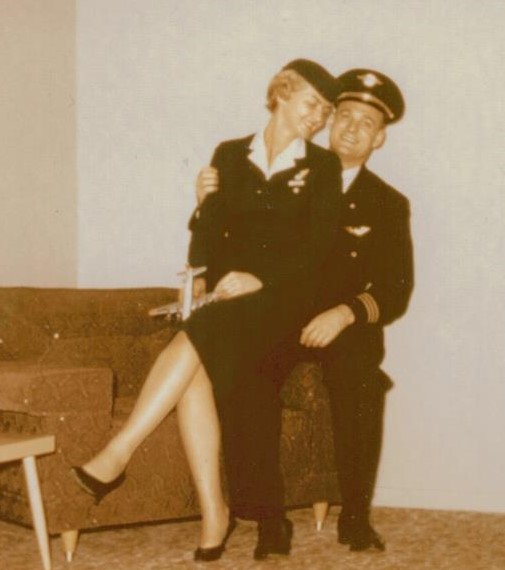 In his off-duty time, and during retirement, Dave played golf, was an active jogger, and kept himself in exceptional physical condition. In his later years Dave enjoyed walking the picturesque Edmonds, WA waterfront. He was also a passionate reader of history, adventure, and war history books.

A delightful fellow and skilled airman has passed from our midst.