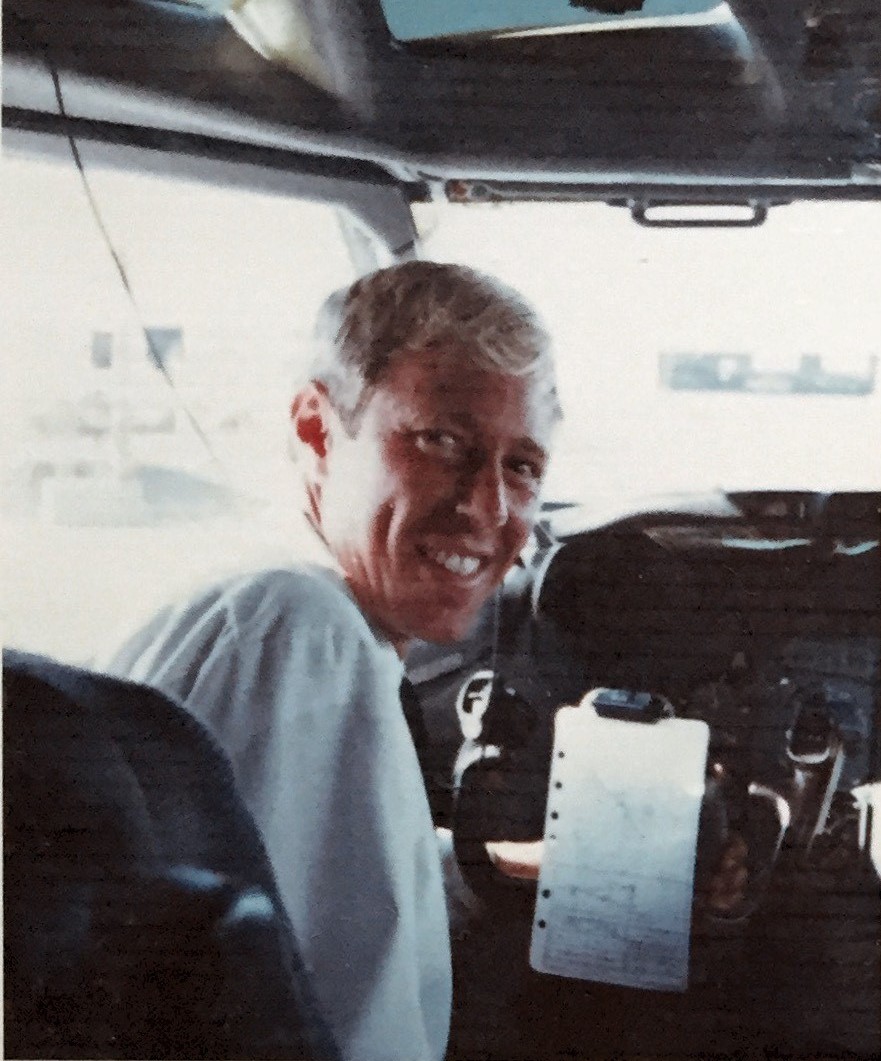 Captain Clinton C. "Clint" Viebrock, born 12/30/1938, died August 31, 2021 of complications of an arduous two year battle with pancreatic cancer. Clint was born in Waterville, Washington. He is survived by his wife Susan and daughters Kimm (Michael) Nesteroff and their children Mark and Matthew, and Kjerstin (Greg Klein) and their children Dylan and Anna. Clint is also survived by his youngest brother Sid Viebrock and sister Sybil Marsh. He was preceded in death by his parents Henry C and Martha C. Viebrock and his brother Denny Viebrock.

Clint was raised on the family farm, doing morning chores before driving 10 miles to high school and returning in the afternoon to more chores.  He was the first person in his family to go to college, and attended University of Washington from 1956, graduating in the class of 1960 as a Marine ROTC graduate.

Clint came to the University of Washington with a ukulele and by his sophomore year he was playing in a quartet in his fraternity (Phi Psi) that was equally popular on campus with the Brothers Four that started at the same time at the UW.  He saved his money and bought his first guitar, a four string Gibson and he never quit playing and singing the rest of his life.

Shortly after graduation he married his first wife Barbara "Bobby" Kimm, daughter of the senior Northwest Captain Joe Kimm.  Clint wanted to fly from a young age and used the money he was given for rides at county fair to buy a ride in a Stinson Voyager at the age of nine at the Waterville airport.  He graduated from flight training at Pensacola in July of 1962 and joined the Thunderbolt squadron at MCAS Beaufort, South Carolina where he was named Top Gun of his squadron, flying the F-8 Crusader.  Clint's daughter Kimm was born in 1963 two days before he deployed with the Marine Corps for 3 months, and Kjerstin was born in May of 1966 when Clint was at Northwest. 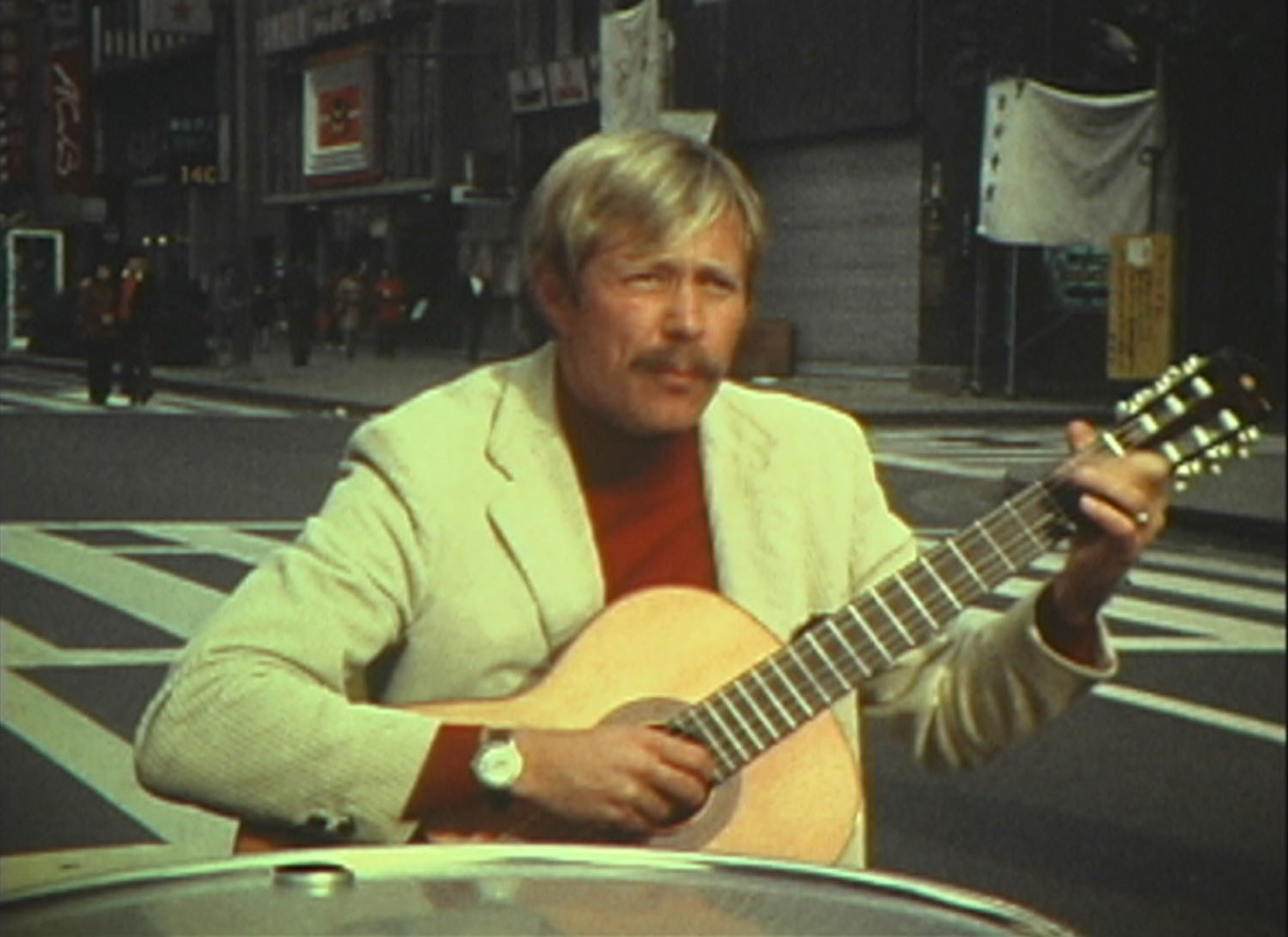 Clint as many of us remember him.  On the Ginza in the fall of 1972 with his guitar.

Clint moved to Telluride, CO in October of 1985, and married Susan Levitt on June 24, 1989.  Both were very active in community affairs and Susan founded and published Telluride Inside and Out.  Susan wrote in her article on Clint's 80th birthday "In October 1985, the professional wanderer put down roots in Telluride where, over the years, he performed on local stages in a number of plays, taking the lead as sheriff in “The Best Little Whorehouse in Texas.” (Central casting.)  He also opened for several major acts on the stage of the historic Sheridan Opera House, including Arlo Guthrie and the Carradine brothers.  And, for the past 20 years, Clint has volunteered for the Telluride Adaptive Sports Program, a calling.  In the program he developed a reputation for his teaching skills – and patience.  (Both his daughters, Kimm and Kjerstin, are laughing.  Apparently, Clint was anything but a patient dad.)"  You can read the whole article at https://www.tellurideinside.com/2018/12/happy-birthday-clint-viebrock.html and Clint's articles at https://www.tellurideinside.com/author/viebocc

Clint was a beloved member of the community and volunteered for many years with the adaptive skiing program, taking skiers out who are blind, disabled, or veterans.  Clint played guitar and sang at the huge 80th birthday party that Susan threw for him at the Sheridan Opera House. Not an easy venue to fill, but it was packed with Clint's friends and admirers.

Clint's friend Jeff Price had this to say:

"When I read Tom Wolfe’s book, The Right Stuff, in college, I was particularly struck by how he described commercial airline pilots. It would be thirty years later when I’d meet the flesh and blood embodiment of that description in my dear friend, Clint Viebrock. Clint was what I had always idealized from watching movies as the True Westerner. He was an independent thinker and tough as nails, but wasn’t afraid to be kind and gentle, a lover of Susan, his planet and everyone he ever met. When things got a little choppy and Clint had to fasten his seat belt, he did it with the aplomb and courage you’d expect from an American icon. He will be irreplaceable and greatly missed."