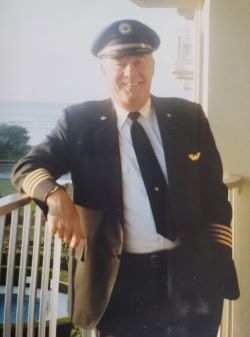 Captain Robert T. Loveridge, age 84, of Spokane Valley, Washington died of Covid-19 on December 17, 2020. Bob Loveridge was born in Carlisle, Pennsylvania on August 4, 1936. His parents moved to Montana when he was a small boy and he remained there until he entered the Air Force Academy. Bob was the youngest of five siblings: two sisters and three brothers. The family resided in the unincorporated town of Ramsay just west of Butte, Montana and Bob grew up a quasi-ranch/farm kid. Bob’s father worked as a traveling salesman.

Bob was a good student and athlete in high school, he participated in football and boxing. He won many awards boxing in Golden Gloves competition. After high school Bob was awarded an appointment to the Air Force Academy (AFA), then located at Lowry AFB - Denver, Colorado. On 11 July 1955, Robert Loveridge, and 306 other USAF Academy cadets, were sworn in as the first class of the new Air Force Academy. While at the AFA he further developed his skills at boxing and served with distinction on the AFA boxing team. After graduation Bob reported to Undergraduate Pilot Training (UPT) at Reese AFB at Lubbock, Texas. He did well and earned his wings in June 1960. The Air Training Command chose to retain Bob at Reese AFB as an instructor pilot in the T-37 and T-38 aircraft.

The instructor’s path was his destiny; when he retired from Northwest Airlines in 1996, he was a Boeing 747 ‘Classic’ instructor. In between, he lived an interesting and varied life – left the Air Force, married, ran a ranch, owned a couple of businesses, had kids, served in the Vietnam War, divorced, had an airline pilot career, remarried, and gained a bunch of extended family.

Northwest Airlines hired Bob as a pilot on June 03, 1968. Like most of his airline pilot peers, Bob began his airline career as a Second Officer on the Boeing 727. He would serve in multiple crew positions on the Boeing 707 series, the 757, and the 747 Classic. Most of Bob’s career was spent based in Minneapolis, but with some tenure at Seattle before completing his career flying the 747 ‘Classic’ out of the Anchorage crew base. 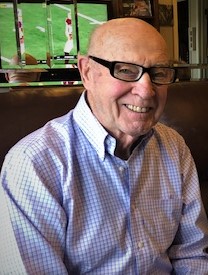 Bob’s third marriage was to Janice Earhart Daniel who had lost her husband to an automobile accident in 1986. A flight attendant with Northwest Airlines was visiting Dentist office where Janice worked and casually asked her if she knew a pilot named Bob Loveridge. Bob was in Janice's first wedding and had been lifelong friends. He was also recently widowed. They were married in 1988 where they laughed, loved, and traveled the world. Janice loved to travel to meet Bob in different cities to be with him on his overnight trips. Living the good life, they had homes in Arizona, Flathead Lake, and Twin Lakes, ID. No two people enjoyed life as much as Janice and Bob. Even their last residence in Post Falls reminded one a lot more of a resort then an assisted living facility. A bonus of the relationship was Bob's son Mike and numerous grandchildren that Janice adored. Bob and Janice were inseparable until their deaths. Even though Bob suffered many physical ailments, his compassion and caregiver skills for Janice as her advanced Parkinson’s progressed, was nothing short of miraculous - really something to behold. "Bob was simply one of the most amazing people that ever put on a pair of shoes and we were blessed to have had him in our ranks." NWA pilot Jerry Krueger.

Joint funeral services with full military honors will be held at the Air Force Academy on September 13, 2021, for both Robert T. and Janet E. Loveridge.