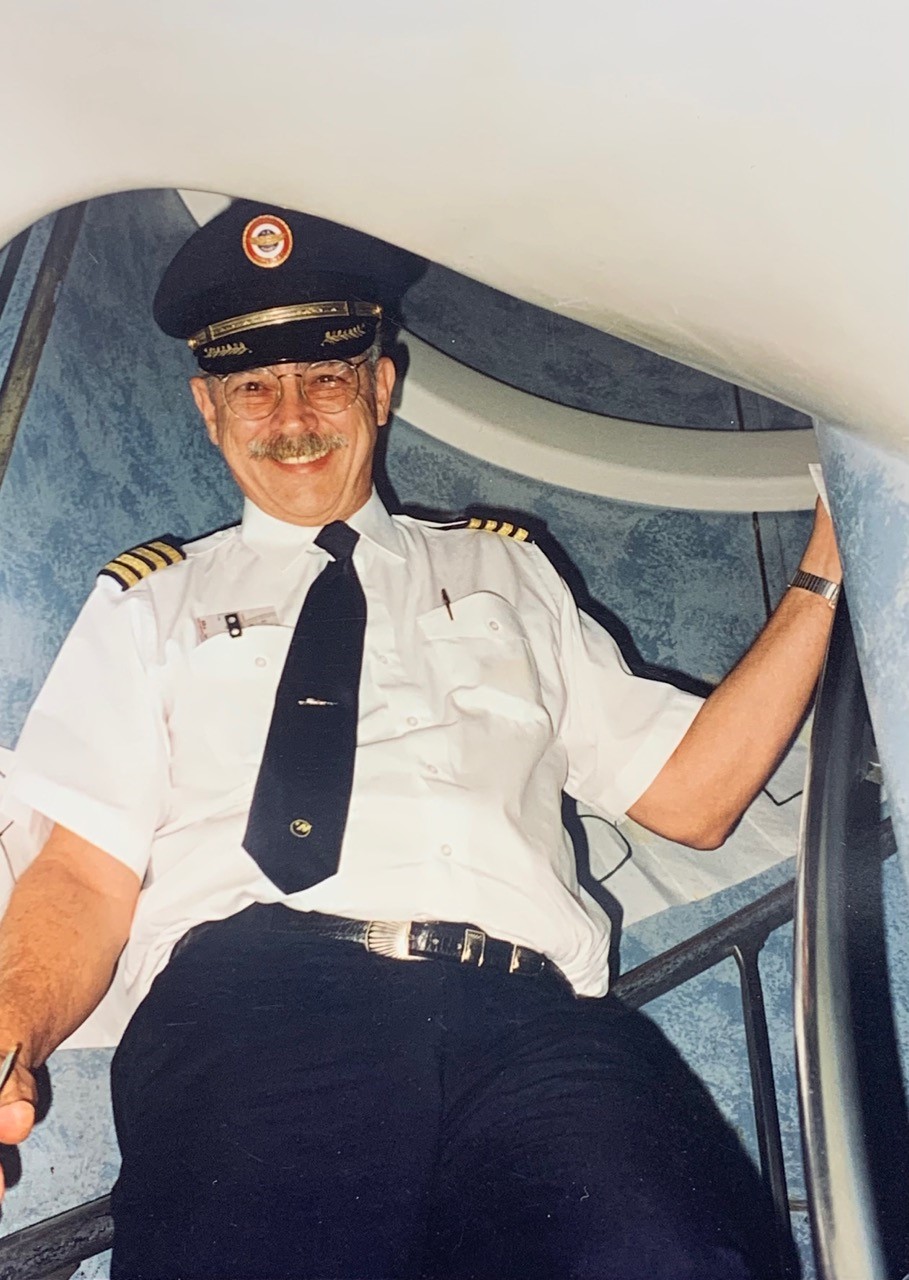 Bill graduated from Diablo Valley College (Pleasant Hill, CA) in 1959 with an Associate of Arts Degree. In 1961 he elected to attend one of this country’s oldest aviation schools – Spartan School of Aeronautics in Tulsa, OK. At Spartan he received advanced ground school training, flight training for Commercial Pilot and the Instrument Rating. His first solo flight was on 8/02/1961 from Tulsa Intl. to Riverside Airport.

After graduating from Spartan School of Aeronautics, Bill was employed at Skyways Fight Services in Troutdale, Oregon as a contract pilot and flight instructor. He formed a group for teenagers called “SkyTeens” and several of the members eventually had careers in Aviation.

Bill fulfilled the military commitment common to his era by serving in the US Army. He was honorably discharged September 30, 1963. His citations include Expert Marksman designation.

Bill was employed by Northwest Orient Airlines as a pilot from September 13, 1965 to August 28,1994. During his career with NWA, Bill flew the Boeing 707 (720/320) as co-pilot and was type-rated as Captain (Airline Transport Certificate) on Boeing 727, the Douglas DC-10-40, and the classic Boeing 747. He was also an FAA certified flight instructor, a Flight Engineer, and FAA certified ground instructor.

The Far East fascinated Bill. He mastered a little fluency in Japanese as well as some Chinese. Bill sponsored three Foreign students from Japan over a period from 1966 through 2000. He also enjoyed propagating and developing Satsuki azalea Bonsai in his greenhouse, a skill he learned from a Bonsai master while on layovers in Japan.

In an athletic endeavor not common to pilots, Bill was a Fencing competitor and coach for most of his adult life. Into his eighth decade Bill was a Life Member of the United States Fencing Association (USFA). In addition, he was a member of the Atlanta Fencer’s Club, the Minneapolis Minnesota Fencing Club where he was awarded the Nobleman Award for Swordsmanship at the Minnesota Renaissance Festival (MCMLXXVI).

Social skills were Bill’s strong suit. He was an active member of several Masonic Lodge’s in the Pacific Northwest and held leadership roles in those lodges

He was also noted to always have a Samoyed dog name “Timber” and was up to Timber #7 at the time of his death.

In his youth, Bill was nicknamed “Busyman” and he certainly earned that name!

Bill is buried in the Gethsemane Catholic Cemetery, Federal Way, Washington next to his son Carl, and beloved Stepfather, Carl Coats.