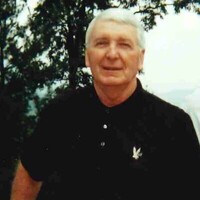 Captain Carl Richard Simmons, Sr., age 82, passed away unexpectedly on January 29, 2021 in Orange Beach, Alabama. He was born 03 May, 1938 in Hannibal, Missouri and was preceded in death by his parents, Carl Burk Simmons and Mary Elizabeth Montgomery Simmons of Monroe City, MO.

Carl graduated from Holy Rosary High School in Monroe City, MO. in 1956. He was active in the local community and in the Boy Scouts of America, where he achieved the distinguished rank of Eagle Scout. Soon after finishing high school, he left for Columbia, Missouri and the University of Missouri where he received degrees in Civil Engineering, Astronomy and Mathematics.  He completed 4 years of Air Force ROTC and reached the rank of Cadet Colonel.  Upon graduation he was commissioned a 2nd LT. in the USAF.

After graduation, Carl worked for the Boeing Airplane Co., in Seattle, Washington until he entered active duty in June 1961 at Williams AFB, Arizona.

At Williams AFB, he began undergraduate pilot training and earned his wings in June 1962.  From Arizona he went to Tinker AFB, Oklahoma to Advanced Multi-Engine Pilot Training. In December 1962 he left the States for a two year assignment to Yokota AB, Japan [flying the RB-50].  While in Japan, he flew reconnaissance aircraft within the entire Far-East Theatre, protecting the country he loved so dearly.

In the summer of 1968, while on a trip to Miami, Florida, Carl met the love of his life, a Northwest stewardess by the name Marilyn McKusick of Olivia, Minnesota. They were married on 31 May 1969.

From 1969 to 1994, they made Minnesota home, living first in West St. Paul, then moving to Highland Park in Saint Paul.  In 1993, he and his wife moved from Saint Paul to Flat Rock, North Carolina with dear friend and fellow NWA pilot, Dick Dodge and his wife Gale. Carl retired from Northwest Airlines in May 1998 but remained active within the aviation community with his many friends and fellow retired pilots.

In November 2005, Carl and Meme moved back to Minnesota to be closer to their family and growing number of grandchildren.

Carl’s relentless work ethic and love of flying saw him retire and “unretire”, as he called it, three times over the next 15 years, working again for NWA and then Delta Airlines as a simulator instructor and check pilot, ushering in the next generation of 747-400 captains. He flew for the final time in June 2013 after reaching the age of 75.

Among his numerous professional accolades over his 51 years of flying, Carl was most proud of the Superior Airmanship Award he received in 1986 from the Airline Pilots Association for preventing a catastrophic accident immediately after takeoff when two of three engines failed on his aircraft. He and his crew successfully maneuvered his plan to a safe landing, preserving all souls on board.

During his retirement(s), Carl enjoyed playing golf with his wife and friends, researching family history, designing and building stained glass windows, and acting as a Docent- giving historical tours at the Cathedral of St. Paul and the Church St. Peter. His last, and most recent passion was as a member of Equestrian Order of the Holy Sepulchre of Jerusalem where he achieved the rank of “Knight Commander”.

The Mass of Christian Burial will be held at the Church of St. Peter, 1405 Sibley Memorial Hwy. 13, Mendota, MN. 55150, on Friday, February 12 at 11:00 AM. The funeral will be live-streamed via Facebook at https://msngr.com/rrruaxoafadn “Carl Simmons Funeral”.

(-Written by Carl Simmons and supplemented by the Simmons family after Carl’s death.)