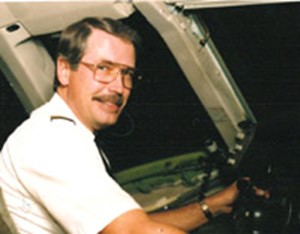 Ken was born on January 04, 1938 to Kenneth A and Marilyn Linville. Ken’s father was first employed by Northwest Airlines as a link trainer instructor and eventually retired as a very senior captain on the Boeing 747 Classic at Seattle. It is not surprising that Ken Sr. inspired Ken Jr. to pursue a flying career.

Ken attended Highline High School in Burien, WA, graduating with the class of 1956. With humor Ken reports easily sliding through high school with a high-grade point average. He did not recall taking a book home while in high school. Predictably, poor study habits were his nemesis the first year at the University of Washington. “I almost flunked out of school my first year, just barely getting my grades up to the minimum required ‘C’ average to be initiated into my Sigma Chi fraternity.” He was grateful to his fraternity brothers “for taking in a skinny, naïve, grease ball high school kid with an Elvis Presley haircut and a bad attitude, shaping him into some semblance of a college man.”

In 1958 Ken met a lovely student from Oregon State - Marilyn Booth. During a spring break Marilyn brought Ken home to meet her parents. “She had a wonderful family, but paid a heavy price when she lost both her parents to heart attacks by the time she was twenty.” The two quickly bonded and on August 5, 1960, Ken - age twenty-two and Marilyn - age twenty were married. For the rest of their lives, they would not know what to do without each other.


August 5, 1960 was a big day for Ken and Marilyn. Having completed USAF ROTC at the U. of Washington, Ken was commissioned in the Air Force the same day he and Marilyn were married.

The ‘Newly Weds’ were soon off to Laredo AFB, TX and for (UPT) Undergraduate Pilot Training. In Ken’s words, “This was another one of the very memorable times. After we learned how to pull 5 or 6 G’s without throwing up in our oxygen masks, it became an affair to remember. The camaraderie, the intense competition, the excitement and fulfillment of really getting to live this dream is unforgettable.....Thirty-four of us received our wings on 11 May 1962. Sixty-six of us started the program.” After graduation Ken attended three weeks of survival training prior to his permanent (PCS) assignment to Hickam AFB in Hawaii. 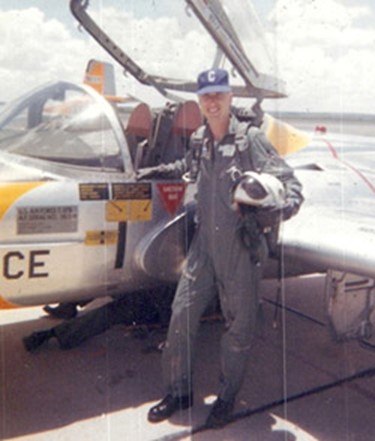 Both Marilyn and Ken loved the Air force “until Vietnam became such a mess.” Their son Ken was born in Laredo, TX in May of 1962 and son Jim was born at Tripler Army Hospital in Honolulu in May 1966. During his seven years of USAF active-duty Ken flew the C-124 and the C-141. He enjoyed those Air Force years, except for the amount of time spent in other parts of the world away from family.

The flow from USAF Military Airlift Command flying to Northwest Airlines was almost a natural migration. Hired by NWA on December 02, 1968, Ken arrived for training in Minnesota just in time for ‘real winter.’ He and Marilyn eventually set up residence on Prior Lake, SW of Minneapolis. In 1991 Ken bid a pilot slot at Seattle and began reverse commuting back to MSP. Later he and Marilyn purchased a home at Glen Acres in South Seattle, WA. Shortly thereafter Ken was assigned to the NWA Honolulu base flying captain on the Boeing 747 Classic. Ken and Marilyn shuttled between their South Seattle home and their beautiful quarters at Diamond Head Vista, spending seven to eight months a year in Honolulu. Flying out of Honolulu really agreed with Ken. During his twenty-nine-year NWA career Ken flew the 707 series, the 727, DC-10, and the 747 Classic. He flew his last NWA trip as 1997 ended. 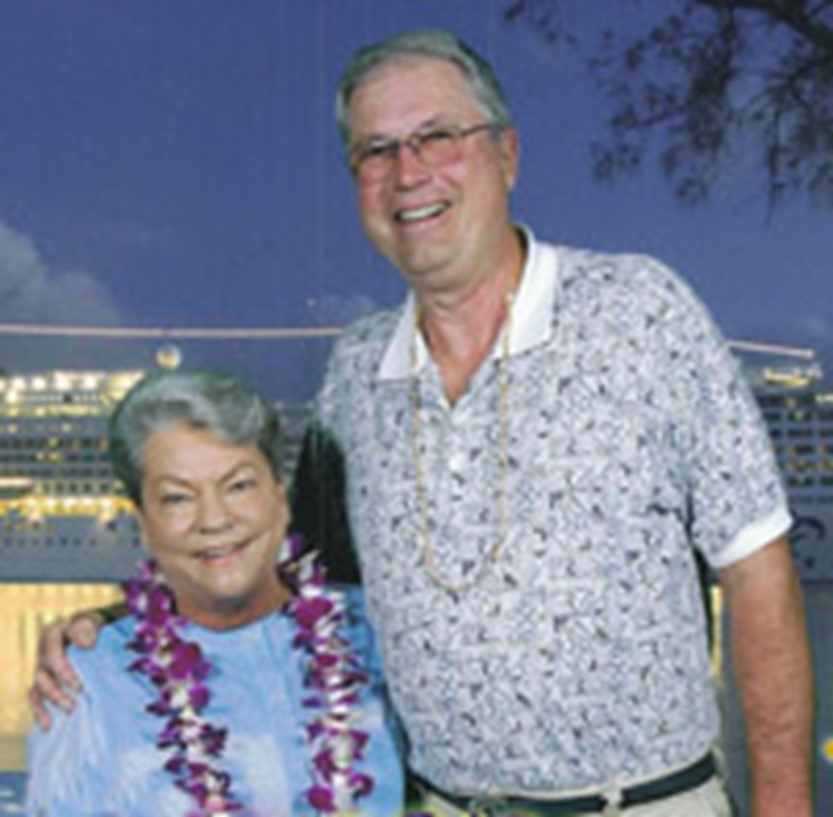 Ken enjoyed spending time with his sons, Ken, and Jim. He especially liked playing golf with them. It was reported that Ken was a particularly good golfer. It is not widely known that he was also an accomplished guitarist. After retirement Marilyn developed health issues and in response to her need for a warmer, dryer climate, they moved to

Hialeah Gardens, Florida, which is well west of Miami. Those of us who were privileged to work with Ken can testify to his fertile mind. Residing in south Florida, Ken perceived a need and aggressively sought to learn Spanish late in life.

Before his passing Ken often helped with RNPA obituaries. He was skilled at memorializing his fallen peers.

Our friend is survived by his wife Marilyn; younger brother George; sons Ken and Jim; and grandchildren Kenneth Joshua, Kellie, and Katie.