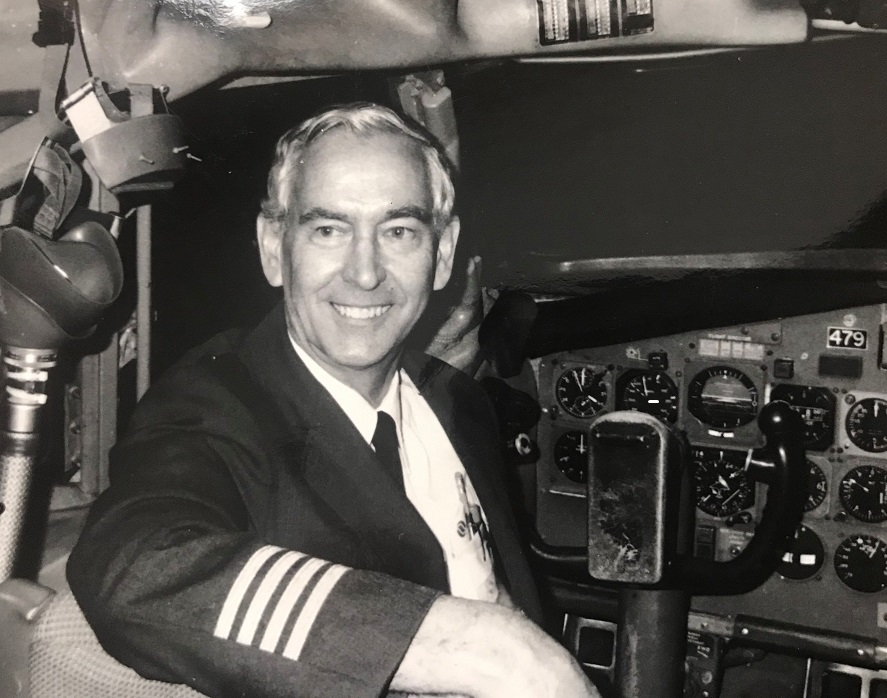 Captain John (Jack) Schricker, age 94, died peacefully in his sleep on Thursday November 19, 2020 at Trail of Orono Senior Residence in Orono, Minnesota. Jack was born February 4, 1926 in Spooner, WI., the son of John and Nora Schricker. Jack had five siblings, two who died at an early age.

Jack attended Spooner High School and as early as he could afford a model airplane kit at Ben Franklin, he would buy and build one. He did not participate in many school sports or teams, as right after the Great Depression working took precedence. One Jack’s growing up memories was when his father took him to a Shell Lake County Fair and brought Jack a barnstormer fare to fly with Charles Lindbergh.

In 1944, now a senior in high school Jack and 3 buddies skipped a day of school and took the train to Superior, WI to enlist in the Navy. Jacked served with the famed 301st Naval Construction Battalion in the western Pacific from April 1944 to December 1945. This Battalion built essential base facilities such as harbors, destroying mines and obstructions to harbors, constructing airfield and port facilities, often under combat fire conditions. The names of the Pacific WWII battle locations where the 301st served are iconic: Peleliu, Guam Tinian, Saipan, Iwo Jima.

After the World War Two, Jack used his GI Bill entitlements to attend Spartan School of Aeronautics in Tulsa, OK where he earned his mechanic and airplane pilot licenses. Northwest Airlines hired Jack as a mechanic apprentice on April 08, 1948. He was initially assigned to the hanger shops at the ‘old’ main base at St. Paul’s Holman Field. Jack excelled in his mechanic career prior to becoming a pilot, he qualified as Crew Chief, Master Mechanic, General Inspector and Flight Engineer. He was thereafter caught up in the trend setting IAM labor strike that began. January 9, 1961. The final labor agreement resulted in end of the mechanic trained Flight Engineer and the onset of the pilot qualified Second Officer.

The final labor agreement really opened an opportunity for Jack’s employment as a pilot. He completed the transition training and was qualified as a copilot/second officer. While flying copilot on the Boeing 720/320 Jack was assigned to Seattle for few years before returning to Minneapolis to take care of his Mother. While living at Prior Lake, MN, Jack met his soon to be wife Jolene Klober. The couple would eventually raise their family, son John and daughter Jayme at Prior Lake.

As Jack’s pilot career progressed, he upgraded to captain on the Boeing 727. This would be his lasting crew position until retirement February 3, 1986.

One of Jack's most exciting times as a pilot is when he was hijacked on May 14, 1976 on a trip out of Seattle. The man demanded to be flown to Mexico, however the pilots convinced him to agree to a stop in Reno to refuel. Police pretended to be the fueling operators, boarded the airplane and grabbed the hijacker before anyone got hurt. 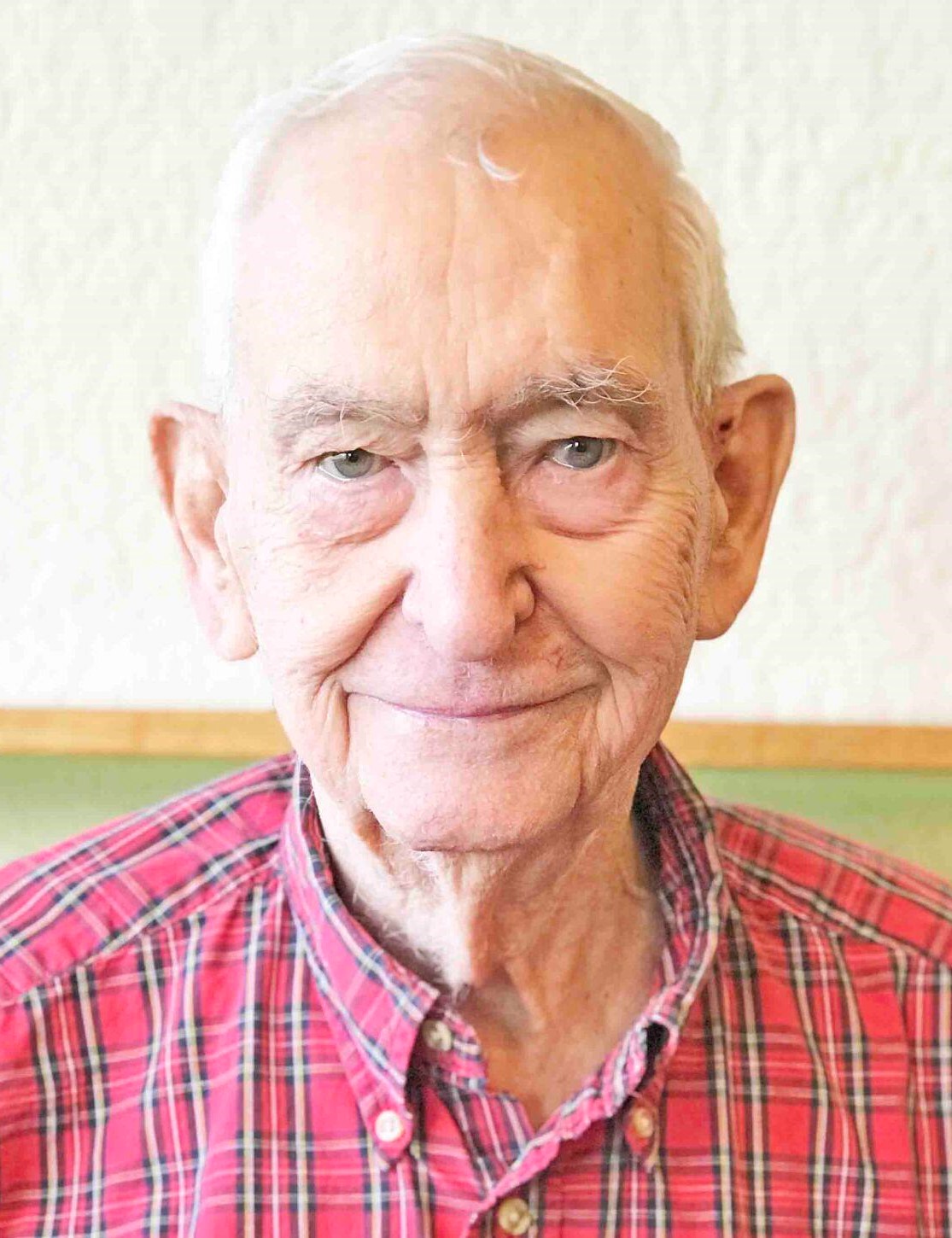 After retiring Jack spent ten years building his own airplane from scratch in the family garage. He flew it a few times and then sold his airplane. The joy of building was what it was all about, a lifetime interest spawned as a young boy building model airplanes. Jack was incredibly active with the family going on vacations, ski trips, and attending his children's many sporting events. After the children left home, Jack and Jolen retired to Hayward WI. Jack always loved the small-town lake life. They met many friends there and were active in many community events.

Three years ago Jack his wife Jolene Schricker. Jack at his death was survived by his son John and daughter Jayme; grandchildren Seth, Taryn, Clare, Joe and John.