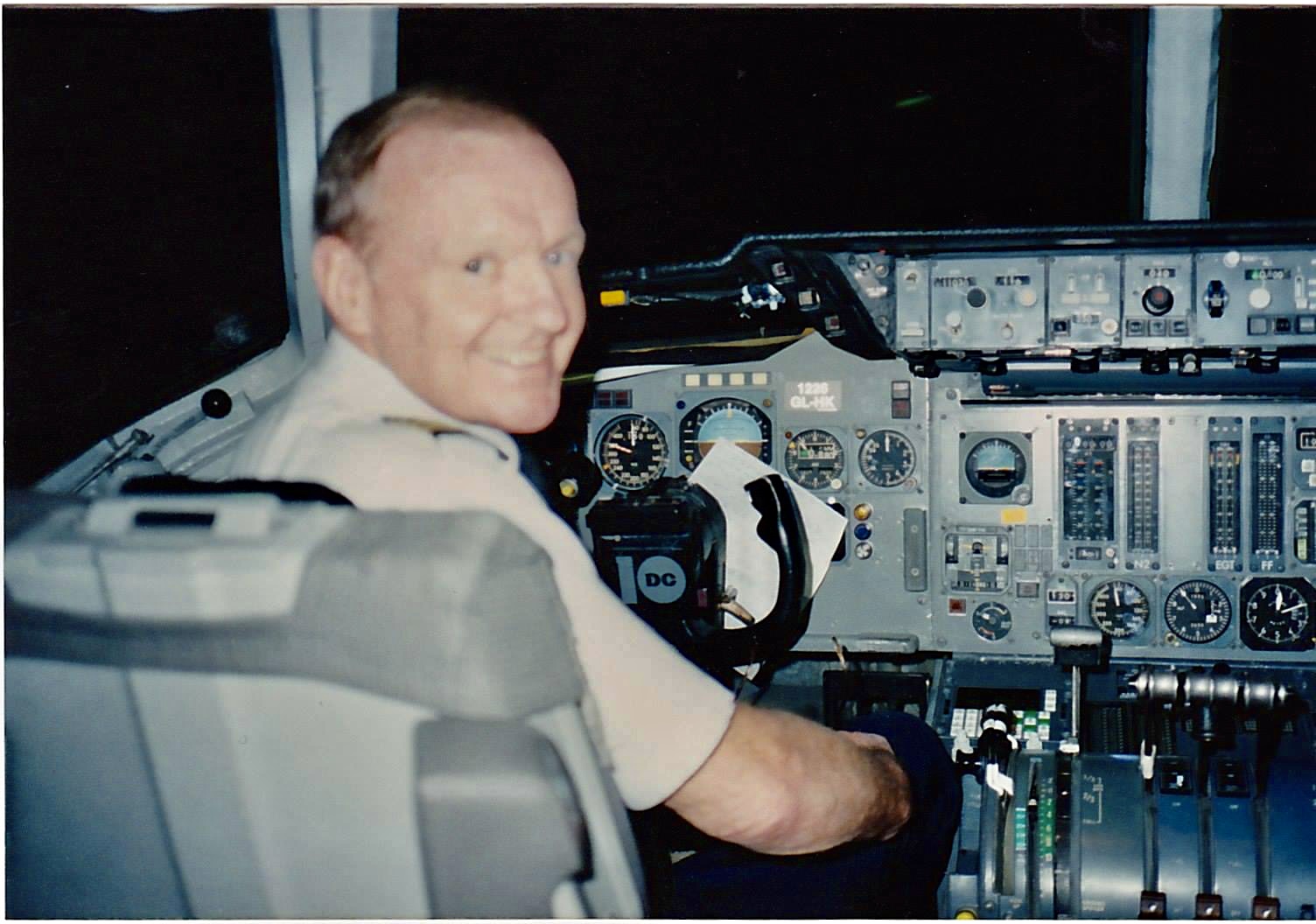 Captain Ronald ‘Buzz’ Gilbertson, age 87, died in Mesquite, Nevada on December 06, 2020 after a long struggle with Parkinson’s and Dementia. Buzz was born January 27, 1933 in Brawley, California to George and Maxine Gilbertson. There was an older sibling, a sister. Buzz’s father was a WWII US Navy veteran which a factor in Buzz’s decision to also serve in the Navy. After WWII George Gilbertson struggled with TB and eventually moved the family to Minnesota. After recovering from TB George Gilbertson worked as a Minnesota State employee.

Buzz attended high school in Benson, Minnesota., which is west of the Twin Cities between Wilmar and the South Dakota border. He was considered a rather good student with a penchant for knowledge retention. He was an athlete, witness his skilled participation in basketball and swimming. Other activities included playing the clarinet in the school band. After high school Buzz enrolled at Gustavus College, a Lutheran liberal arts college in St. Peter, MN where he completed BA degree in Business and became a key contender on the college swim team. It was not coincidental that the year Buzz graduated from college, Gustavus College swim team won the Minnesota state swimming title.

Buzz had an uncle in Benson, MN who owned a single engine airplane. He introduced Buzz to flying and the aviation bug bit hard. In 1954 the military draft was still a reality for healthy young males. Now completing college, Buzz was prime for being drafted into the Army. Consistent with his father’s WWII legacy, Buzz entered the USN Officer Training School. Upon earning his commission, now Ensign Gilbertson began his preflight training at NAS Pensacola. His advanced flight training was at NAS Olathe at Gardner, Kansas. Buzz was named the outstanding graduate for his pilot training class. During his active-duty service, Buzz flew the legendary Douglas AD (A-1E) reciprocating engine single engine fighter. One of his claims to fame is to have never had a bolter or missed approach on a carrier landing. He was born to fly. 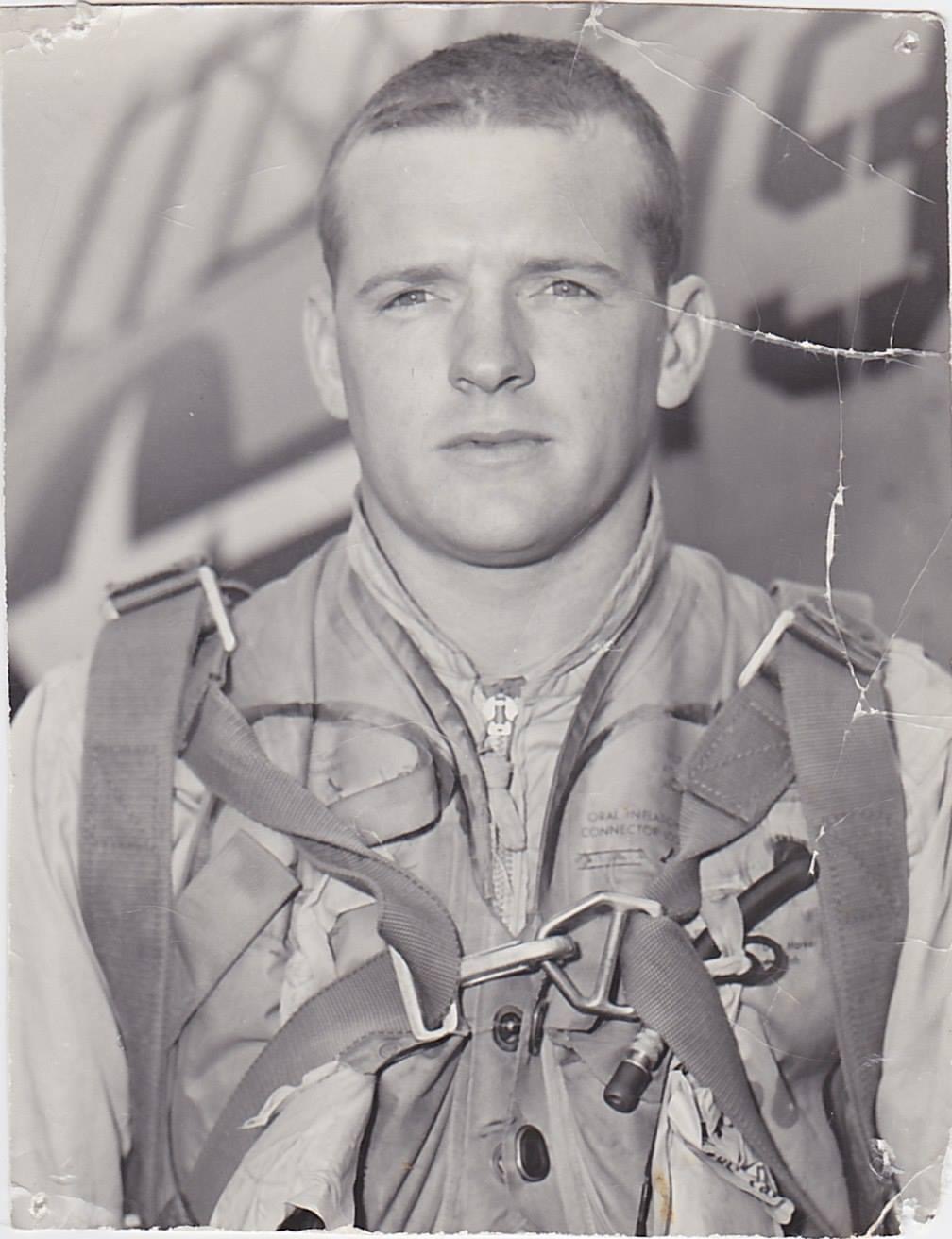 After active-duty service, Buzz transitioned to the USNR and returned to college. Preferring flying over business, Buzz applied for pilot employment with Northwest Airlines being aware that Northwest was a home state airline. He was hired by NWA on October 30, 1958, the beginning of a long and fruitful career. The aircraft Buzz flew at NWA include the DC-4, DC-6, Lockheed Electra, Boeing 727/320 and his favorite, the DC-10. In 1959, not long after Buzz was hired by NWA, a lovely young woman Janet Wedin started her own employment as a NWA flight attendant.

On their first date Buzz took Janet to see the cowboy movie Shane; it became their favorite. After a promising courtship Buzz Gilbertson and Janet Wedin married in a small Christian chapel. The date of their marriage was October 30, 1963. October 30th is becoming a date that plays big in their lives.

Buzz enjoyed airline flying and was immensely loyal to the pilot group. During non-pilot strikes he was often the last man working when the strike layoffs hit. He enjoyed every NWA airplane he flew. 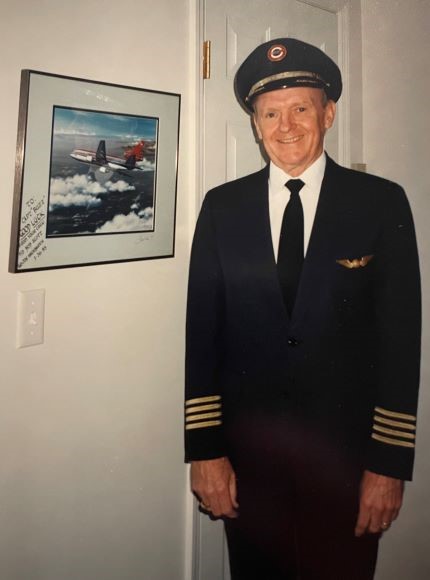 During his active pilot years Buzz also enjoyed many outdoors activities, especially golf, hunting, and fly fishing. The couple purchased a cabin south of Big Timber, MT which they thoroughly enjoyed for 25 years. The cabin w

alls were decked with mounted trophy game heads of Elk, Deer, antelope and the floors were covered with coyote and bear rugs, testimony to Buzz’s hunting skills. Janet recalls many delightful picnics next to trout streams.

The Big Timber cabin led to their permanent retirement home in Bozeman, Montana. The couple were married for 57 years thoroughly enjoying each other’s company. They were gifted with three daughters, fourteen grandchildren and one great-grandchild.

Buzz put away his flight bag January 1993. Immediately after retirement Buzz and Janet traveled extensively, especially enjoying cruise ships. Janet recalls some favorites, cruising the St. Lawrence River and eastern ports of North America, Europe, especially a round robin cruise around the UK, Mexico, Alaska, Hawaii (many times) and the Panama Canal which so fascinated Buzz.

About ten years ago a decision was made to begin ‘wintering’ for health reasons in Sun City at Mesquite, Nevada. They delighted in that community. With the onset of the Covid-19 virus and restricted public gatherings, Janet would prepare picnic lunches to be enjoyed at beautiful remote locations in their car. These little forays seemed to please Buzz.

Both Parkinson’s and dementia took their toll on Buzz’s health. He passed away on December 6, 2020. A memorial service is planned for May 2021.

One of our fine brothers has joined the ranks of many other distinguished aviators. We will miss you Buzz Gilbertson.