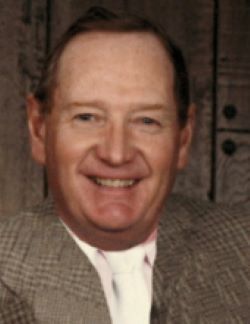 Captain Carl Hegseth, age 89, died Sunday, November 1, 2020, at The Family Residence in Northfield, Minnesota. Carl was born August 24, 1931 on the family farm in Kenyon Township, Goodhue County Minnesota, the son of Carl J. and Emma (Remold) Hegseth. Carl’s father was a Minnesota farmer. He had one sibling, his brother Peter, who also a Northwest Airline pilot.

Carl attended Kenyon High School and when not doing farm chores played basketball on the high school team. The Hegseth boys grew up deep into rural Minnesota farm culture. When Carl was ten years old a barnstormer visited Kenyon, offering air rides for ten cents a flight. Carl asked his parents for permission to take a flight with the barnstormer, but they told him no. Without telling his parents Carl mustered up the ten cents and was soon tucked away in the back of the barnstormer’s plan. After his first flight he was hooked.

Soon after his 1949 high school graduation Carl came under the close surveillance of the local draft board. On June 25, 1950 while shopping with his mother, Carl heard about the North Korean Army crossing the 38th parallel. He decided then and there he was going to enlist in the Air Force. After basic training Carl was trained as a ground equipment mechanic. He served during the Korean Conflict; however, he was assigned to Whellus Air Base in Libya, North Africa and not to South Korea. After completing his overseas tour of duty Carl returned to Duluth AFB, Minnesota where he was stationed until his date of discharge. After his return to Minnesota a strong relationship developed with Erma Maisel and on January 14, 1956 the couple married.

The newlyweds packed up their meager belongings and moved south to Tulsa, OK for Carl to attend the famous Spartan Air of Aeronautics. The school was then located on the south ramp of Tulsa Intl. Airport, and there, in some of the more famous hangers in aviation, Carl studied airframe and power plant, and flight engineering. On September 16, 1957, having earned his A&P credentials, Carl was hired by Northwest Airlines. He was initially assigned to the hanger shops at the ‘old’ main base at St. Paul’s Holman Field. A few years later Carl was accepted into the NWA Flight Engineer (FE) program, but on January 9, 1961 a trend setting IAM labor strike began. The final labor agreement resulted in end of the mechanic trained Flight Engineer and the onset of the pilot qualified Second Officer (also licensed as a Flight Engineer). During this long strike Carl found a temporary employment with the Twin Cities Lines bus system sweeping out buses at night. A necessary step in the process of providing for his wife and family by putting food on the table.

After the strike Carl was eligible for the new Second Officer program provided, he earn his FAA pilot licenses. This he did as expeditiously as possible at the old Southport Airport in what is now Apple Valley, MN. When line flying returned to normal Carl was trained as a DC-7 copilot. Once the DC-7s were phased out he was retrained as a Boeing 707 series Second Officer. The rest of his career at NWA was a progression of pilot upgrades and transition to ever larger aircraft.

In 1962 Carl and Erma moved south back to Kenyon where they relocated onto the family farm. Late in the 1960s Carl completed his first captain upgrade on the Boeing 727. He thereafter served as captain on the DC-10, Classic 747, and the 747/400. Family lore reports that Carl had a habit of running late for his commutes to the MSP airport. Carl was reputed to ask his youngest son to drive him to the MSP airport so that if they got stopped for speeding his son would be the one driving and would most likely just get a warning. Carl already had two speeding tickets on his record.

In addition to an active airline career, Carl became a skilled farmer, raising corn and soybeans. There is a great family story about the first pony Carl bought his children. Carl arrived at the farm with the pony in the back-seat area of an old Studebaker, albeit with the passenger seat removed. At the time Carl did not have access to an appropriate trailer, but the old Studebaker with the windows rolled down and the backseat removed did the trick. 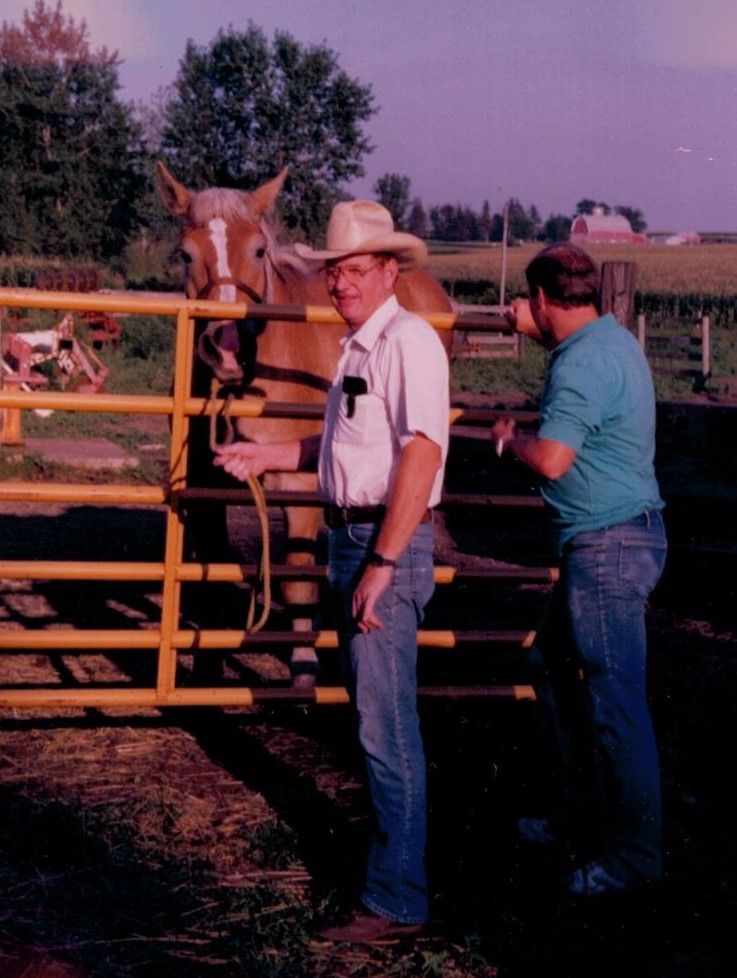 This pilot/farmer father became involved with 4-H and got his kids involved as well. From their father the children learned how to raise show animals for the county and state fairs. The county fair was always a huge event for the family. Let there be no doubt that Carl was immensely proud of his family, especially his grandchildren. Spending time with family was important and he looked forward to their annual family vacations to the cabin for over 20 years. 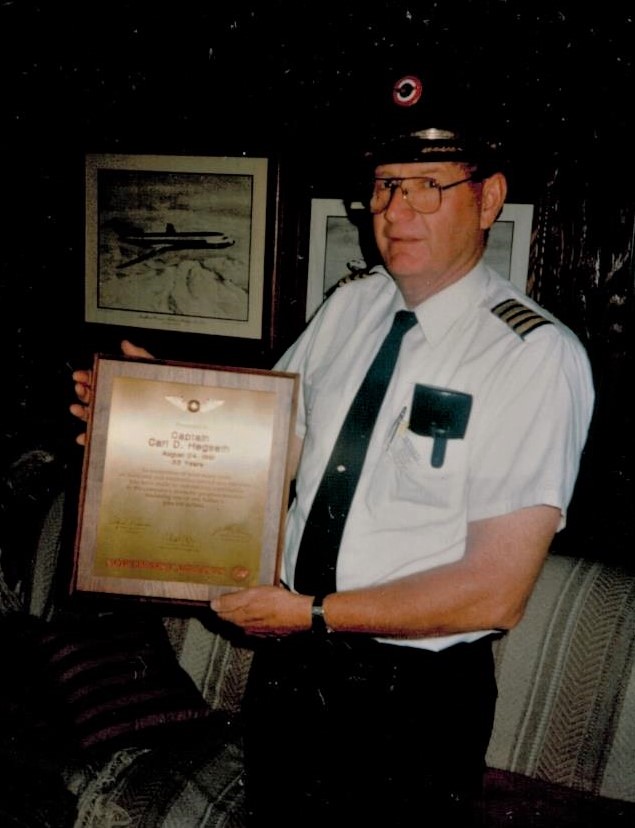 Thereafter Carl focused his retirement years on operating a 200+ acre farm producing beef, horses, sheep and almost everything agriculture. Unfortunately, Erma Hegseth died on November 3, 1998. After Erma’s death Carl immersed himself even deeper in farm operations, he now seemed to live for his farm and extended family. He proved that a farm boy, if willing to work hard and keep your nose to grindstone can hold onto his farming skills while being equally dedicated to an airline career. For Carl failure was not an option.

Carl was also an active member of Gol Lutheran Church, the Kenyon Color Guard, and the American Legion. He had a team of draft horses that he used to transport military veterans in the Horse and Cutter Parade. Carl and his team also provided the horsepower for years at the Historical Society winter sleigh rides. Although he was mandatory retired at age sixty, Carl did not lose interest in aviation and enjoyed trips to Oshkosh and other airshow events.

Carl is survived by his children, Doug Hegseth, Kim Bocklund and Terry Hegseth; grandchildren, Kelsey and Justin Bocklund, Breanna and Austin Hegseth, Jenna Torres and Alex Hegseth; brother, Peter Mark Hegseth, plus nieces and nephews. He was preceded in death by his wife Erma Hegseth. A celebration of Carl's life will be held at the family farm this Spring 2021.