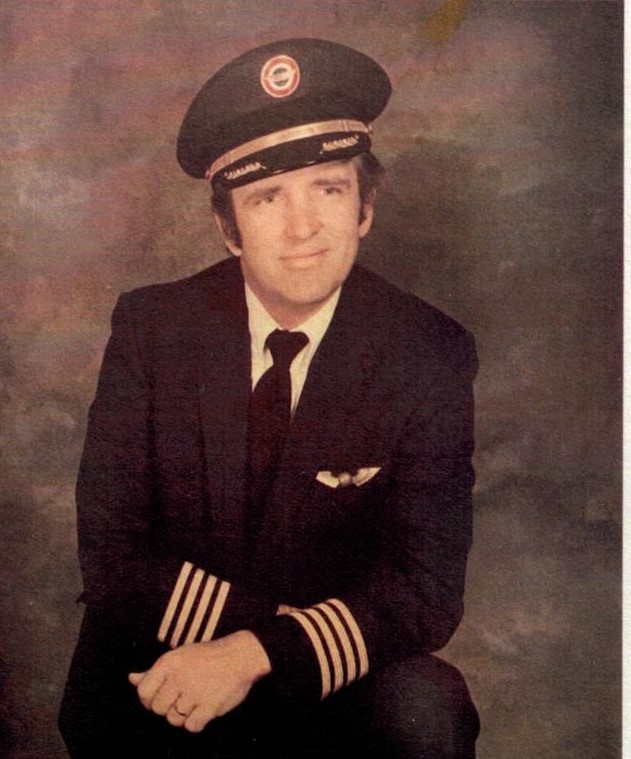 Captain Ed Kartic, age 85, died of pancreatic cancer on August 16, 2020. He was born October 07, 1934 at Brooklyn Village, Ohio to parents Clifford and Julia Kartic. His father had arrived in the United States as a 11-year-old immigrant. Ed’s parents lived on a small farm near the Cleveland Hopkins Airport. His father worked for SOHIO (Standard Oil of Ohio) that funded many of the legendary Cleveland air races. With his father’s connections, the family received special passes to visit the air race flight line and meet air race pilots including Cook Cleland, Tony Levere, Bill Odem and Roscoe Turner, to name a few. Ed recalled NWA pilots Chuck Doyle and Harvey Christianson participating in the races.

There is no doubt that living near an airfield sparked Ed’s interest in aviation as early as age five leading Ed to take lessons and solo in a Piper J-3 Cub on skis. He earned his pilot’s license before his driver’s license.

After high school Ed attended the University of Miami (Florida) majoring in Airline Management. Concluding that this course of study was not likely to get him into a cockpit he transferred to Kent State University where he majored in Aviation Technology. Ed soon got involved in a flying club at nearby Midway (Ohio) Airport founded by Charles Lindberg as a refueling airport midway between New York and Chicago. There was a flying club at Midway Airport that was a good fit for Ed. The club’s ‘fleet’ consisted of a Piper Cub, a Mooney Mite, and in time a four place Piper Tri-Pacer. Some of the club members were pilots in the 112th Fighter Interceptor Squadron (Ohio ANG). They would rent the club’s Tri-Pacer to take their families for rides. Ed found humor in giving dual instruction in the lowly Tri-Pacer to WWII combat veteran fighter pilots with high time in high performance aircraft.

These ANG pilots convinced Ed to enlist in their Ohio Air National Guard unit. He was soon off to USAF basic training at Lackland AFB, TX and then onto to primary flight training at Malden, MO. Primary training was flown in the T-34 and T-28. Ed received his advanced training at Bryan AFB, TX in the T-33. After graduation from pilot training, Ed reported to Luke AFB for fighter transition in the F-84 E, G, and F. He specifically trained in low angle nuclear ordinance delivery. Most of the flying was below 300 feet and for Ed that was great fun.

While undergoing pilot training, his parent unit, the 112 FIS, moved to the Toledo, OH Municipal Airport. Now as a newly minted jet fighter pilot, Ed reported to the 112 FIS albeit with no conventional gear aircraft training. The squadron was still flying the F-51H’s while awaiting conversion to the T-28A’s and F-84Es. Ed’s squadron CO would not accept a local check out in the North American F-51. Now Ed was a pilot without an airplane. Therefore, he requested a transfer to an ANG jet fighter unit in Florida. There was another major incentive for the Florida transfer. Ed had rediscovered the love of his life, Carolyn Sowards, who was coincidentally moving to Florida. Their mutual interest went back to their high school where Carolyn had been homecoming queen. Now the transfer plot becomes even more transparent.

In early 1958, Ed learned of the small air carrier, Gulf Coast Airways, operating between Tampa International Airport and Cape Canaveral. Coincidentally at this time the FAA rewrote air carrier flight crew regulations to require that even small air carriers include qualified copilots on their flights and payroll. Gulf Coast Airways hired Ed as a copilot to fly the de Havilland (DH.104) Dove twin engine aircraft as well as occasional charter flights in the Cessna 195s. Ed flew mostly back and forth between Tampa International to Cape Canaveral for the purpose of transporting engineers needed for the blossoming space program. Gulf Coast Airways was the only carrier approved to land on Merritt Island adjacent to the launch pads.

With a career underway, Ed and his sweetheart Carolyn Jean Sowards married on October 18, 1958 in Tampa, Florida. The day of their wedding the CEO of Gulf Coast Airways gave Ed two paychecks and told him to cash them that day as the airline was ceasing operations – so much for career stability. Three days later Carolyn’s mother called to say there was a telegram from Northwest airlines asking Ed to come to Minneapolis for an interview. Ironically, Ed could not recall ever applying to Northwest, he thought the airline only flew sport fishermen into Canada.

Ed was hired by NWA on December 13, 1958. During his almost 36-year career he flew every aircraft that NWA had in inventory except the Stratocruiser. Ed qualified as captain on the Boeing 727, Boeing 707 series (720/320), the Lockheed L-188 (Electra), the Douglas DC-10 and finally the Boeing Classic 747. He spent the first 27 years of his career based in MSP and living in the Minneapolis suburbs. Ed and Carolyn chose to move west to Washington State in 1985. The classic 747 was Ed’s favorite NWA airplane. He flew it for 18 years until retirement in October 1994. It was possible that at one time Ed may have been the high flight time 747 pilot in the world. At the closure of his career, Ed had flown over 100 different aircraft accumulating over 20,000 hours and could proudly say that he never scratched an airplane. 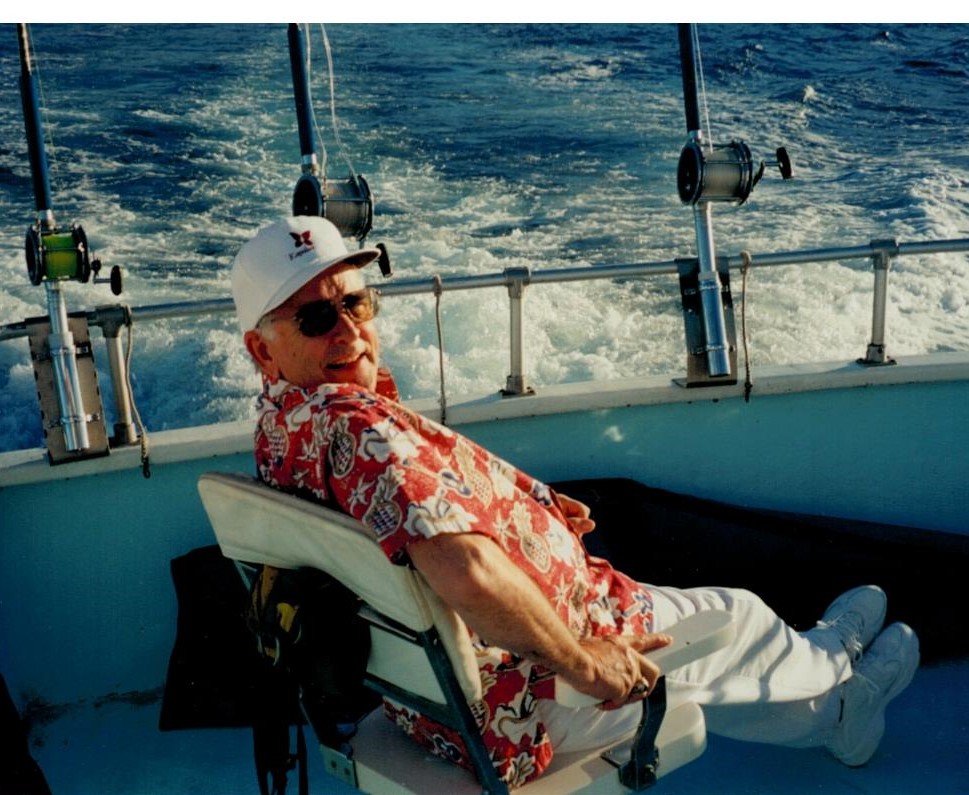 Many of his friends and airline colleagues knew that Ed was also a talented musician. He was skilled with the piano and organ and had a repertoire of music from ragtime to classical. In addition, Ed had a passion for hunting and fishing. To pursue the later he made many trips to Wyoming for elk hunting, as evidenced by the elk rack mounted over the family room fireplace. What is little known about Ed is that he entertained his grandchildren with a large model train layout in the large attic of the family home in Redmond, WA. These talents were Ed’s obvious ones, there were many more.