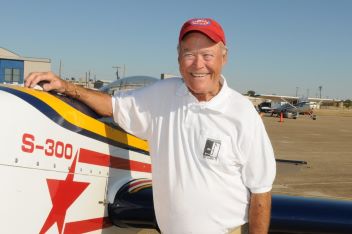 Captain Tom Adams, age 83, died from Corona-19 virus on Saturday, May 16 at a hospital in College Station, Texas. Due to other looming health issues Tom was not able to fight the virus for long.

Tom was born in Joplin, Missouri to Harry and Treva Melanne Adams. The first born of two, Tom had a younger sister Donna Dobbins. Those of us who knew Tom categorized him as an exceptional aviator. Perhaps this should come as no surprise as Tom’s father was a WWII P-47 instructor and Korean War F-86 Wing Maintenance Commander.

The family eventually moved to the Seattle area where Tom attended Cleveland High School. He was known as an average to strong student who participated in the school Drama Club. While in high school student Tom began flight instruction under the tutelage of his instructor father. Graduating from high school Tom matriculated onto Central Washington College of Education at Ellensburg, WA. To finance his studies Tom flew contract crop dusting in a 450 hp Stearman.

After three years at Central WA College of Education, Tom enlisted in the US Marine Corps as a MARCAD (Marine Corps Aviation Cadet). He completed preflight and primary at NAS Pensacola followed by Advanced flight training at NAS Beeville, TX. Tom completed his carrier qualification on the USS Antietam. During his training he flew the T-34, T-28, T2J, F9F-8, and the F-11F. After earning his wings, Tom was assigned to VMA-225 (USS Enterprise) flying the A4D. VMA-225 was the first Marine squadron to deploy aboard the USS Enterprise CVAN 65 and he was aboard the "Big E" during the 1962 Cuban Crisis. Tom knew the meaning of being ‘on a war footing.’ 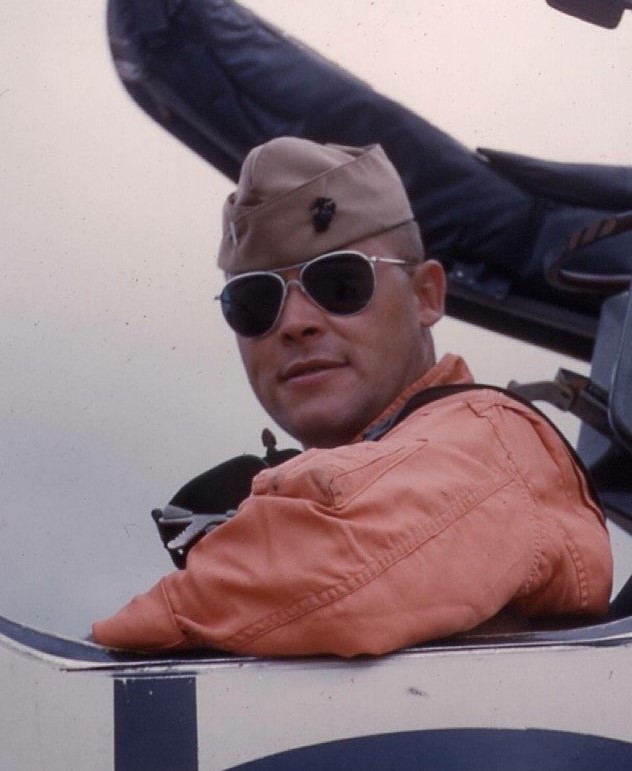 In late 1964 Tom separated from the active Marine Corps to be hired by Northwest Airlines on October 19, 1964. During his lengthy career he flew multiple crew positions on the Boeing 720/320, Boeing 727, 747 Classic and the 747/400. Tom was based in MSP, SEA, JFK, and DTW. Many new 727 captains learned the fine nuisances of flying the ‘three holer’under the tutelage of ‘instructor’ Tom Adams. Tom retired as a B-747/400 captain based at Detroit.

Tom and Marilyn Carlen were married in the 1960s and had two sons; today Kurt is a chiropractor in Silverdale, WA and Kelly is a pilot with United Airlines (he was formerly with Continental). The marriage dissolved in the 1970s. Tom married Loretta Rupp on August 28, 1982.

“His aerobatic career began with a self-built Pitts S-1C for use in regional IAC contests. He has earned multiple competition awards, including the ALL TEN award designation for proficiency in aerobatic flight through the IAC Achievement Award Program for proficiency in Primary through Unlimited categories. Adams is highly regarded as a judge after serving in that role for more than 200 contests. He is the 2010 recipient of the Robert L. Heuer Judges Award, recognizing his outstanding achievements made in competition aerobatics by a judge. He is also the 2015 Kathy Jaffe Volunteer Award winner, which was presented to him in recognition for his coaching, mentoring, new ideas for improving the sport, and encouraging others. Adams also served on the IAC board of directors for more than 28 years and served as a judge at the annual U.S. National Aerobatic Championships for many years.”

In 2018 Tom was also inducted into the EAA Hall of Fame for acrobatics.

Tom Adams was cremated and his remains have not yet been interned. Having other family members infected with Covid-19 is a major disruption for the normal end of life honors. Tom is survived by his wife Lori and his sons Kurt and Kelly.