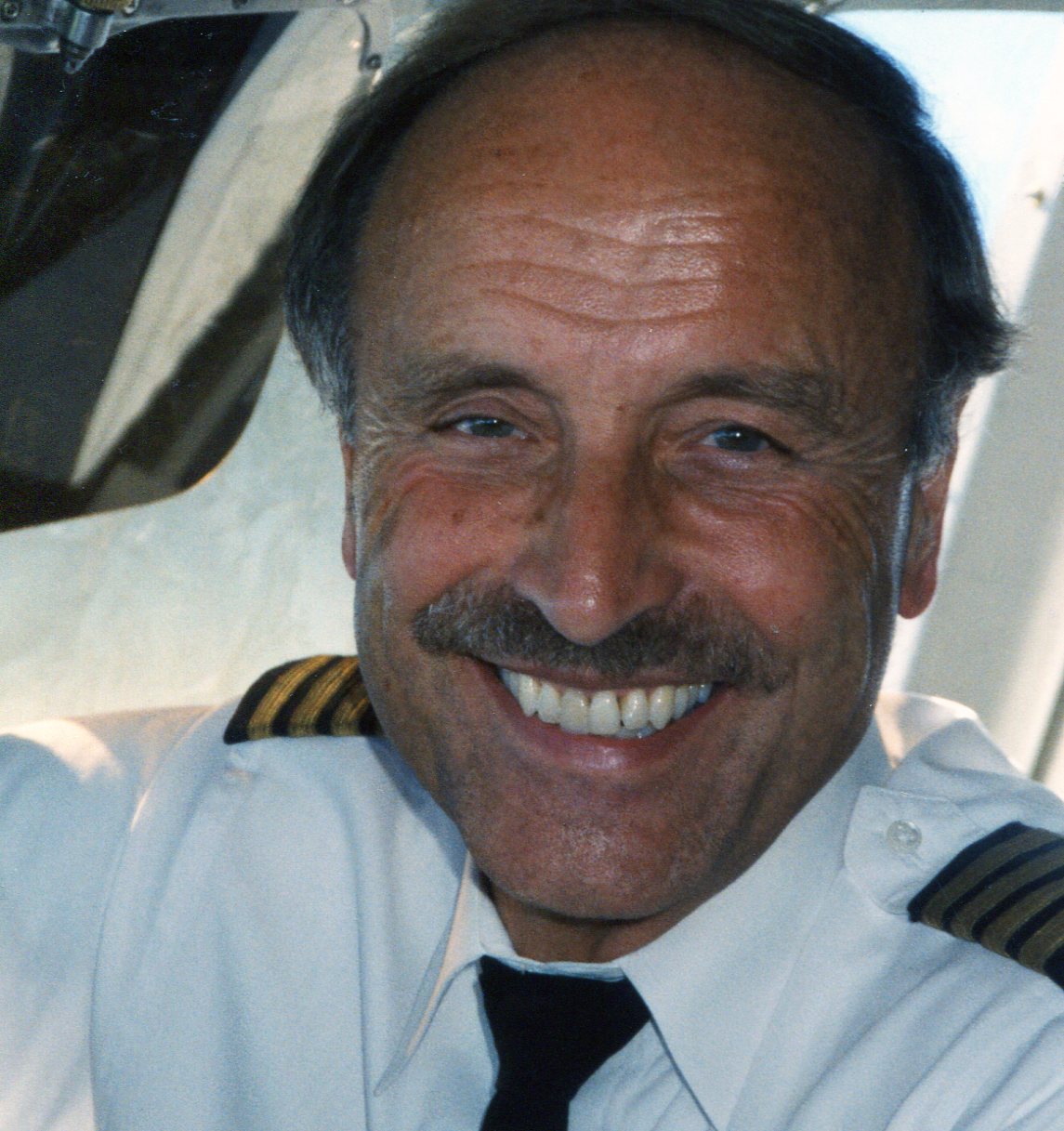 Sig may have had one of the most unique early backgrounds of any NWA pilot. He was born March 3, 1940 in a German Army hospital at Peenemünde, Germany to Rudolf and Ruthilt (Singer) Hermann. Sig was the second of four siblings.

Rudolf Hermann, Sig’s father, was the Director of the Supersonic Wind Tunnel Laboratory for the German Army Rocket Experimental Station in Peenemünde. Sig was three years old when on the night of 17/18 August 1943, RAF Air Marshall ‘Bomber Harris’ launched a 600 aircraft raid by three RAF Air Groups against Peenemunde. This was one of the RAF’s largest bombing raids in retaliation for V-1 & V-2 rocket raids. Family lore reports that Sig’s father quickly moved his family post haste to rural Bavaria.

By the end of WWII Sig’s father was the creator of a 7,000 mph wind tunnel at Kochel, Germany in the Bavarian Alps. As the occupying Russian forces nudged ever closer to Bavaria, Rudolf Hermann initiated contact with the US Army. Once the Army realized this man was the chief aerodynamicist for the V-2 rocket, the Army flew him to Wright Patterson Air Force Base in Dayton, Ohio under the umbrella of Project Paperclip. There is no doubt that Wernher Von Braun had a role in bringing Sig’s father to Dayton. Soon thereafter Ruthilt Hermann (mother) and her two children boarded a U.S. Navy troop ship loaded with returning U.S. military personnel. At first the voyage across the Atlantic in a crowded troop ship must have been frightening, but the American G.I.s proved both kind and helpful. This was just one of many events that assured Rudolph Hermann the United States offered his family a unique opportunity for freedom for his family.

In 1945 Sig’s father was employed as a consultant with the Air Engineering Development Division at Wright Patterson Air Force Base in Dayton, Ohio. In 1950, Rudolf Hermann left Wright Patterson AFB and joined the faculty in the Department of Aeronautical Engineering at the University of Minnesota. He served as both a researcher and teaching professor at the graduate level.

Many former Minneapolis/St. Paul (MSP) based NWA pilots will remember the WWII era Gopher Ordinance Works east of Rosemount in Dakota County. That facility was deeded to the University of Minnesota in 1948 and a portion of those grounds were designated the U. of M. Rosemont Aeronautical Laboratory. Rudolf Hermann worked at this laboratory, while also teaching at the University. Young Sig, now age 8, resided in one of the 25 staff houses on the grounds of the former Dupont facility. In time the family settled into a permanent home in West St. Paul, MN where he attended Henry Sibley High School. An active student, Sig participated in debate and captained both the basketball and track teams.

Dow AFB, Maine was Sig’s first post training combat squadron. From Dow AFB he rotated temporarily to Eielson AFB at Fairbanks, Alaska. Flying the KC-135 for Strategic Air Command from Eielson during this era speaks volumes about unique recon and refueling missions over the Bering Sea near the Soviet Union. In addition, Sig flew refueling support for a variety of aircraft over Vietnam. Sig seemed to enjoy his military flying.

After fulfilling his military obligation, Sig separated from the Air Force and returned to Minnesota where he was hired by Northwest Airlines on February 3, 1969. Sig began his career flying second officer (S/O) on the Boeing 727. In early 1970 Sig checked out as S/O on the Boeing 707 series with a crew base assignment to Seattle. The infamous 1970s strikes followed.

Sig was hit hard by the layoffs that followed the BRAC strike. Being fluent in German, he found employment with ‘Air Commerz’, a short-lived German charter company operating the 707-138B from Hamburg. In 1972 NWA recalled Sig to SEA as a 707/320 S/O.

During that time Sig lived with pilot pals in a home on Lake Sammamish near Seattle. One of these friends introduced Sig to Karen ‘Kitty’ Symington. The couple hit it off and in 1973 bonded together in marriage. Sig and Kitty gave birth to two daughters, Anna and Kristina Hermann. Sig enjoyed family life with Kitty, their free time was spent traveling, boating, gardening, and visiting a ‘get away’ near Darrington, WA. 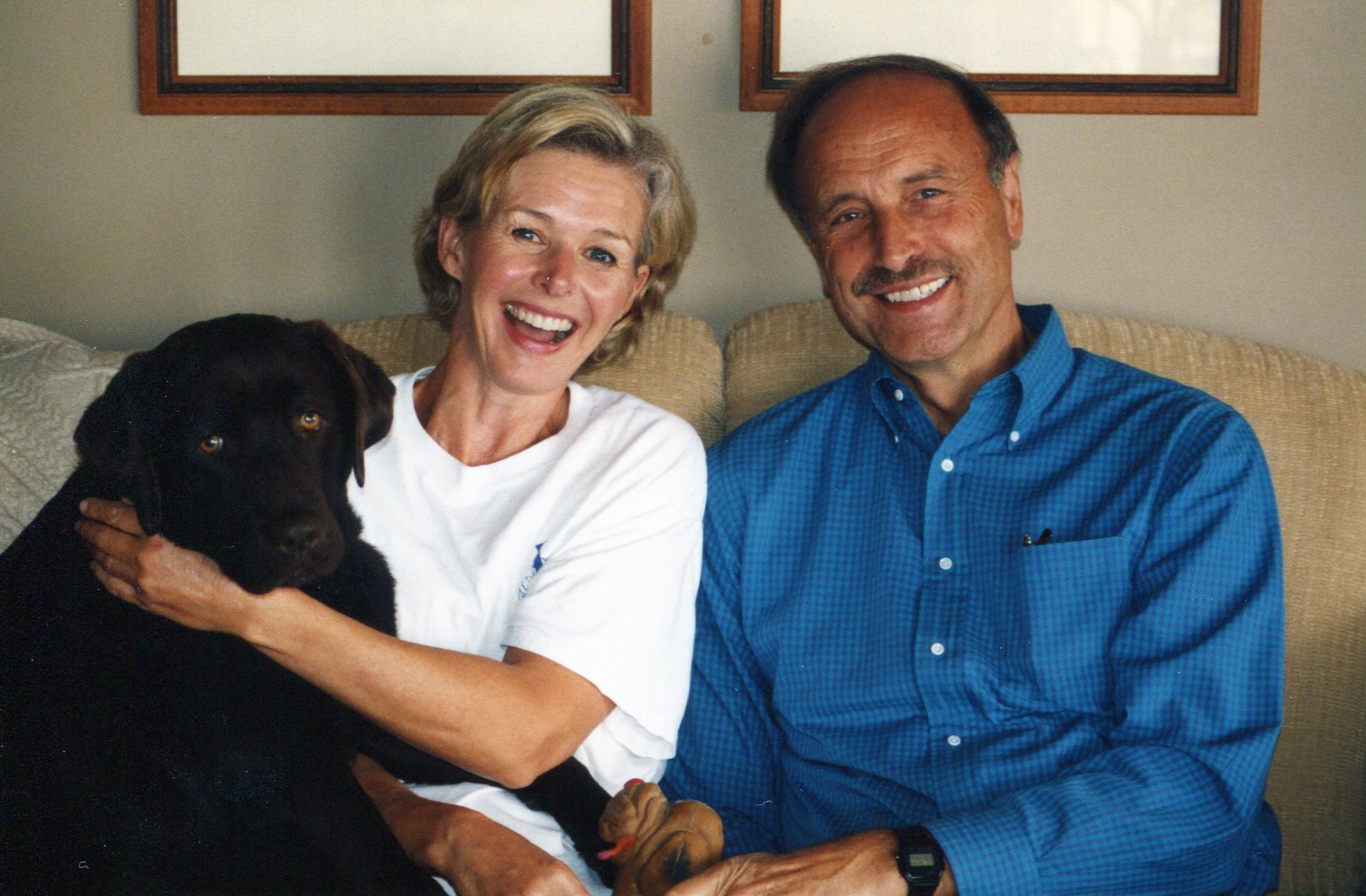 In his mid-fifties Sig developed a heart arrhythmia which lead to a medical retirement. In retirement Sig stayed active with travel and boating, his retirement also permitted him to fully participate with local choirs. In 2003 Karen became ill with a rare type of Parkinson’s Disease. For five years Sig was her loving caregiver, tragically Karen died on June 27, 2007.

About ten years ago Sig met Janet Rogge, MD who eventually became his partner. Janet was immensely popular with the North Puget Sound Retired NWA Pilot’s group. She and Sig were well matched and became a great team. In 2016 Sig had an accidental fall scrapping his leg which caused a MRSA infection (Staphylococcus aureus) resulting in hospitalization in the ICU ward. Janet intervened with Sig’s treatment protocols and may have saved his life. The following November Janet herself suffered a serious stroke. Again, Sig found himself totally involved in a supportive caregiver role. Janet’s recovery was slow. 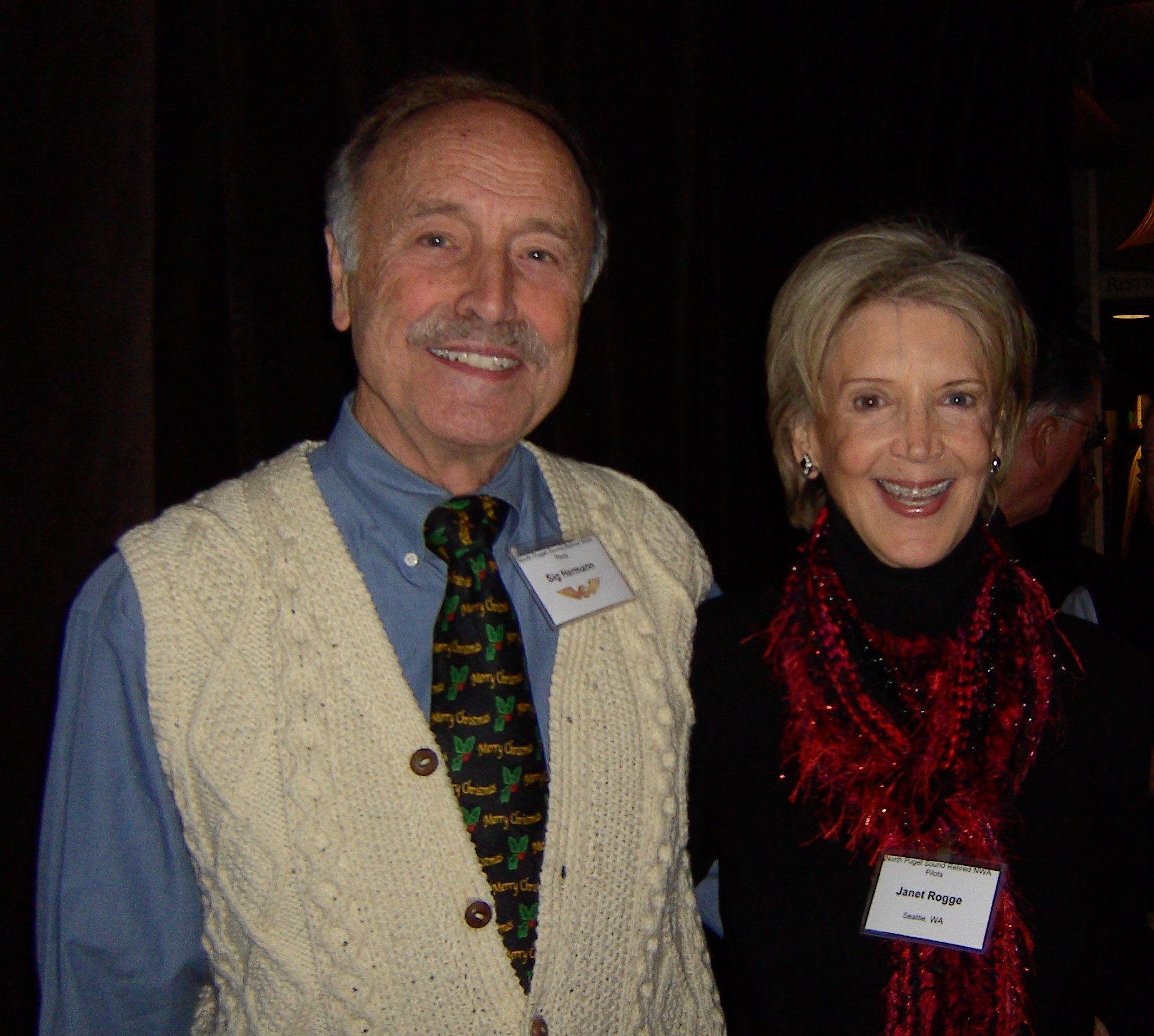 Family and friends were totally shocked to learn on May 21th2 that Sig himself had a severe aneurysmal stroke. After four days in intensive care at Swedish Hospital Sig died on May 25, 2020 – Memorial Day.

One of our pilot wives summed up our respect for Sig by saying, “Sig was one of the good guys and his absence will leave a huge hole in our hearts.” How true, how true.