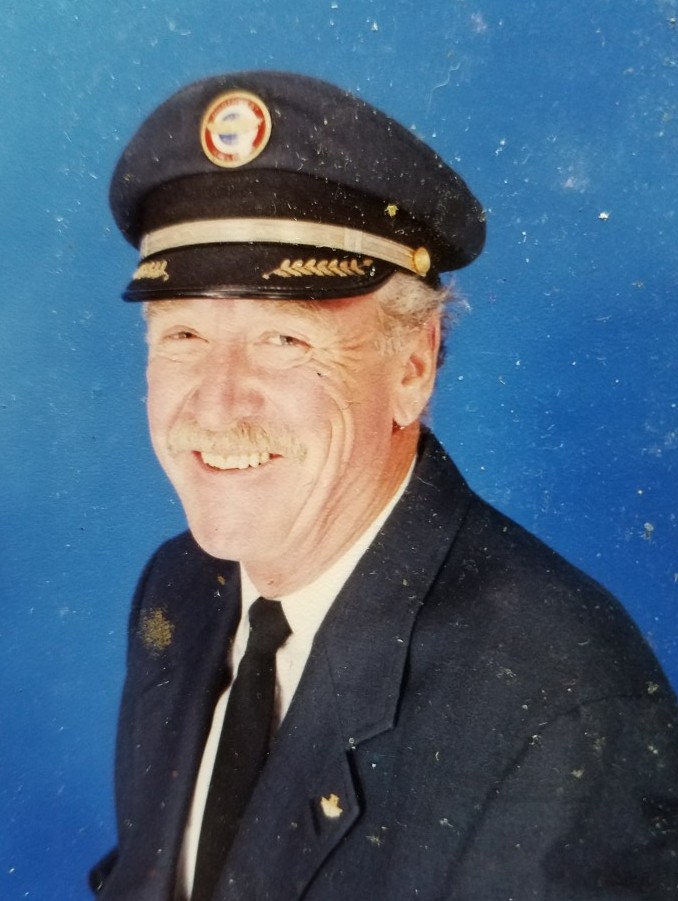 Captain George Tate Blair, age 77, of Bellevue, WA, died on April 28, 2020, at his home after a long battle with thyroid cancer. George was born on June 13, 1942 in Lewistown, Montana to Thomas and Edith Blair. He was raised on a farm in Brooks, MT and attended Fergus County High School in Lewistown, MT. It was there he met his future wife of 56 years, Judy Rolfsness. After completing high school, George attended Montana State University in Bozeman, MT. He and Judy married in 1963.

In 1964 George began flight training at Tom Herrod Flight School at Billings, MT. Herrod’s school was FAA approved and trained several future NWA pilots. George received dual instruction from future NWA pilot Sterling Bentsen. After earning his FAA licenses George applied to Northwest and traveled to MSP for an interview, but NWA turned him down for being shorter than the minimal height requirement. George grabbed his logbooks and went to United Airlines. United gave George the go ahead for Stanine testing. After learning he had survived the Stanine test, George called NWA Personnel to also inform them he had passed. Upon learning that George had passed United’s initial interviews and the Stanine, NWA told George: “You’re hired.”

George, at age 24, was officially hired by Northwest Airlines on November 11, 1966. The pilots in his NWA pilot class began their careers as second officers on the Boeing 707 series (720/320). As a junior second officer George flew many military (MAC) charters to Vietnam. Overall, he followed a standard career pattern of upgrades to 727 copilot, 707 copilot, 727 captain and DC-10 captain. Eventually George flew captain on both the classic 747 and the 747/400.  One of the check pilots who administered George a DC-10 six-month check, stated that “This was the best DC-10 check ride he had ever witnessed.

His 36 years as a pilot turned out to be the beginning of an adventurous life for George living in St. Paul, MN, Oahu, HI and then settling and building a custom home in Bellevue, WA with his wife Judy, daughter Pam and son Greg.

As much as George loved to fly and travel, he also loved nature, becoming a huge wildlife and National Park advocate. He was an outdoor enthusiast as a runner, a hiker and a great water and snow skier. He loved classic cars, air shows and enjoyed the Pacific Northwest with his boat and camper. George read voraciously, keeping up with world and political news. His favorite pastime all was being a grandfather to his two granddaughters.

George spent his active life giving generously to those around him and being a loyal friend. No matter how far away they lived from each other, George made time for his many friends across the country. He will be remembered for his warm smile, gentle manner, dry humor, and his love and appreciation for a beautiful sunset and a gorgeous moonrise. 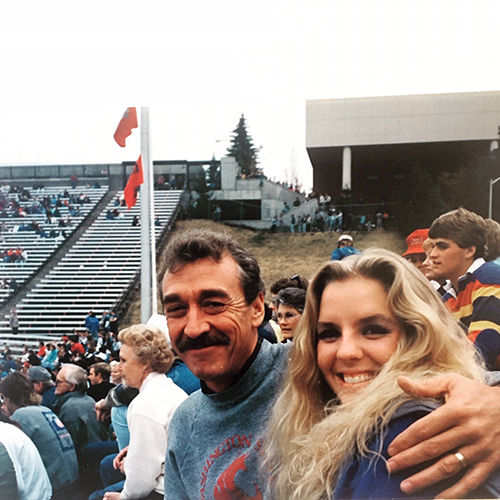 George Blair is survived by his wife, Judy, of Bellevue, WA, his daughter, Pam, son-in-law, Tom, granddaughters, Emily and Jackie, of Everett, WA, his son, Greg, of Redmond, WA, his sister, Betty, and brother-in-law, Tom Steele, of Sundance, WY.

The family suggests remembrances to the Seattle Cancer Care Alliance.