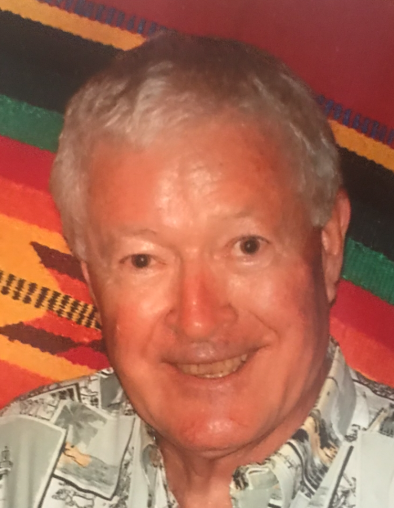 Michael was born January 26, 1936 in Aitkin to Francis and Oveline (Cartie) Cummings. The family moved to Brainerd, MN at a young age and there Michael attended school, graduating from Brainerd High School. He attended St. John’s University for two years and received an AA degree.

In 1956 Michael entered the USN Naval Aviation Cadet program at Pensacola, Florida. He earned his ‘Wings of Gold’ and was trained as a multi-engine pilot. One of his early duty stations was NAS Iwakuni, Japan where he met Joan E. Williamson. The couple married at Iwakuni on July 30, 1960. During their 12 years of active Naval service the couple were also stationed at Norfolk, VA, and Milton, FL; Michael also did sea duty upon the aircraft carrier USS America.

In retirement Michael and Joan spent their summers in Aikin, Minnesota and winters in Puerto Vallarta, Mexico. He enjoyed traveling with family and friends, watching the lake near Aitkin, taking long walks in the woods, deer hunting and boating. Family was important to him.

Michael is survived by his wife of 58 years - Joan Cummings; Sons Steve and David Cummings, Grandchildren Logan and Berit Cummings; Sister Marlene Arnold and Sister-in-law Jan Cummings. He was preceded in death by his parents and brother Francis Wayne Cummings.

After receiving a Christian burial at St. James Catholic Church in Aitkin, Michael was interned at St. Thomas Cemetery in Aitkin, MN.