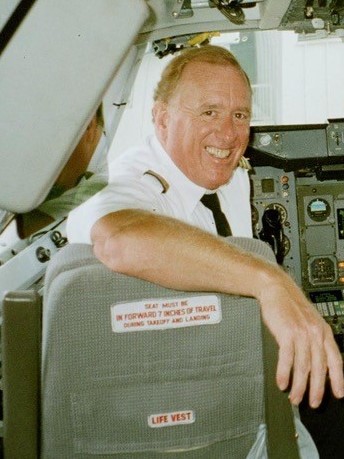 Captain Stuart ‘Stu’ Smith, age 78, ‘Flew West’ on April 14, 2020 at their seasonal residence near Honolulu, Hawaii.  His wife Kitty, a retired NWA/Delta pilot was at his side.

Stu was born in San Francisco on Jan 6, 1942 and adopted by Charles Gordon and Eunice Rowen Smith. Charles and Eunice were older parents who had tried for twenty years to have a child of their own. Stu became their only child

He grew up in the San Francisco Bay area where his father worked in real estate. His love of flying started at an early age. Like a lot of future airline pilots Stu had friends who were also learning to fly and some even owned airplanes. He never passed up a chance to go flying. When he discovered his parents were considering enrolling him in a Jesuit school, Stu lied about his age and enlisted in the Marine Corps. When Stu was a nineteen-year-old Marine his father died, since Stu was the only son, the USMC issued him a hardship discharge to return home and care for his mother.

Returning to civilian life, Stu worked at the Haight Ashbury Clinic as a photographer of clinical medical slides. He also studied at the University of California at Berkley. An earlier interest in aviation dominated his passion for surfing. Stu used the Bay Area abundant general aviation resources to acquire his FAA ratings. During the mid-sixties Stu had an opportunity to build his experiences and flight hours by delivering single and twin-engine airplanes from the Piper factory in Lockhaven, PA to destinations as far as Australia. On one ferry flight he had to “land” short on Norfolk Island due to weather. When the airplane and Stu were both refreshed, he continued onto the Gold Coast of Australia. 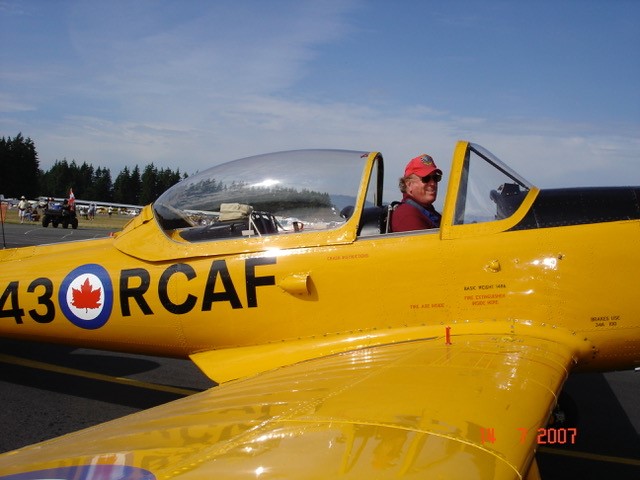 Pacific Airlines hired Stu in August 1966. Two years later the most junior pilots at Pacific Airlines were transferred to West Coast Airways at Seattle’s Boeing Field – Stu was one of those pilots. He purchased and lived on a cattle ranch near Enumclaw, WA. The Pacific Crest Trail passes to the east of the ranch near Enumclaw. Stu enjoyed horseback riding on the trail. As a rancher he cooperated with a veterinary school researching breeding reproduction characteristics of Limousin cattle involving embryo transplants, semen samples and zygotes

In time Pacific Airlines, West Coast and Bonanza all merged to become Air West Airlines. In 1970, Air West became Hughes Air West after Howard Hughes’ Summa Corporation backed the airline merger. In 1980 Hughes Air West, Southern and North Central merged to become Republic Airlines. The merger with Northwest is a familiar story. During his tenure with these multiple airlines Stu flew a variety of aircraft, including the: Martin 404, DC3, F27, DC9, B727, DC10 and the classic B747. Stu even managed to acquire logged flight time in the Ford Trimotor, several WWII aircraft such as the B-17and B-24 which he flew for the Collings Foundation.

After a thirty-six-year airline career Stu retired from NWA in 2002 as Captain on the classic B-747. Asked at retirement if he would miss flying for the airline, Stu replied “No, but I will miss the people.” 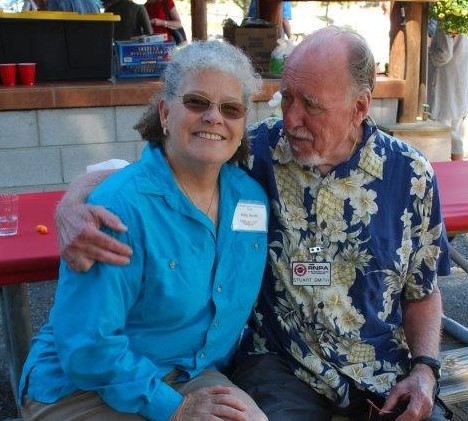 Stu was a special kind of people person. He and Kitty married on May 17, 1993 in Reno, Nevada. The couple decided to reside on Camano Island, WA with seasonal quarters in Hawaii. Upon becoming a NWA retiree Stu joined RNPA and linked up with the North Puget Sound Retired NWA pilots who warmly welcomed him. Stu and Kitty were faithful attendees at the group’s activities. Stu also belonged to the Anacortes, WA chapter of Quiet Birdman. He and Kitty owned classic/antique aircraft and restored/flew with warbird and antique aircraft groups.

Life ended for Stu on April 14, 2000 in Hawaii, not long after beginning hospice care. In the past Stu and Kitty had competed as outrigger canoe paddlers, his ashes will be spread upon Hawaiian waters by their canoe club members.