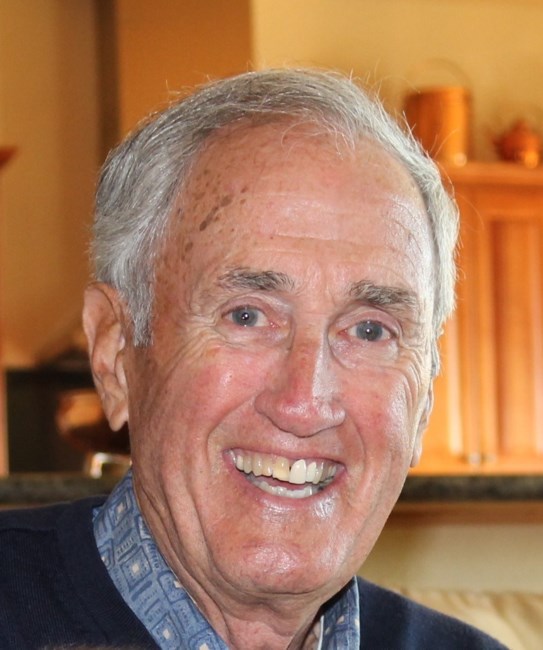 Captain John McAlpin, age 85, passed away on December 14, 2019. Born on September 16, 1934 to Thomas and Mary Agnes McAlpin in Minneapolis, MN. John’s father was a salesman for Liggett & Meyers Tobacco Company. John grew up in St. Cloud, MN and attended nearby Saint John’s University.

After two years of academic work at Saint John’s University, a friend convinced John to take the screening examinations and physicals for the USN Aviation Cadet (NAVCAD) program. John was admitted and began flight training at NAS Pensacola. Upon pilot training graduation John opted for a commission in the U.S. Marine Corps and initial duty as a multi-engine pilot. He served as a pilot in a variety of aircraft to include: the SNJ, R4Q (C-119), T-33, AD-3W, and the F9F Panther. Much of John’s active duty flying was spent flying the R4Q (C-119) in Europe and around the Mediterranean. While operating out of NAS Naples (Italy) John encountered the legendary Mafia mobster ‘Lucky’ Luciano. Lucky had been deported from the US to Italy and resided in a hotel used to house transit NATO flight crew. Apparently, the mobster had an ‘open door’ policy toward airmen and especially enjoyed discussing major league baseball with John. Pro baseball was something Luciano greatly missed about the USA. In 1958 John few direct support flights for U.S. Marines deployed in Lebanon during the 1958 Lebanon Crisis. This Middle East crisis was provoked in part by Egypt’s Gamal Nasser during a period of particularly high level of political and religious tension. After separating from active duty John served with the USMC Reserve at NAS Twin Cities.

Northwest Airlines hired John on March 13, 1959. His initial pilot qualification was as copilot on the DC-4. In time he also flew the DC-6, DC-7, Lockheed L-188 Electra, Boeing 707 series, and the 727. John’s initial captain qualification was on the Boeing 727, later he held captain bids on the Boeing 707 series (320/720s), nine years on the DC-10, culminating with his final checkout in 1990 as a Boeing 747/400 captain. The author of this obituary received his initial operating experience training (IOE) as captain on the 727 from John McAlpin. 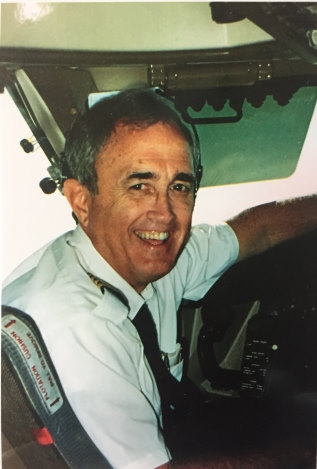 In the fall of 1973 John met the love of his life Marianne Louise Kvan. Marianne was a Norwegian beauty from Wisconsin, whose family was from Sognefjord, Norway north of Bergen. The couple married on May 5, 1974 and in time welcomed two daughters into their union.

John loved hunting and fishing with his fellow RAMS, attending sporting events, and golfing with friends. A prolific reader, John especially liked biographies and military history of the WWII era. He delighted in traveling the world with his family, spending many summers in Norway. After retirement John and Marianne frequently traveled to Sydney, Australia where they met many lifelong friends. In later years, the pull of family and new grandchildren brought John and Marianne to Castle Rock, Colorado.

John is preceded in death by his parents, Thomas James McAlpin and Mary Agnes Connolly; his infant brother, Robert McAlpin; and his brother, Thomas McAlpin. He is survived by his wife of 45 years, Marianne; daughters, Erin Eiselein and Kara Burnham; and four grandchildren

A Memorial Service will be held in Edina, Minnesota in May 2020; more information will follow. John will be laid to rest at Fort Snelling National Cemetery in Minneapolis, Minnesota