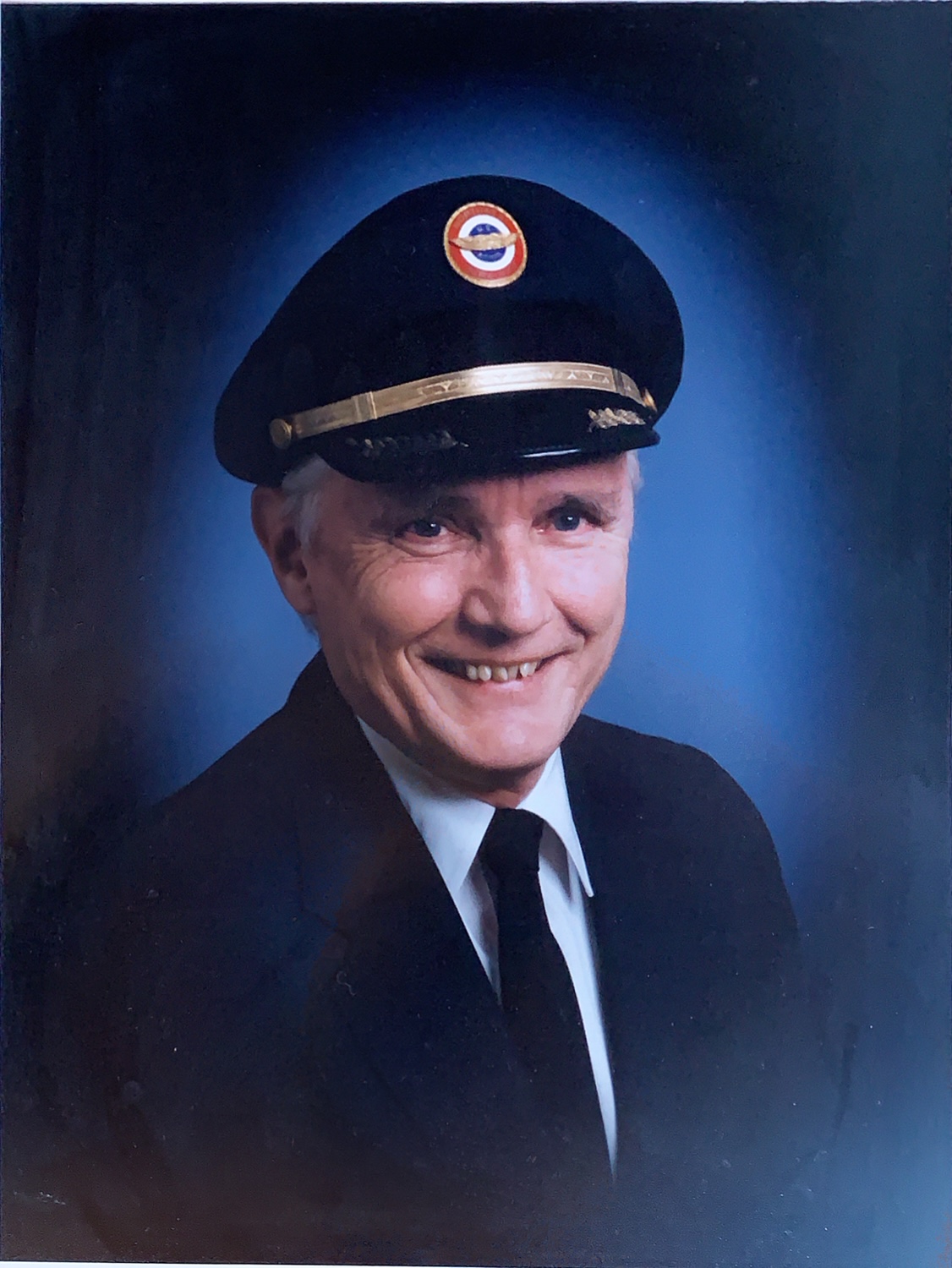 Captain James Allen Bestul, age 86, of Excelsior, Minnesota flew west for the last time on Nov. 07, 2019. Son of Sylvan and Rebecca (Ensberg) Bestul, Jim was born in Washington DC and grew up in Arlington VA and Bremerton WA. Jim was the oldest son, having a younger brother. For thirty-four years Jim’s father was an astronomer at the U.S. Naval Observatory. Due to his father’s employment Jim attended his first three years of high school in Bremerton, WA and then his senior year back in Arlington, VA. Despite his fragmented high school experience, Jim played the trombone in high school marching band in Bremerton. He also played in a Dixieland jazz band.

Jim spent four years at Capital University in Columbus, Ohio; where he studied accounting, graduating in 1955. A friend convinced Jim to look into Naval Aviation. Jim whizzed through the screening tests. Now having completed his bachelor’s degree Jim was off to Pensacola for pre-commissioning officer training followed by primary pilot training. The Pensacola training was followed by advanced training at NAS Corpus Christi, Texas.

Having earned his Naval Aviator wings of gold, Jim underwent transition training for multi-engine seaplane duty in the Martin P5M, a R-3350 powered twin engine seaplane. His first duty station was almost a dream assignment - VP-45 at Kindley AFB, Bermuda. The primary mission of VP-45 was anti-submarine patrolling which involved rather hazardous flying at low altitudes. While serving with VP-45 Jim did a bit of personal patrolling on his own and discovered the lovely Nancy Chapman. Nancy was a DOD contract schoolteacher serving the needs of Air Force dependents at Kindley, AFB. The couple’s relationship grew at Kindley but they had to temporarily part ways when Jim left active duty to seek airline employment.

Jim was hired by Northwest Airlines in MSP on March 13, 1959, and soon checked out as copilot on the DC-4. Nancy had to remain in Bermuda to complete the academic year. By summer Nancy Chapman had returned to her hometown of Braintree, Mass. where she married Jim Bestul. Incidentally, Braintree is where five generations of Nancy’s family were married, all the back to her great – great grandmother.

Now married, Jim and Nancy set up residence in Bloomington, MN. During his long NWA career Jim acquired an extensive list of type ratings: he was rated in the DC-3, DC-4, Convair CV-240, 340, 440, Boeing 727, DC-10, and Boeing 747 classic. In addition, Jim also flew copilot in the Boeing 707 series. By the spring of 1962 Jim and Nancy had settled into Minnesota life, but alas they were hit by the massive 1962 layoffs. Jim opted to return to Naval Aviation at NAS Pensacola (Mainside). For the better part of three years Jim flew USN transports of all types, including flying support for the Blue Angels. The Bestuls arrived NAS Pensacola with one infant son and three years later departed Pensacola with two.

Jim was recalled by NWA in late 1964, resettling in Burnsville, MN. When their sons were out of college and on their own Jim and Nancy moved to Excelsior, MN where they resided for the long term. Jim really enjoyed the NWA line flying which continued until his age sixty retirement on July 28, 1993. During the child rearing years, the family grew fond of summers spent sailing on Lake Superior near Bayfield, Wisconsin. The boys grew up learning to sail a Morgan Out Island 33 in the Apostle Islands, where the also acquired other important outdoor skills from their father.

By the 1980s the PC computer had been refined and readily available to the public. Jim embraced computer technology with enthusiasm. From a pencil and paper project of categorizing all American airplanes Jim developed a huge computer program categorizing over 15,000 airplanes including at least 10,000 supporting photographs. This program, which was still growing at the time of his death, is today at the Smithsonian Air and Space Museum.

Among the other unusual things Jim did in retirement was the restoration of a Farmall M tractor. The interest in Farmall tractors goes back to Jim’s teen age years working on his uncle’s farm in South Dakota. The first summer after retirement Jim took his tractor down to bare metal and totally restored it. Today the Farmall M is going strong for son Greg who uses it to harvest hay near Lester Prairie, MN – good work Jim.

Jim and Nancy Bestul were married for sixty years. Jim is survived by his wife Nancy; his brother Bruce; sons, Greg and Doug; and grandchildren Kimberly, Erica, Laura, Matthew and Alex. Jim and Nancy’s sons are airline pilots. Greg flies for American Airline and Doug for Delta. Grandson Alex will graduate from the U. of North Dakota this spring with a degree in aviation management. He is already building flight time as a flight instructor at UND. Alex is now a third-generation pilot.