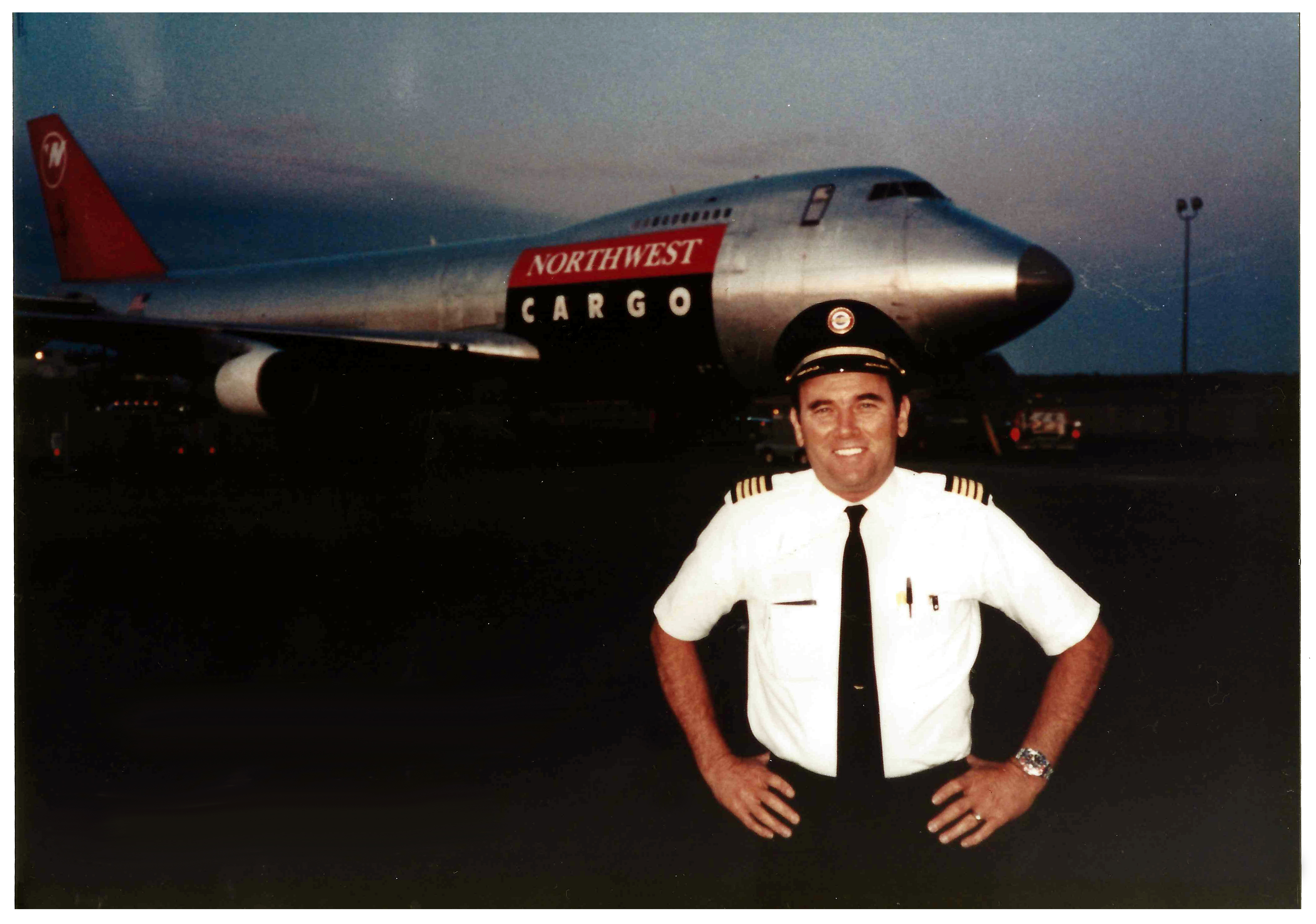 Captain Ned Best, age 78, passed away the morning of July 24, 2019 surrounded by his loving wife of 39 years and their three grown children. Ned was born an identical twin to Samuel and Helen Best on October 28, 1940 in Tulsa, Oklahoma.

Ned earned both a Bachelor or Arts and a Bachelor of Science degree from the University of Tulsa in 1962. Between the academic school years he found summer work fighting wildfires in Idaho, where he fell in love with the Pacific Northwest, vowing to someday make it his home. In addition to his academic studies at the University of Tulsa, Ned completed four years of Air Force ROTC and upon completing his degree was commissioned a Second Lieutenant in the Air Force Resesrve.

Three months later, on August 24, 1962 Ned entered USAF Pilot Training at Laredo AFB, Texas. While undergoing Undergraduate Pilot Training at Laredo AFB he flew the T-37 and T-33 jet trainers. After earning his silver wings Ned was sent to Castle AFB, at Merced, CA for SAC crew training in the KC-135. Upon completion of crew training he was assigned permanent station (PCS) to the 407th Air Refueling Squadron (SAC) at Homestead AFB, Florida.

Ned served at Homestead AFB until released from active duty in late 1967. Never one to sit still, Ned began his long and gratifying career as an airline pilot when he was hired by NWA on December 04, 1967. To know Ned Best of NWA meant that you also knew Paul Best, his identical twin. Ned had convinced his brother Paul to abandon police work, learn to fly, and join him in applying for work as a pilot. They were hired in the same class. Paul by virtue of being born five minutes earlier received one seniority number senior to Ned. 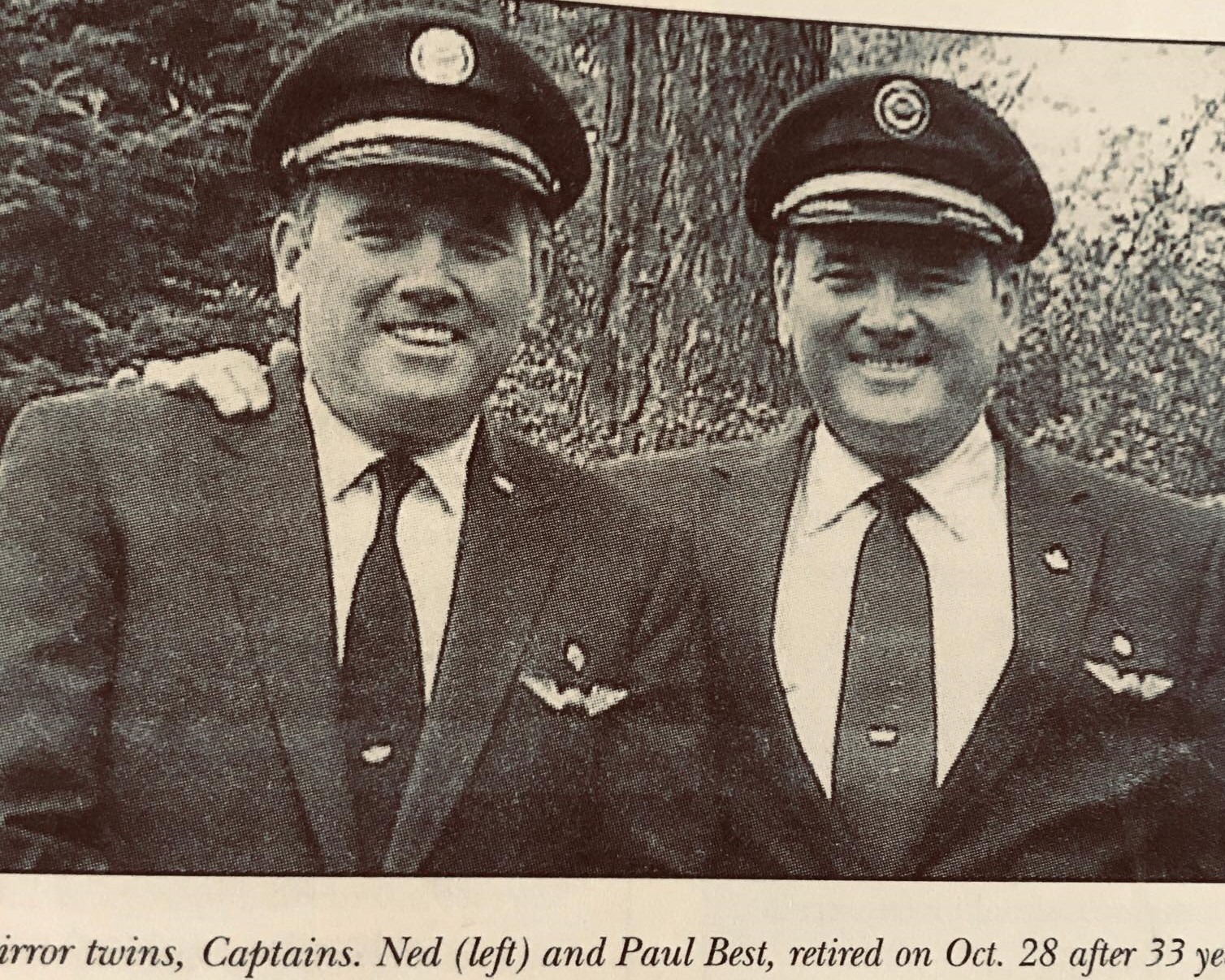 The Best twins flew for NWA for 33 years, retiring on their 60th birthday on October 28, 2000. During their careers they flew the Boeing 727, the Boeing 707 series and all three positions on the 747/200 (‘classic’). Ned’s initial captain checkout was on the 747/200. He loved flying the ‘classic’ 747 and flew his final NWA flight on that aircraft. Ned’s passion for flying continued in his retirement years as a member of the Blackjack Squadron at Arlington Airport (Schierman Field) WA. The Blackjacks are mostly retired aviators who fly various version of the Van’s Aircraft series of kit airplanes. Many memorable moments were made possible for those adventurous enough to join Ned in his RV-6 as he performed hammer head stalls and aileron rolls.

As the planes got bigger, and the schedules better, Nel made good on his promise to return to the Pacific Northwest, making his home in Seattle. Ned met Washington native and Alaska Airline flight attendant Sally Meranda in 1979. Undeterred by her statement, “I don’t date pilots,” he quickly proved to her he was no regular Joe, as a result they were wed on February 06, 1980 at the courthouse in downtown Seattle. Ned and Sally raised two daughters, Sara and Corie and a son, Sloane, in Redmond, WA where they resided until 2017.

Ned was diagnosed with Parkinson’s Disease in 2001. His positive and gritty character pushed the outer limits of the illness. He lived for 18 years with this insensitive disease, yet never uttered a word of self-pity. He lived every day with a smile, humor, and love. He watched all three of his children marry and have children of their own. Sally fiercely fought the struggles that came as his condition worsened. She stood by him, cared for him, and will love him until the day they are reunited to rest in peace.

His family will remember Ned for his exuberance for life. He truly loved it. Ned was a voracious reader with an encyclopedic mind. A student of history, especially WWII, he enjoyed all subjects and could converse with anyone about anything. Teaching his kids all the things in life to enjoy and appreciate was Ned’s favorite thing about being a parent

Donations in his name can be made to Hospice Care of the Northwest in appreciation for their care and support for those in need.  https://www.hospicenw.org/how-you-can-nelp/make-a-donation/

On August 31st, 2019 in a private family event, the loss of his life will be mourned and a military salute will honor his service as he is laid to rest among fellow veterans at Greenacres Memorial Park, 5700 Northwest Dr, Ferndale, WA 98248