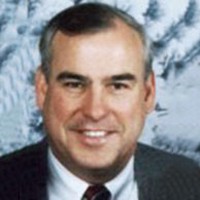 Captain Peter Campbell, age 76, passed away March 27, 2019 surrounded by family. Born at Fergus Falls, MN on February 7, 1943 to Christian and Eunice Campbell, Pete was the first born of five children including four sons and one daughter. He grew up in the Twin City area and graduated from Burnsville High School. As a high school student he played football, basketball and baseball. A classmate described Peter as….. “one of the best in the class, funny, fun to be around, cute, smart.” Pete was chosen by his classmates as the 1960 Burnsville High School Homecoming King.

After high school Pete attended the College of St. Thomas for two years before transferring to Winona State University (MN) where he earned his degree. With degree in hand Pete entered the US Navy Aviation Officer Candidate (AOC) program followed by flight training at Naval Air Station (NAS) Pensacola. Most of Pete’s United States Navy active duty was served in the Pacific flying the C-130 from NAS Subic Point and Agana NAS on Guam. Much of his flight time was logged flying into and out of Vietnam. After separating from the active Navy, Pete stayed in the US Navy Reserve flying the C-118 with VR-52 at Selfridge Air Force Base, MI until retiring from the USN reserve.

Pete enjoyed his 28-year airline career, starting with North Central Airlines flying the Convair 580. He also flew the DC-9 with both North Central and the newly formed Republic Airlines. After the Republic/Northwest Airlines merger he flew a variety of NWA airplanes and retired as DC10 Captain.

Pete had two daughters by his marriage to Alexis Campbell. Pete was proud that, like their father, both daughters were strong swimmers. He was also very proud of his daughters’ academic successes.

After retiring, Pete continued to pursue his life-long passion for travel, whether around the world or to northern Minnesota for freshwater fishing, but also loved his time at home in the St. Croix river valley.   A dedicated member of American Legion Post 48 at Stillwater, MN, he was Legionnaire of the Year in 2009 and Post Commander.

Pete was also a caring big brother. He doted on his grandson, Theo, and was thrilled by the news that his first granddaughter would be born in late May. Pete is survived by daughters, Eryn (Dan) Billings, Caitlin Campbell; their mother, Alexis Campbell; brothers, John (Marlys), James (Monica), Thomas (Abbe); grandchildren, Theodore and Elliana Billings; many nieces, nephews, and friends. Peter Campbell built strong friendships wherever he was. Family and friends knew Pete as a generous man with an irreverent sense of humor. He found fun and adventure and built strong friendships wherever he went. He will be missed.